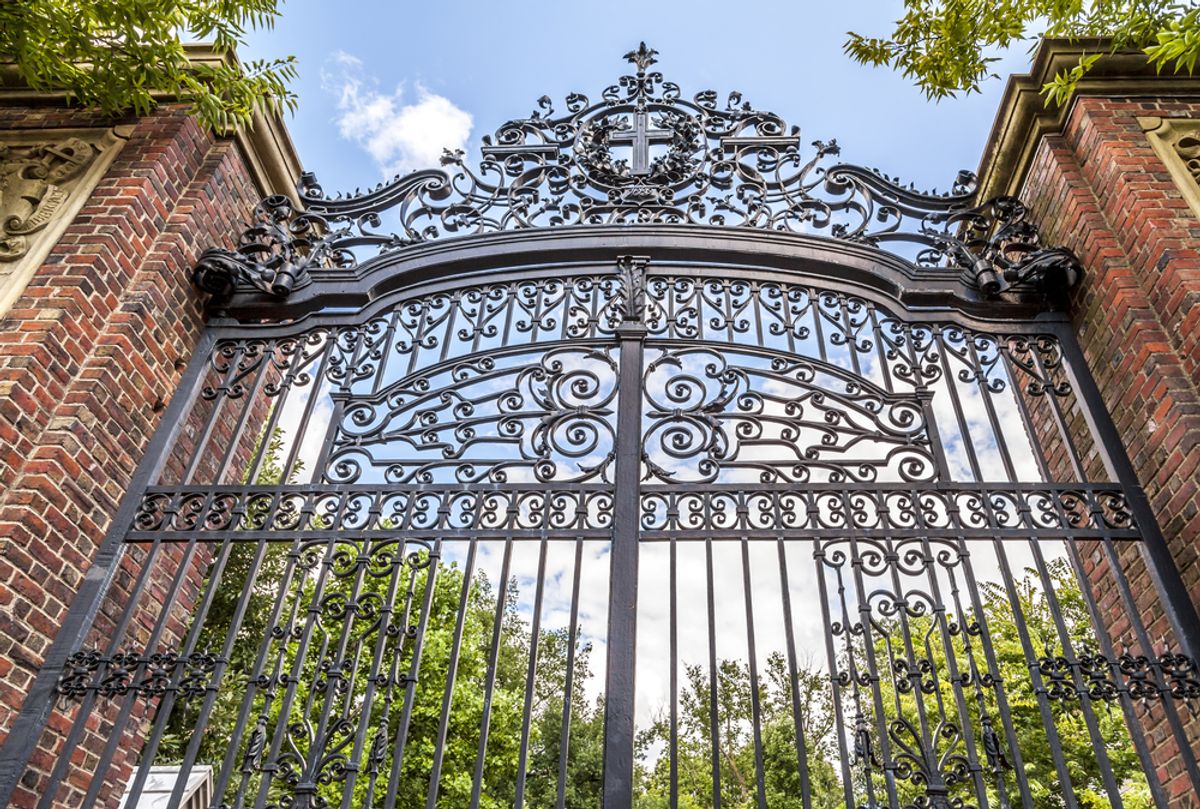 Harvard's got to be kidding about this one. Nearly as high-profile as Stanford's decision to divest from coal has been the East Coast university's continued refusal to so. The faculty want divestment. Students want it so bad, they're suing. And yet just as pressure was mounting up, according to a damning report from the Guardian, Harvard actually increased its holdings in oil and gas companies -- by a factor of seven -- over the third quarter of 2013.

Basically, the university's gone from divestment-ambivalent to full-on pro-fossil fuel, and it's not a flattering look. Reporter Suzanne Goldenberg points out that the school, which has a $32.7 billion endowment, has now expanded its stake to include companies involved in the Gulf Oil Spill. Jim Recht, an assistant professor of psychiatry at the Harvard Medical School, calls the $79.5 million now invested in the fossil fuel industry "blood money."

Harvard's president, Drew Gilpin Faust, has argued that "the endowment is a resource, not an instrument to impel social or political change," while Jeff Neal, a university spokesperson, stressed that the school just has different means of addressing the climate threat. "Harvard has been, and continues to be, focused on supporting the research and teaching that will ultimately create the solutions to this challenge,” he said in a statement.

But not everyone's buying that. In an open letter to the university signed by 93 staff members last year, divestment advocates argued that "divestment is an act of ethical responsibility, a protest against current practices that cannot be altered as quickly or effectively by other means."

"The University either invests in fossil fuel corporations, or it divests," they wrote. "If the Corporation regards divestment as 'political,' then its continued investment is a similarly political act, one that finances present corporate activities and calculates profit from them." You can imagine, then, what they're saying about increased investment.

In a well-timed article just published today in Rolling Stone, Tim Dickinson furthers the case for divestment's effectiveness, debunking some commonly held myths (i.e., it "costs too much;" it "doesn't do anything") along the way. But if Harvard's going to insist on playing the villain to its own students' future, it would at least do well to consider this point, which stands in the face of common logic that fossil fuels are a "safe" investment:

Past performance, they say, is no guarantee of future results. And nowhere is this more true than with investments in fossil-fuel companies. The "spasms of volatility" now roiling the oil markets, [Donald Gould, chief investment officer of L.A.-based Gould Asset Management] says, may cause portfolio managers to rethink the orthodoxies of oil stocks: "The risk," he says, "may be higher than it used to be."

...The overall shock to the value of oil companies posed by...low-carbon targets, HSBC's analysts wrote, could be "equivalent to 40 to 60 percent of the market capitalization of affected companies." Free-market orthodoxy – specifically the theory of "efficient markets" – would argue such future risks are already reflected in a company's stock price. But it appears increasingly likely that the market in Big Carbon stocks is no more "efficient" than the subprime mortgage market was circa 2007. In a warning that should keep anyone with oil in their portfolio up at night, HSBC cautioned, "Because of its long-term nature, we doubt the market is pricing in the risk of a loss of value from this issue."