A bloc of ultra-conservative House GOPers are starting a new group for themselves. Most exclusive club in town! 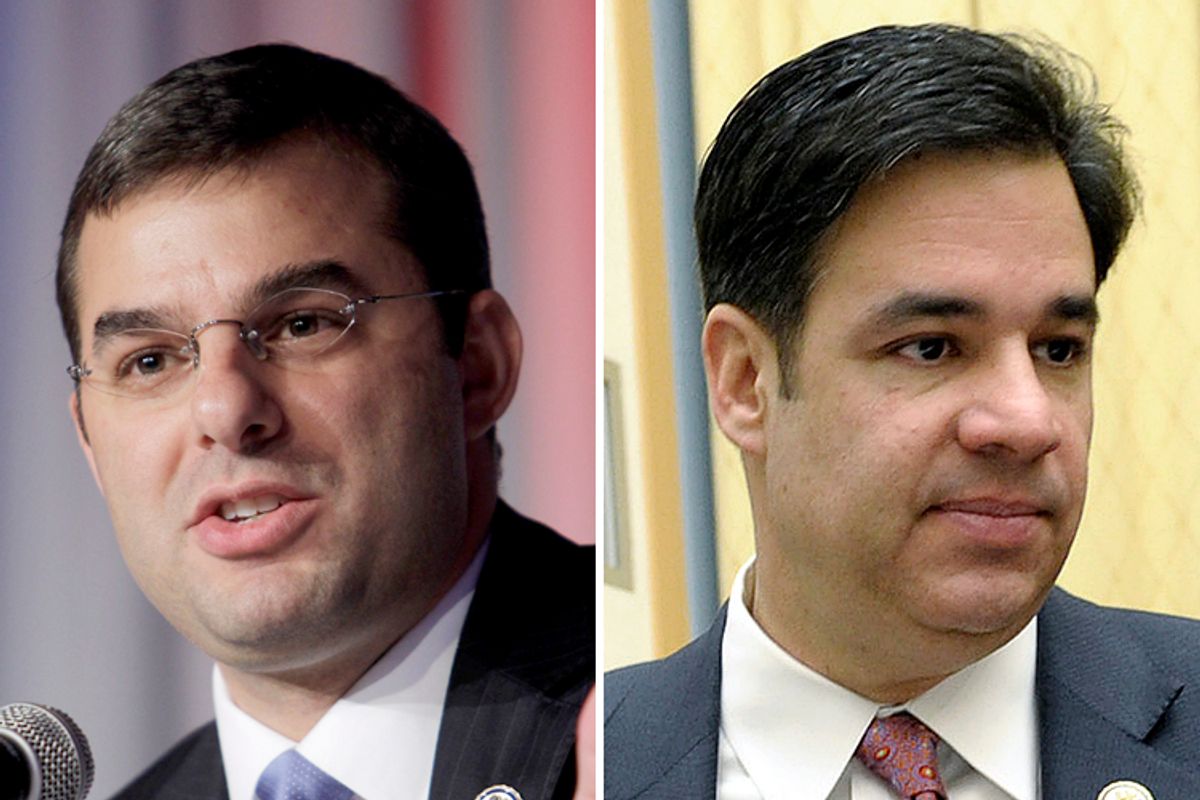 Have you guys heard about the kewl new conservatives club in the House? You haven't? Of course you haven't, losers. It's way too cool for the likes of you to ever be invited to. How many "illegal immigrants" have you personally thrown back over the fence, how many gay weddings have you broken up? You ever blocked a debt ceiling increase because it didn't include a balanced budget amendment to the Constitution, bro? Maybe they'll consider letting you in, later -- when your conservatism improves.

No but really, there is a new "No Homers Club"-esque society of fellows forming in the House, National Journal reports. A bloc of conservative legislators are quitting the already super-conservative Republican Study Committee for its perceived lack of True Conservatism and alignment with the Republican leadership. The Republican Study Committee, formed in the 1990s to represent the right flank of House conservatism, now counts as its members most of the GOP conference. It was cool until everyone joined, basically. You know how it is.

So they will form their own club that will meet in Rep. Jim Jordan's treehouse. His mom will make lemonade and snickerdoodles and then leave them alone, to play.

House conservatives are plotting a mass exodus from the Republican Study Committee as soon as next week over simmering dissatisfaction with the group's direction.

The members have been talking for weeks, and they met Monday night to formalize their plans to institutionalize a competing, invitation-only organization that they see as a real conservative caucus that can push Speaker John Boehner rightward.

Once a bastion for the conservative movement, the RSC has strayed too far from its original mission and been co-opted by the same party leaders it is meant to exert pressure upon, the members believe.

The Republican Study Committee, though now deemed ineffectual by the real conservatives, is no joke. It produces its own budget resolution each year, for example. And in recent years it's the one they've brought up as the real conservative alternative to the Ryan Budget, which they deem insufficiently sadistic. That the size of the RSC has blossomed in recent Congresses doesn't mean it's somehow loosened its conservative principles; it's more that the House Republican conference itself has shifted dramatically to the right.

But you can never go far enough to the right for some. Here's the initial roster:

The new group, which does not yet have a name, is being de-facto led by former RSC Chairman Jim Jordan, although the formal leadership structure could change. It will also include Rep. Mick Mulvaney, who lost an election to become the chairman last year, disappointing many conservatives. The other founders are Reps. Justin Amash, Ron DeSantis, John Fleming, Scott Garrett, Raul Labrador, Mark Meadows, and Matt Salmon. Most but not all of those members are expected to renounce their RSC memberships, along with other members who will join the group.

The plan is to form a far-right bloc that votes together and effectively pushes John Boehner rightward. It's invitation-only, to keep out the posers, RINOs, spies and, at least so far, women, who have cooties.

If it wants to achieve its goal of "moving John Boehner rightward" -- as if John Boehner doesn't already pursue the furthest possible rightward post he can take without permanently shutting down the government or arbitrarily destroying the nation's credit/global economy -- it's going to have to start sending out those invites right quick. Republicans increased their majority by 13 votes in the last election. The same old band of 15-20 rebels won't get the job done anymore; Boehner can afford around 30 defections now from within his conference. No matter how cool they may be, they're going to need more than the 9 dudes listed above to have any sort of leverage in their constant attempts to embarrass their party.

But once you start letting more people in you're losing your edge, man, your mystique. Ugh. Being a real conservative is so hard!