From nipples to Chick-fil-A, Jon Stewart sifts through freedom of expression 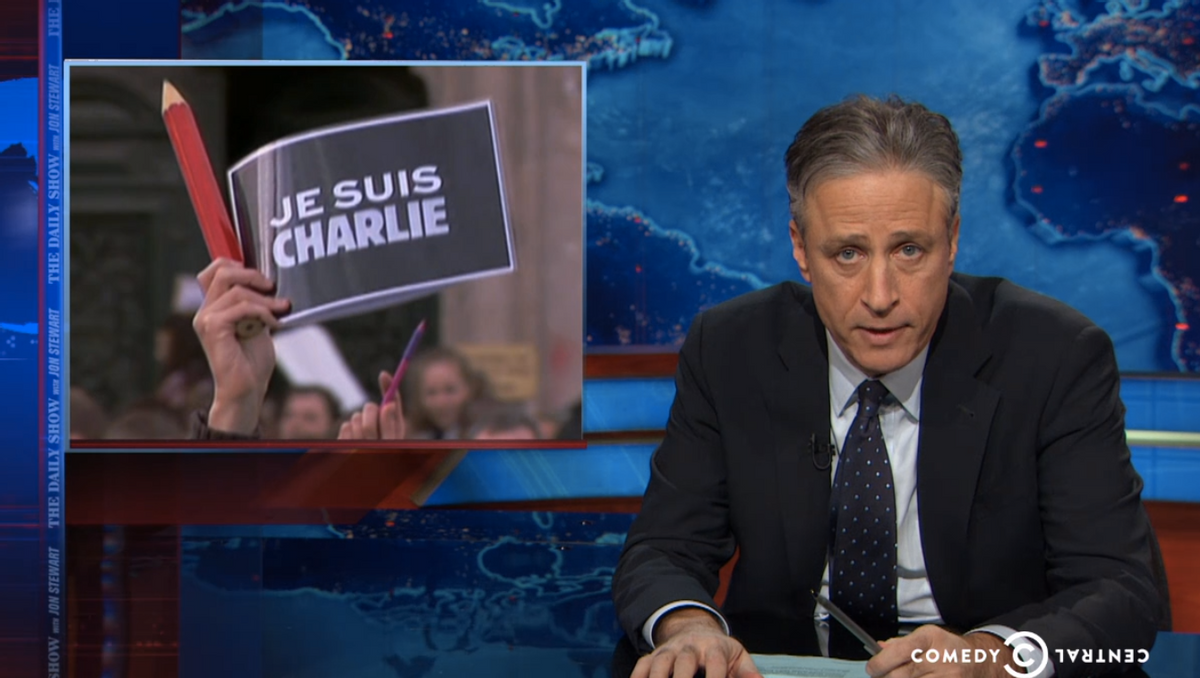 In particular Jon Stewart was trying to navigate recent events in France -- from the attacks in Paris, to last Sunday's rally for free speech, and the recent arrest of an anti-Semitic French comedian who wrote on his Facebook that he supported the Paris attacks.

"Je suis confused," Stewart stated. "Arresting someone for saying something days after a rally supporting the right to free expression. Ehhh it's a little weird." Watch Stewart attempt to make sense of this: