Lena Dunham on book backlash: "I don't care what conservative white men think about me" 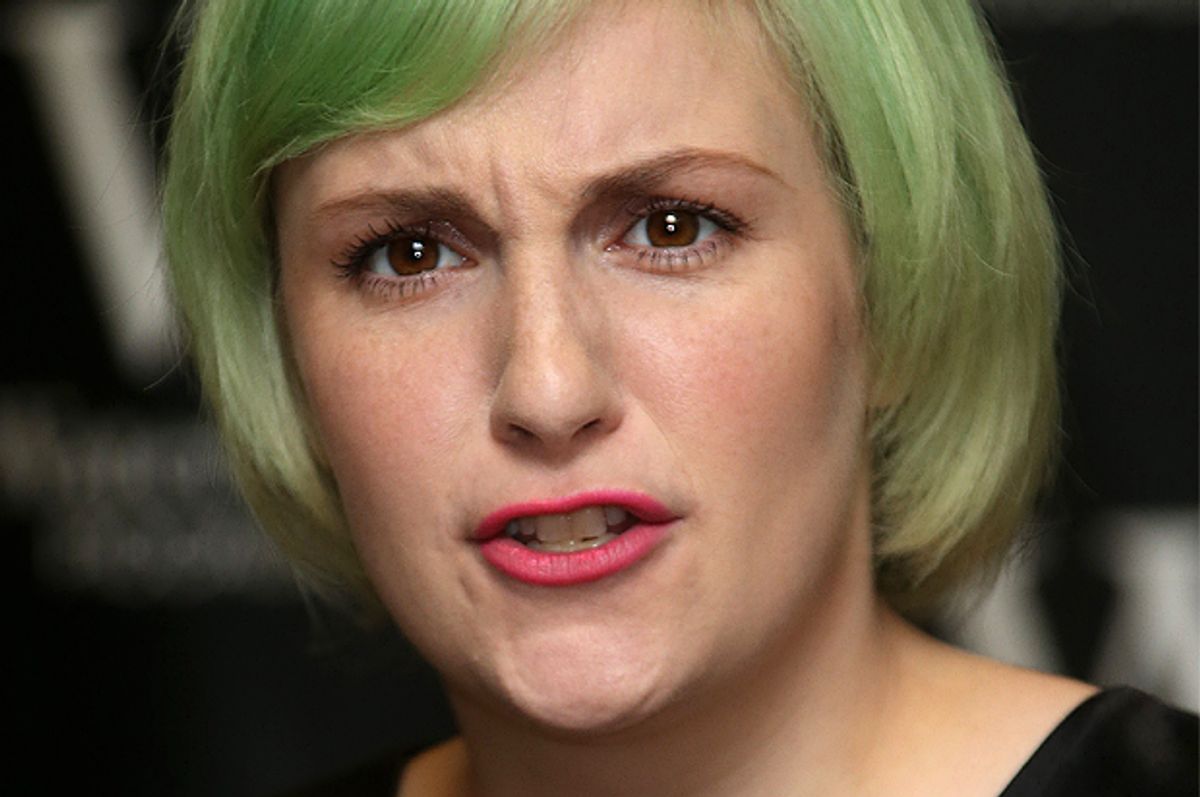 Lena Dunham sat down with Grantland's Bill Simmons this week for an episode of his B.S. Report podcast, and she didn't shy away from discussing the right-wing backlash to her recent memoir, "Not That Kind of Girl." Over the past several months, a number of conservative media outlets have accused Dunham of sexually abusing her younger sister, Grace, and of fabricating an instance of sexual assault recounted in the book. While the "Girls" creator has responded (on more than one occasion) to the controversy, she explained to Simmons that her reactions weren't meant to appease her critics.

"I can spell it out really clearly," Dunham said. "I don't care what conservative white men think about me, but I do care if anything I write is painful for survivors of sexual abuse, or if anything I write is painful for other feminists. The difference between not caring what your 'enemy party' thinks of you and caring about how you affect people whose values line up with yours is very vast."

Dunham went on to say that her work is overlaid with her efforts to be "sensitive" to other people's experiences, with recognition of the fact that one can't please the world. "I always try to walk that line between making work for me, but being sensitive to the fact that there are a lot of different people who have been through a lot of different things," she said. "And then tuning out -- there's always that certain audience that will never be pleased with anything I do. To try in any way to predict their actions or pander to them is a hopeless pursuit."