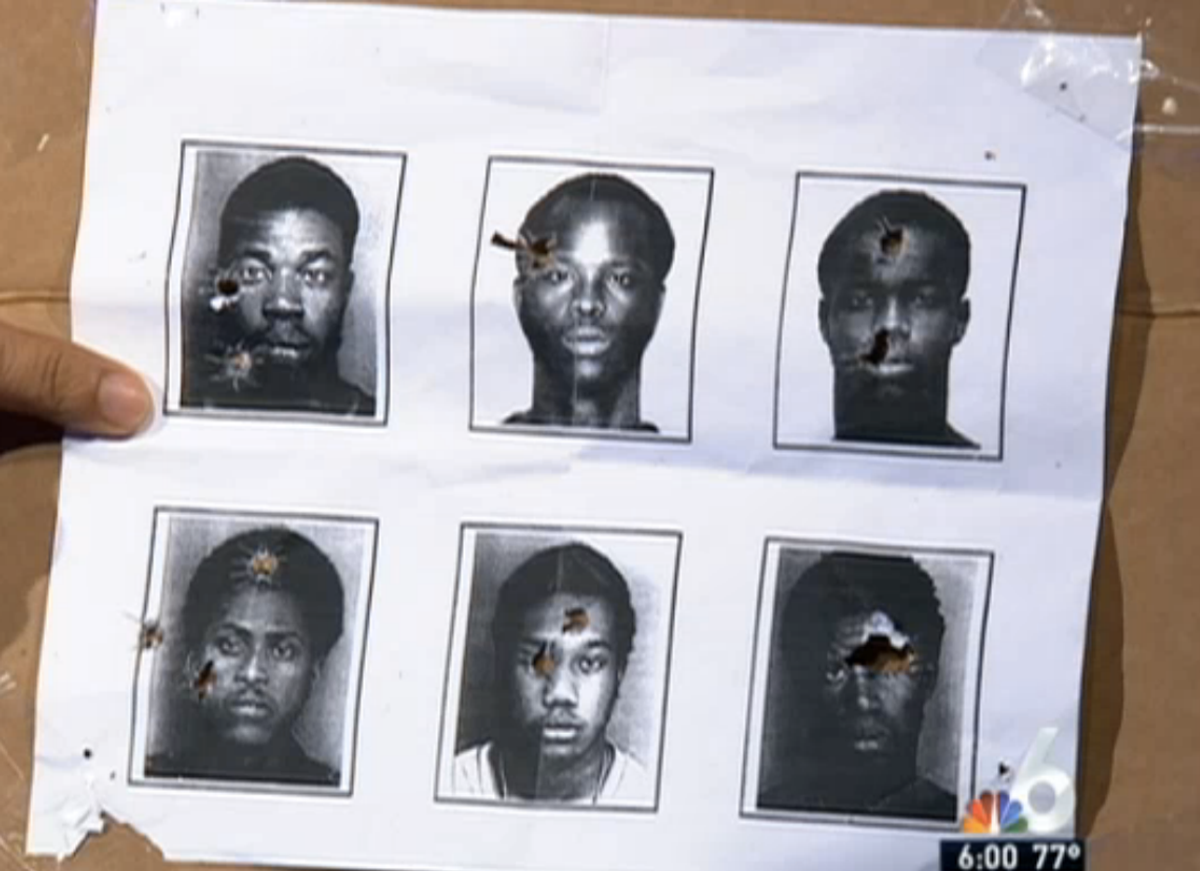 Sgt. Valerie Deant of the North Miami Beach Police Department was appalled to arrive at a firearms training center in Medley, Fl. to find her brother's face being used as a target. Woody Deant's mug shot was taken 15 years ago when he was arrested in connection with a drug race. His photo was one of five used for target practice for police snipers. All the mugshots were of black men.

"There were like gunshots there, and I cried a couple of times," Deant said.

"The picture actually has, like, bullet holes," said her brother. "One in my forehead and one in my eye -- I was speechless."

He noted that the sniper team includes minority officers. Dennis defended the department's use of actual photographs and says the technique is widely used and the pictures are vital for facial recognition drills. But the Deant family questions why officers were firing targets with images of real people, in this case African-Americans, especially at a time when relations between minority communities and law enforcement are so tense.

The discovery comes as racial tensions are particularly high -- especially between police officers and civilians.

"This can create a very dangerous situation," said the family's attorney Andell Brown. "And it has been ingrained in your subconscious what does that mean when someone [police] comes across Woody or another person on the street and their decision-making process on using deadly force or not."