"We are in this mode of, like, holy f***ing sh*t": How broth became New York's latest trendy delicacy

Forget coffee. A growing number of culinarily minded Manhattanites have taken up a different kind of hot beverage 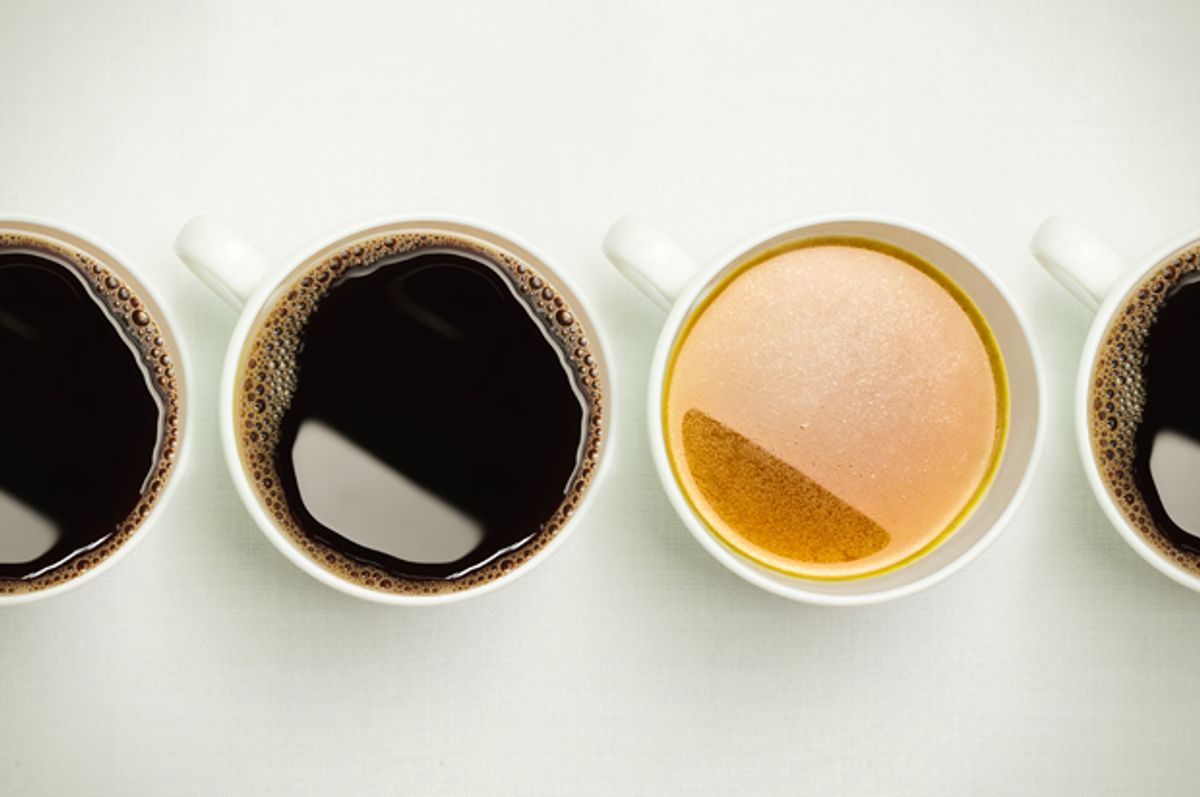 In Manhattan, there may be no better indicator of an overblown fad than a New York Times trend piece. So when NYT writer Julia Moskin wrote earlier this month about a new craze called "broth-ing," I looked on skeptically. I had previously thought of broth only as the thick, meaty basis of soup, but Moskin's article introduced me to the concept of not only enjoying the taste of broth, but of doing broth like a hobby. “To those who have taken up ‘broth-ing,’” she writes, “it is the content of the bones -- including collagen, amino acids and minerals -- that is the source of its health benefits.” That's right-- the new cool thing is to roast bones to get the age-fighting nutrients that lie within.

Moskin’s article focused largely on Marco Canora, the chef and founder of East Village restaurant Hearth, and, for the past several months, of Brodo, a tiny window next door that only sells three kinds of broth in little to-go cups, as well as two kinds of soup. Canora decided to get into the broth business after he adopted a version of the Paleo diet five years ago -- the diet prohibits drinking coffee and tea, so Canora found himself carrying around a hot cup of broth instead, a substitute he found surprisingly great. He thought others would enjoy it as well.

Moskin sells broth-ers (people who “broth”) as “conscious eaters who have stumbled onto what generations of cooks in other cuisines have long known: Broth made with plenty of bones contributes to well-being in ways that other foods don’t.” As a stylish girl who is always game to try and hate the next big thing in weight loss and general well-being, I decided I would like to become a broth-er. My only problem was that I had no idea what being a broth-er entailed because the term had seemingly been conjured from nothing.

The most detailed article I could find about the concept was a similar gonzo-type experiment conducted by an actual model at Man Repeller, in which she replaced lunch for three days with Brodo broth, borrowing from the tradition of juicing. I am not a model-- I am an average-to-slightly-above-average-weighted girl --so I decided not to completely forgo lunch, my most disgusting meal of the day. Instead, I would replace my afternoon coffee/tea/hot bev and accompanying cookie/candy/family-sized bag of chips — which I eat during the exhaustion blackout that hits me reliably at 3:30 p.m. — with a little thing of broth instead.

When I arrived at Brodo around 1:20 p.m. on Tuesday, the first day of my experiment, one other person was there, a balding, slightly heavy-set liquid food enthusiast waiting to have his order filled. I didn’t hear what it was, but I did hear that it was $19.95, which struck me as entirely too much for soup with nothing in it.

I got a small cup (8 oz.) of Hearth broth, described on the menu as a “rich meat broth made with chicken, turkey and beef” because it seemed like a good idea to taste all the meat flavors together before I settled on just one. It was $4.50 (which is absurd for coffee or tea, but I don't really have any precedent, re: gourmet broth prices) and it came in a little cup just like coffee might. As I walked down the street I smiled inwardly because I knew all these East Village dummies thought that I was a normal girl drinking a small amount of coffee, but really I was an adventurous girl drinking hot animal juice.

But more about that flavor: While cold-pressed juices taste like someone put a spicy handful of grass and dirt into an expensive blender, Brodo’s broth tastes like animals. Obese, salty animals that accidentally fell asleep in a hot tub and then hugged your tummy. The amount I enjoyed my first cup was completely at odds the health benefits it reportedly confers. In fact, the broth actually fulfilled my desire for thousands of calories of junk food by tricking my brain into thinking that I was drinking something decadent and pleasurable, rather than something that claimed to extend my life.

When I spoke with Canora, he was hesitant to retell Brodo’s origin story, having already told it “45 times.” Instead, we talked about why broth seemed to have hit a nerve with New Yorkers. “Isn’t that the million-dollar question?” He laughed. It was the perfect time for a broth empire, he explained, in a society where the Paleo Diet has reached peak-cool. Also, the collagen from the bones used to make the broth is great for your skin, hair and nails. “There’s something that speaks to people’s vanity,” he said. “Our culture is obsessed with losing their wrinkles and getting shiny hair.”

The Times article and other press coverage have done great things for business. “It’s fucking insanity. It’s just unreal,” he said. “I’m selling like 40 to 50 gallons of broth a day, hot, out of my window, and that doesn’t even cover the jars that I’m selling,” he mused. “We are in this mode of, like, holy fucking shit. We need to produce this stuff 24/7. It’s nuts. It’s just nuts. I’m really just enjoying the moment.”

Returning the next day, I got a small chicken broth that tasted a lot like, well, chicken broth. The day after that, I got a medium-sized cup of Hearth broth, because I was really feeling like I needed to live my truth, and my truth was telling me that I wanted more broth, you know? Each day, I really was fuller and less seduced by various office sweets, but other than that, I didn’t notice much of a change.

"It is quite nourishing," said Marissa Lippert, registered nutritionist and owner and head chef at Nourish Kitchen + Table in the West Village when I asked her what was supposed to be happening to me. "Bone broth also helps increase immunity, which is everyone is really hot on it right now in the depths of winter."

I liked my afternoon snack, but I hadn’t yet learned what broth-ing actually is. Was it a diet? Was it just someone who liked soup? Was it having a mindset that was… broth-y? It turns out that whatever Moskin and Man Repeller and the rest of the Internet were talking about was kind of a fantasy. Because broth is just a pretty healthy food that tastes good. Lippert describes it as that and nothing more — "just a term, like a quick fix."

“Our bodies, our digestive systems are made to work. They like to chew,” Lippert said. “I think it’s perfectly fine to make bone broth in addition to your diet or have a really nutrient-rich broth with some vegetables and some meat or some grains for lunch or for dinner… But just like with juicing, if you only stick with one thing in your diet, you’re losing out on a variety of nutrients from other things.”

It turns out that Canora wasn't much more knowledgable about the mythical, self-avowed broth-ers. "I do believe in the power of broth and I do believe there are immense health benefits and I do believe that people should make a daily habit of it," he said. "It upsets me that everybody wants the silver bullet."

Canora continued, breaking my heart just a little: "I think there is a big flaw in the conversation that's happening around this in the same way that there was a flaw with green juice. Like, all you need to do is drink green juice in the morning and that's it! You're going to be beautiful, you're going to find your soulmate, you're going to be successful in business. It was the thing that did everything."