The concerts will be held on 7 continents on June 18 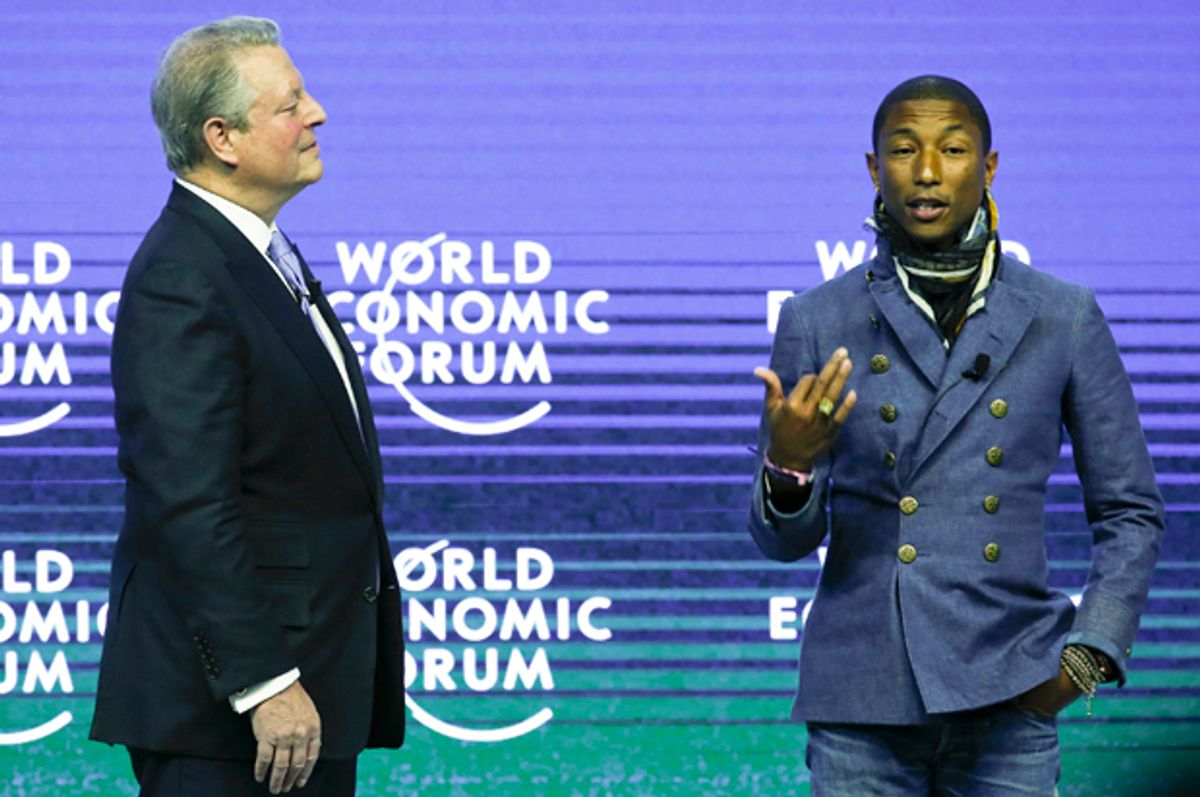 Kids, it's cool to care about the environment. That's why Al Gore and Pharrell Williams (the most unlikely duo in the history of duos) are hosting a Live Earth concert to raise awareness and call on governments around the world to act on climate change. On June 18, concerts will be held on seven continents -- in New York, Paris, Rio de Janeiro, Beijing, Sydney and Cape Town -- and the seventh on Antarctica will be played by research scientists currently stationed there. Two billion people are expected to watch.

The event is intended to raise awareness for upcoming United Nations' climate talks in Paris in December.

Governments agreed in [the UN talks in] Lima on the building blocks of a new-style deal to combat climate change amid warnings that far tougher action will be needed to limit increases in global temperatures.

But most of the hard decisions were postponed until Paris.

"It is absolutely crucial that we build public will for an agreement," said Gore at the World Economic Forum in Davos. "The purpose is to have a billion voices with one message, to demand climate action now."

Watch the trailer for the event below: