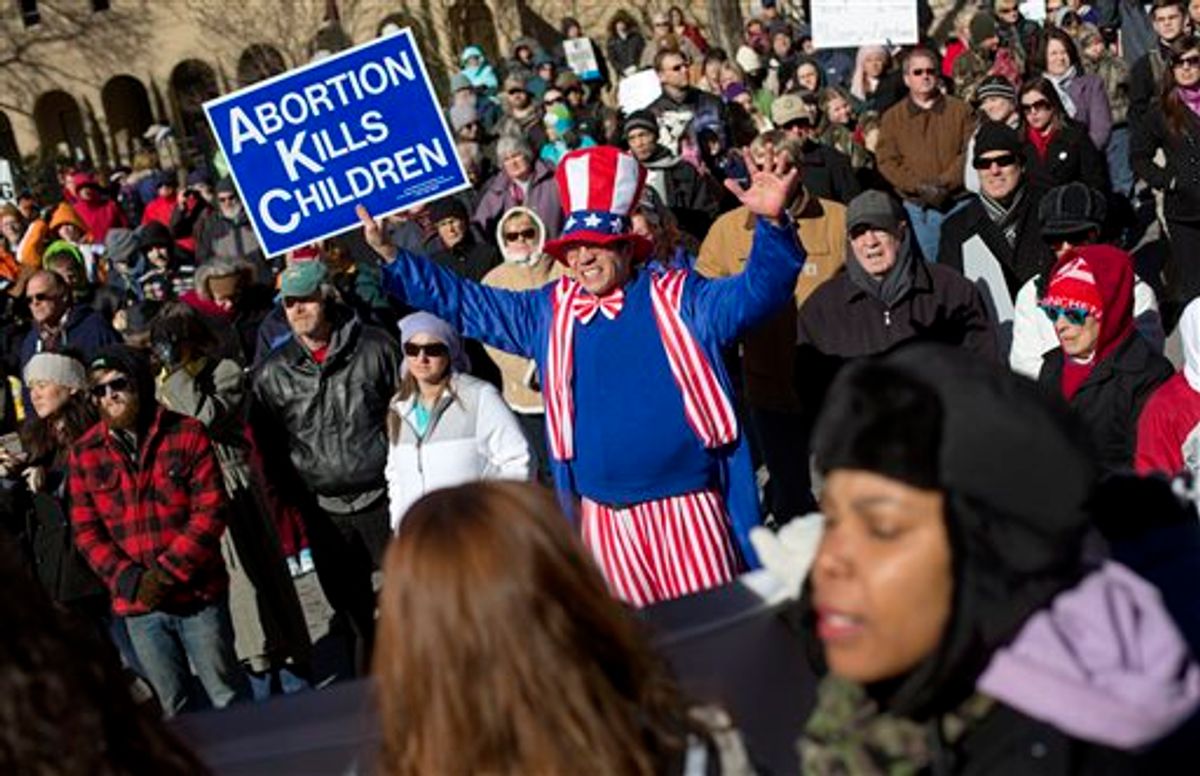 The GOP says and does a lot of things that run contrary to its declarations that we need smaller government and more fiscal responsibility. Namely, Republican lawmakers attempt to roll back reproductive rights whenever they can, forcing women -- many of whom cannot afford to bring children, sick or healthy, into the world -- to have babies they would otherwise not have. This ends up costing taxpayers a lot of money, which is something we should already know. This week, we get another example.

On Thursday, the House is set to vote on a bill that would ban virtually all abortions after 20 weeks, with the exception of pregnancies resulting from (reported) rapes and in cases that threaten the life of the mother. Aside from limiting abortion access for a huge proportion of women who decide to end wanted pregnancies after learning of fetal anomalies detectable only after the 20-week mark, the bill has other downsides. Like costing taxpayers millions and millions of dollars.

On Tuesday, the non-partisan Congressional Budget Office reported that the proposed abortion ban will increase Medicaid spending by an estimated $235 million over the next ten years, but that's a conservative estimate. Via The Hill:

CBO estimates the bill would lead to additional births, 45 percent of which are paid for by Medicaid, the agency said. Based on data from the Centers for Disease Control and Prevention, CBO estimates 10,000 abortions annually take place after 20 or more weeks of pregnancy.
It’s unclear, however, how many additional births could result from the ban.

“If 90 percent of women who would have sought an abortion 20 weeks or more after fertilization instead were to seek earlier abortions, federal spending would rise by about $100 million over 10 years,” CBO said. “If only half of those women were to obtain earlier abortions, then federal spending would rise by nearly $500 million over 10 years.”

According to CBO estimates, the federal deficit would increase by $75 million during that same time period. How's that for fiscal responsibility?!

Although the Republican-controlled House is expected to pass the bill, it's unlikely to survive a Senate filibuster. President Obama has previously declared that he would veto the legislation should it somehow end up on his desk. So, at least there's that.