Arctic sea ice is getting younger and thinner -- and soon, it may disappear entirely 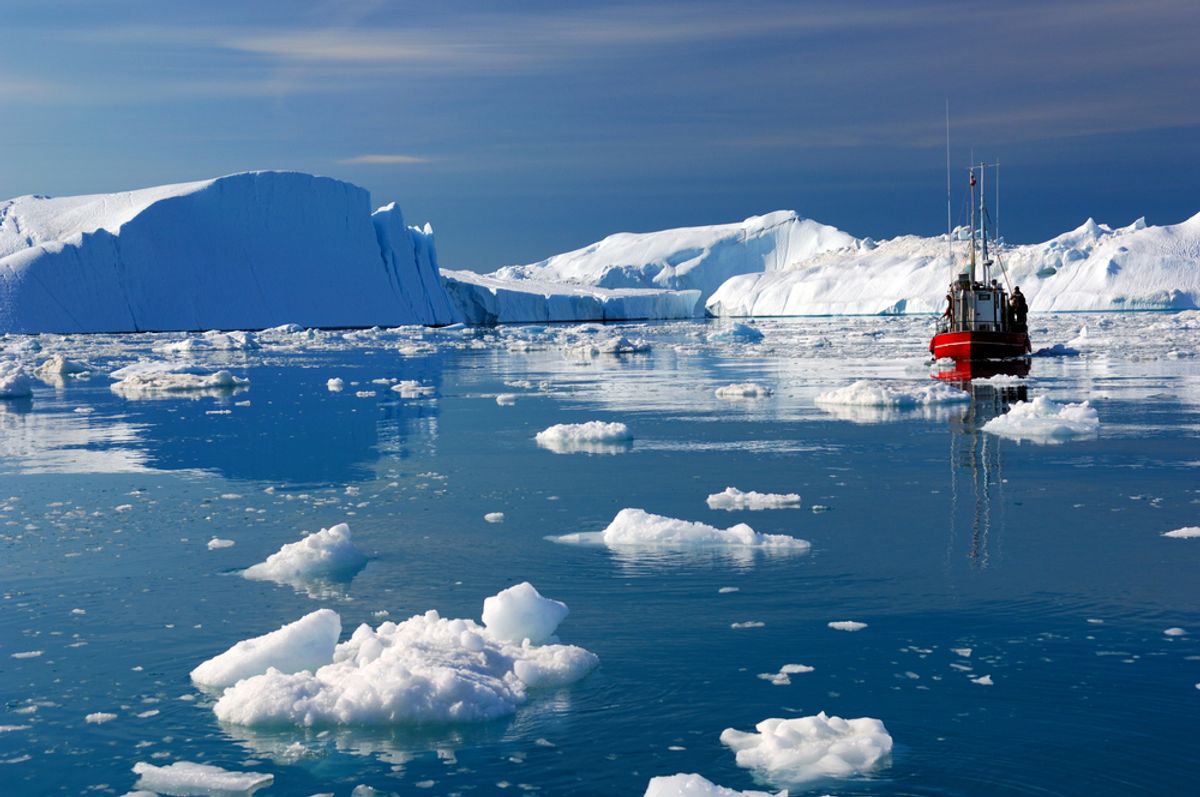 Arctic melt is a seasonal process. Each winter, sea ice builds up in the Arctic Ocean basic, and each summer, most melts away. The ice that survives the summertime melt to see another winter, deemed perennial ice, is usually thicker and more resilient than the rest, more likely to stick around through future summers.

Yet as global warming intensifies, a shocking animation from the National Oceanic and Atmospheric Administration shows, the amount of perennial ice in the Arctic is on the dramatic decline.

The video condenses it down to just one minute. But the real-time rate of loss over the past several decades is alarmingly rapid: in the 1980s, according to NOAA, 26 percent of the ice pack consisted of ice that was at least four years old; by March 2014, it had become "extremely rare," making up just 10 percent of the pack. And this counts as an "upswing": in 2012 and 2013, perennial ice was down to just seven percent. That these changes are so dramatic can be attributed to the fact that the Arctic is heating up at about twice the rate as the rest of the planet; many experts say that we'll see ice-free summers within our lifetimes.

Here's more from NOAA on what's going on:

East of Greenland, the Fram Strait is an exit ramp for ice out of the Arctic Ocean.  Ice loss through the Fram Strait used to be offset by ice growth in the Beaufort Gyre, northeast of Alaska. There, perennial ice could persist for years, drifting around and around the basin’s large, looping current.

Around the start of the 21st century, however, the Beaufort Gyre became less friendly to perennial ice.  Warmer waters made it less likely that ice would survive its passage through the southernmost part of the gyre. Starting around 2008, the very oldest ice shrank to a narrow band along the Canadian Arctic Archipelago.

Watch for the white stuff -- that's the ice that's more than nine years old -- and check it out below: