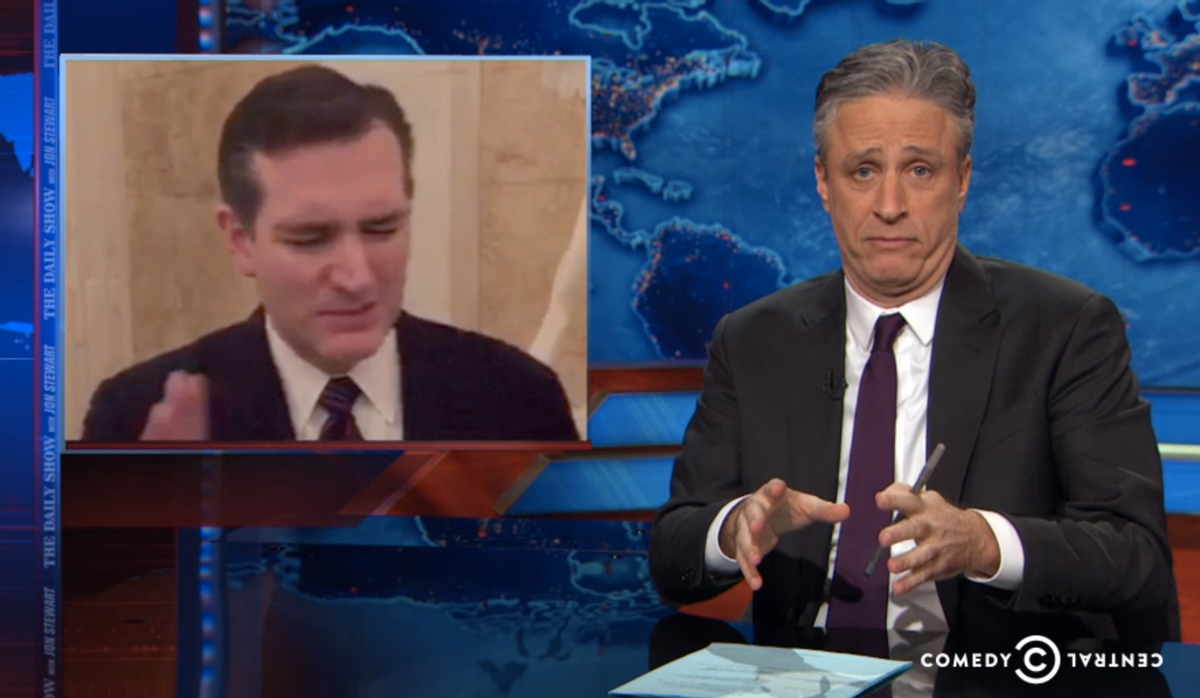 On Wednesday night Jon Stewart handed out an "Implody" award, for an altogether lackluster State of the Union address rebuttal.

After examining each speech -- and giving them a thorough mocking -- Stewart made a decision. Watch below to see who receives the "Implody":