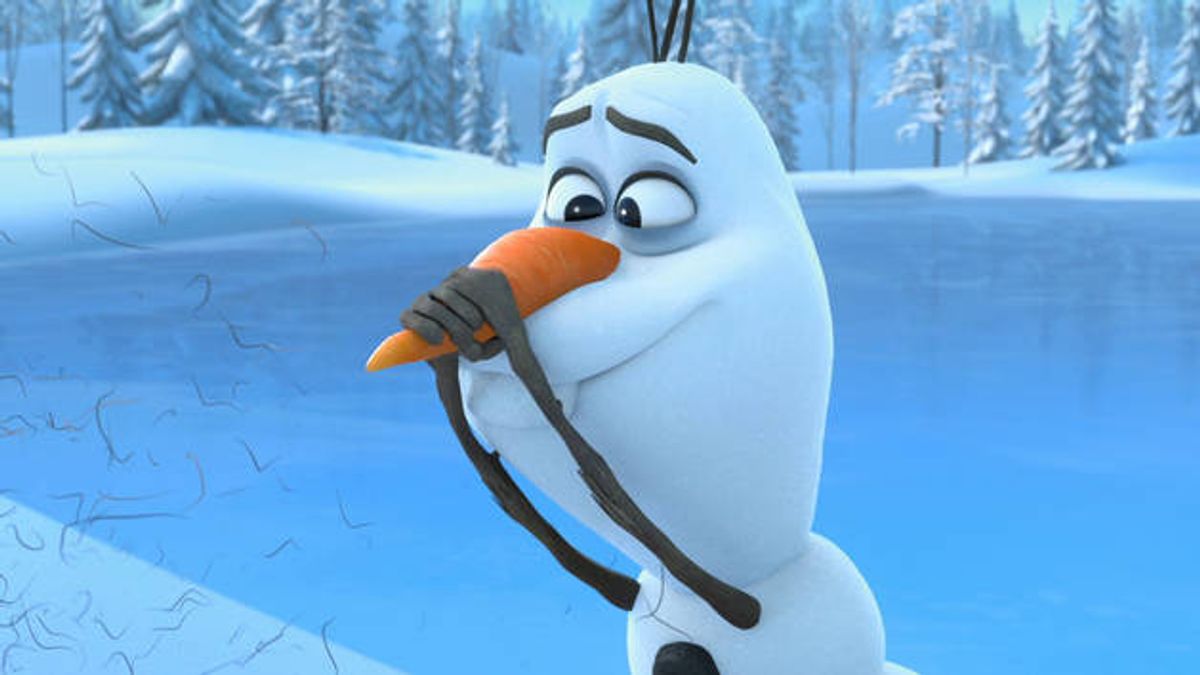 Today in great ideas that probably aren't going to happen: the U.S. government approached Disney with the idea of using the smash hit animated musical "Frozen" to teach kids about the dangers of climate change.

Speaking at the Arctic Frontiers conference in Tromsø, Norway, Adm. Robert Papp, the State Department’s special representative for the Arctic, revealed that he had met with a Disney exec to pitch the idea.

“I said, you’ve taught an entire generation about the Arctic,” Papp recalled. “Unfortunately, the Arctic that you’ve taught them about is a fantasy kingdom in Norway where everything is nice."

Well, everything turns out nice, at least. And that's not looking likely in the real Arctic, which is currently warming at twice the rate of the rest of the planet. "What we really need to do," Papp says he told the exec, "is educate the American youth about the plight of the polar bear, about the thawing tundra, about Alaskan villages that run the risk of falling into the sea because of the lack of sea ice protecting their shores.”

Unfortunately, the exec didn't seem to see Disney as the right company for the job of helping children prepare for the vastly changed world they're set to inherit. "As I continued to talk, I could see the executive getting more and more perplexed," Papp continued, "and he said: 'Admiral, you might not understand: Here at Disney it's in our culture to tell stories that project optimism and have happy endings.'"

To be fair, the animations we already have of the melting Arctic, like this one recently posted by NOAA, aren't exactly kid-friendly in their implications.

Papp said his team was tinkering with the storyline in response to Disney's feedback, but the State Department told RTCC, which first reported the story, that it's not currently pursuing further collaboration on the project.