What's with our enduring obsession with Satan? 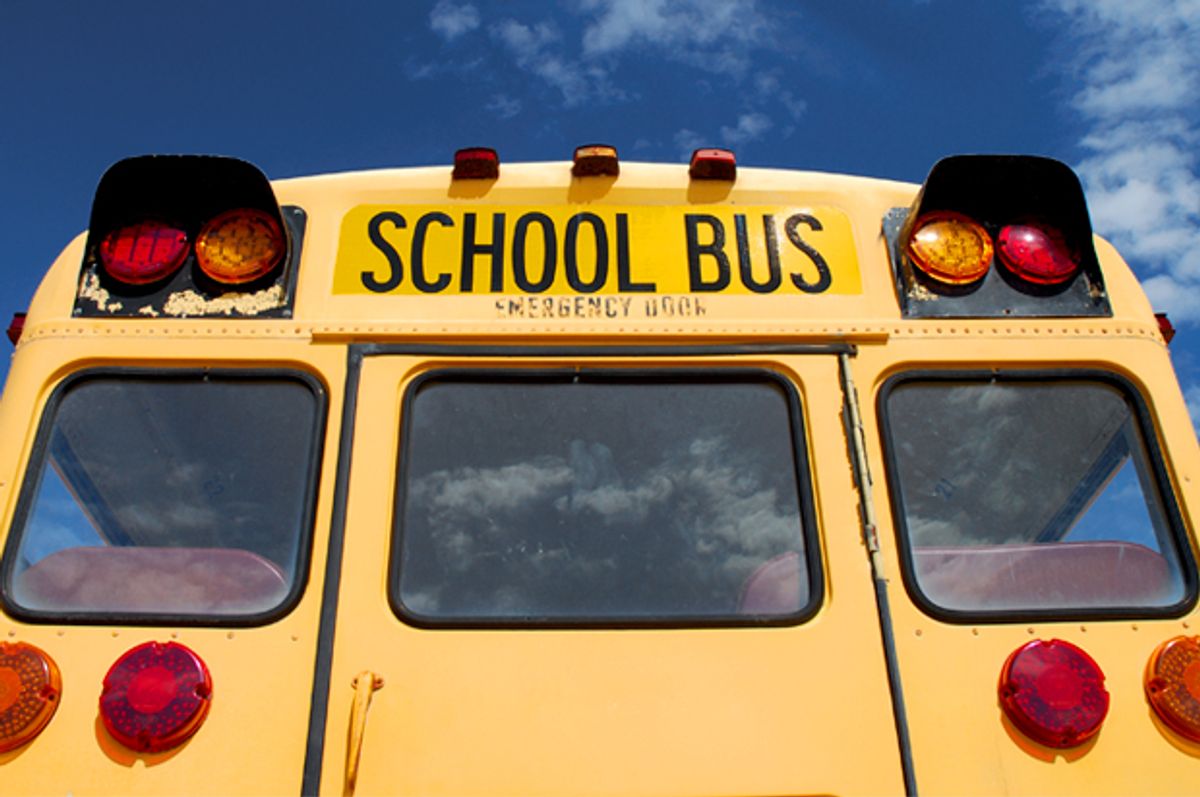 If there's anything more extreme than the obsession of so many Americans with inserting God – and very narrowly, the Christian one – into our public discourse, it has got to be the occasional but oh so confoundingly vehement campaigns to take Satan out of it. Most notable recent example: the Tennessee mom who's become a major newsmaker for her campaign against what she claims are pentagrams on the brake lights of a local school bus.

The Cordova woman, whose name has not been revealed because she claims she's been receiving death threats for her crusade, first observed what she says are upside down pentagrams in the bus lights early this month, and snapped a photograph that she then shared on social media. Speaking with Action News 5 two weeks ago, she said, "Anyone who fears a God, if not God and Jesus Christ, should be outraged," adding, "If you can't put a cross on there, you cannot put a pentagram on it." And citing Walgreens recent unfortunately swastika festooned wrapping paper fiasco, she asked, "Would we allow a swastika, for instance, to be on the back of the bus?" (It's possible the woman may not have the firmest grip on the different weight and resonance of the two symbols.) Another local concerned citizen asked, "Why'd they put it up there? Why'd they put it upside down?"

The pentagram, as anyone familiar with eighties-era heavy metal knows, is frequently -- but not exclusively -- associated with satanic imagery. But as local Wiccan Jo Applewhite told Action News, "Find out what it really means before you start getting riled up and all worked up about something. Wiccans, we believe in God, we believe in Jesus, but we don't call him God." Meanwhile, neither bus operator Durham School Services nor the school district has commented on the lights.

There are a few explanations for what's going on here. One is that the local school system is indeed a devil-worshiping cabal out to recruit the community's innocent children into the service of the dark lord. Which, you've got to admit, would be pretty interesting. Another is that this woman is just trolling all of us, that the photo is doctored, and this is all some elaborate if inexplicable stunt. Given that there still appears to be exactly one confirmed person in the town who's making a big deal about this, I'd say that's not out of the question. But let's not rule out the simplest possibility of all – that this lady truly believes there's something satanic in the brake lights of a school bus.

We are, after all, a nation that gives the devil his due, that has a long history -- from the Salem witch trials to the West Memphis Three -- of seeing Satan in those who are different. Just this month, Renew America's Gina Miller wrote on the suicide of transgender teen Leelah Alcorn, noting, "Not everyone will like to hear this, but demon possession certainly plays a part in homosexuality and ‘transgenderism.'" A Florida school board, meanwhile, is embroiled in a dispute over the use of Satanic prayer. And this week a Colorado case involving a bakery's right to reject a customer's anti-gay cake order attracted the support of state Rep. Gordon Klingenschmitt – a man who believes President Barack Obama is possessed by demons. America loves getting riled up about Satan almost as much as it loves getting riled up about God. And shadowy, invisible evil is so much more intriguing than the tangible kind. Jesus, take the wheel. Satan, you're on the brakes.

So if a Tennessee mother says she is alarmed at what he believes is a troubling sign of the presence of Lucifer in an admittedly unusual and seemingly pointless location, I am willing to consider that her concern is genuine. But I also believe that if there's a message in those lights, it's "This bus stops for children."