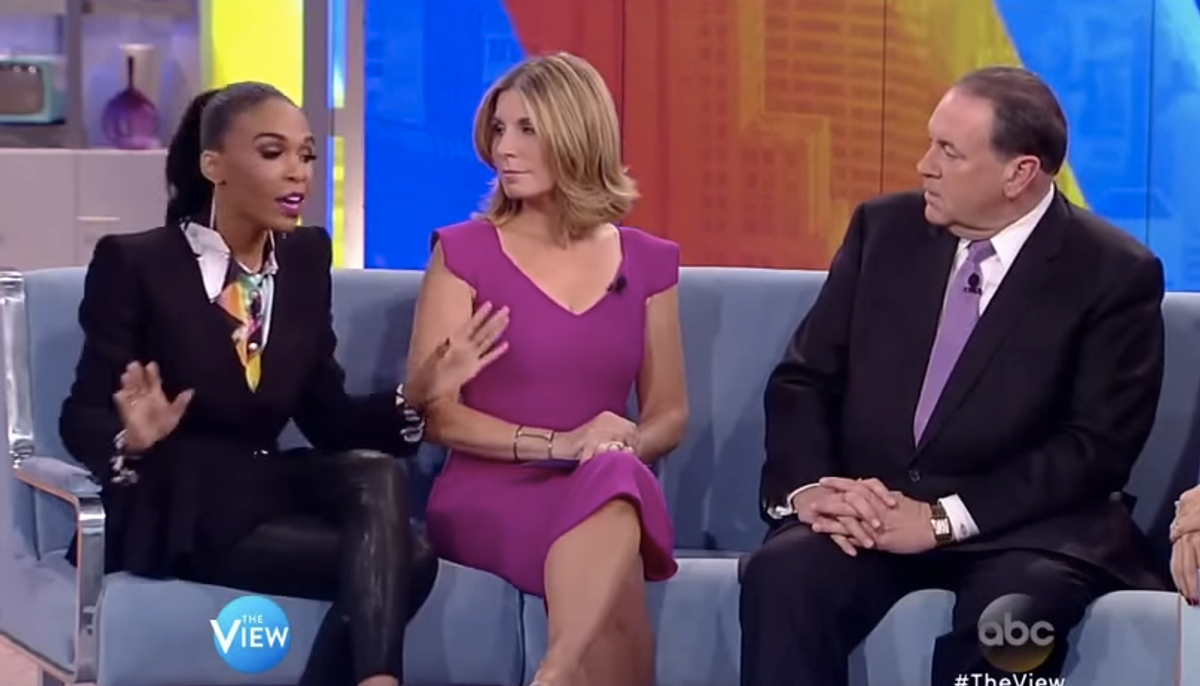 It seems Mike Huckabee can't sit for a single interview these days without being asked to continue sharing his thoughts on Beyoncé, which is upsetting in instances when it isn't followed by the Huckster being told off for daring to criticize Queen Bey. (These instances, however, are rare, and mostly confined to Fox News.) When the former Arkansas governor and 2016 presidential hopeful appeared on "The View" this week, he found himself being reprimanded yet again -- by Beyoncé's former Destiny's Child colleague and personal friend Michelle Williams.

For all the crap Williams gets on the Internet, she did a pretty good job of shutting Huckabee down:

I just feel like that album and those songs is that one moment where she decided to probably do some songs she's always wanted to do to shed that "I'm a good girl..." She had some freedom and she owned it and she took it, so I was definitely offended [...] But to hear some of those comments that you said, I thought were very, very, very low.

Huckabee claimed that people responded to media coverage of his comments, not "what I actually wrote in the book" -- which was a charge that, although Beyoncé "has an exceptional set of pipes, "can actually sing" and "is a terrific dancer," she might be the victim of her husband, Jay-Z, "crossing the line from husband to pimp by exploiting his wife as a sex object." So, yeah, Williams' assertion that Bey "had some freedom and she owned it" seems to be an apt response.