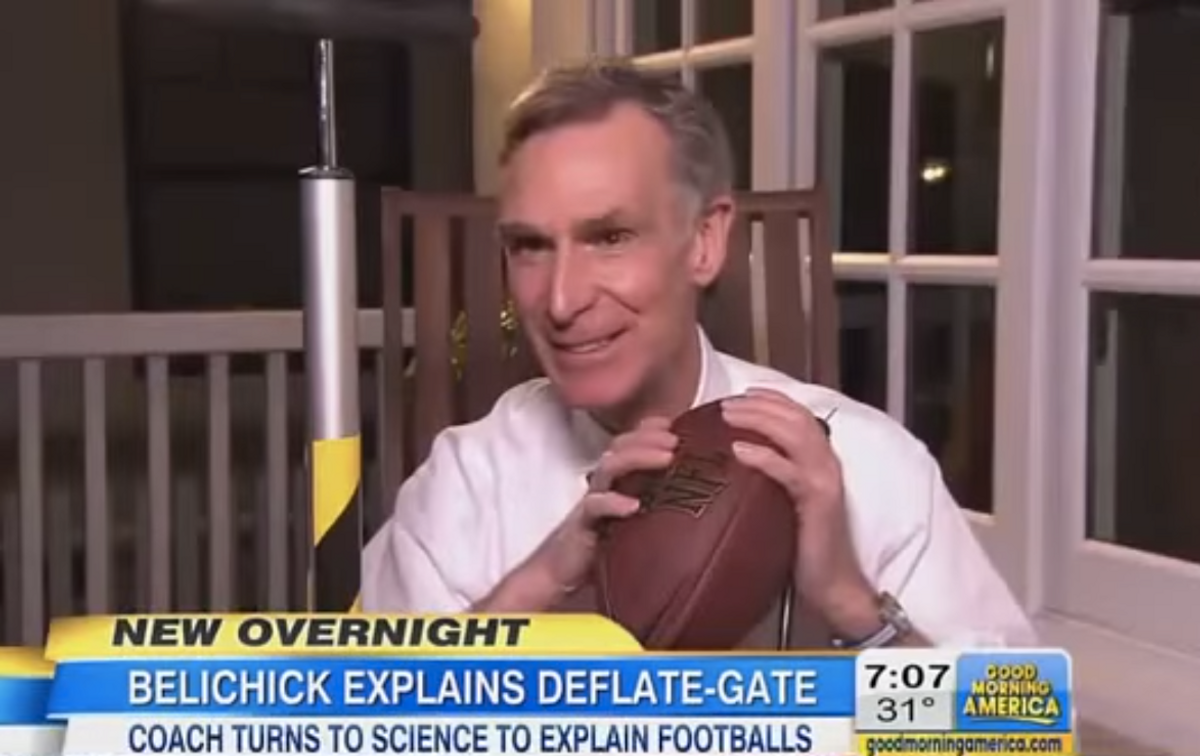 The Patriots are embroiled in a football deflation scandal known as "deflate-gate" or "ball-ghazi." The whole brouhaha is becoming more of a circus with every passing day: from Tom Brady's (unintentionally hilarious) press conference, to Patriots coach Bill Belichick's "dissertation" on why the balls may have been deflated. (In my personal opinion, I think that the NFL has bigger issues to worry about.)

Now noted "Science Guy," Bill Nye, is weighing in on the scandal. He was recently asked about Belichick's explanation on "Good Morning America."

His response: "What he said didn't make any sense...Rubbing the football, I don't think, can change the pressure."

For the record Nye also stated that he's cheering for the Seahawks. Watch below:

Belichick's explanation for deflated footballs is below via MotherJones:

"'We simulated a game-day situation, in terms of the preparation of the footballs, and where the footballs were at various points in time during the day or night. ... I would say that our preparation process for the footballs is what we do —I can't speak for anybody else -- and that process raises the PSI approximately one pound,' Belichick said. 'That process of creating a tackiness, a texture -- a right feel, whatever that feel is, whatever that feel is. It's a sensation for the quarterback. What's the right feel -- that process elevates the PSI one pound, based on what our study showed. Which was multiple balls, multiple examples in the process, as we would do for a game.'"