Thousands cheer for Patriots at Super Bowl sendoff in Boston 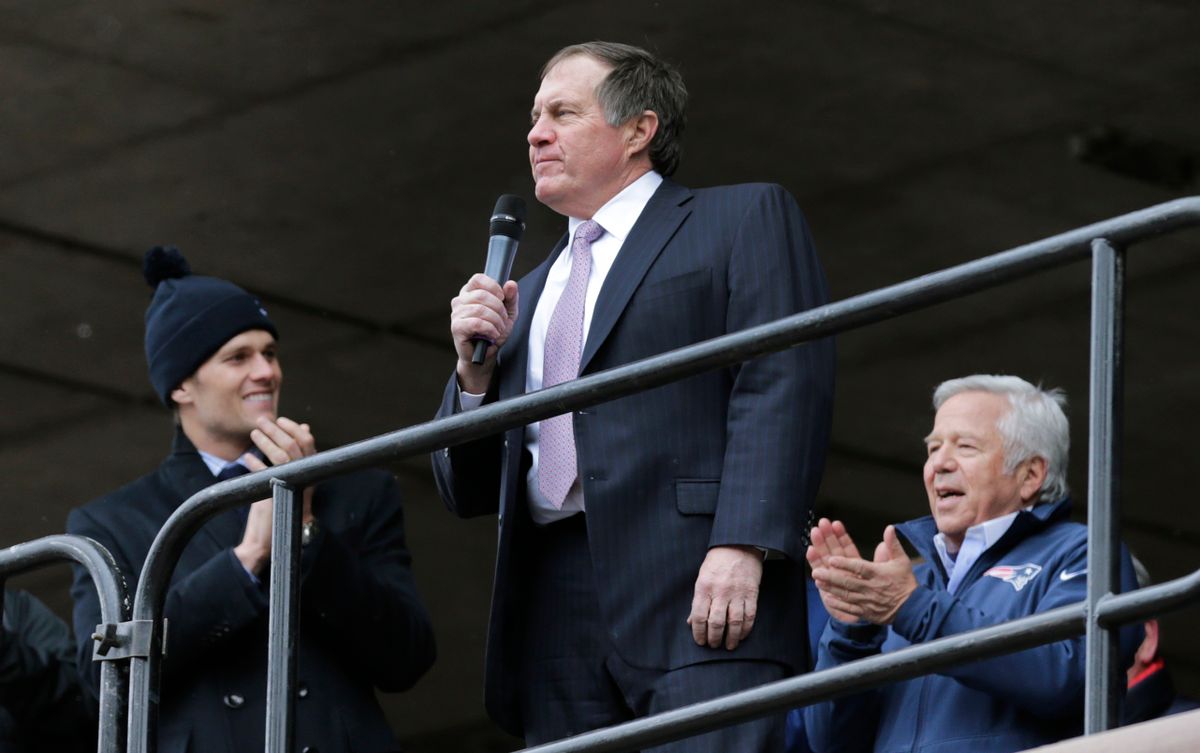 BOSTON (AP) — Brushing aside the controversy over deflated footballs, jubilant New England fans gathered downtown Monday for a spirited send-off as the Patriots headed to Arizona for the Super Bowl.

Brady told the crowd his team will be relying on their support as it faces the Seattle Seahawks in Sunday's NFL title game in Glendale, Arizona.

"I couldn't be more excited. I tell you, it's an unbelievable accomplishment for our team," he said as snowflakes swirled around the square. "It's been a long ride. We have the best fans in America. We're going to go represent you guys in Arizona as best as we possibly can. Go Patriots!"

Mayor Marty Walsh sported a No. 12 Brady jersey as he and other officials led the crowd in cheers before the team left for the airport.

One fan held a sign that read, "NO-HATERS-ZONE," a reference to a week of grief directed at the embattled Patriots and their fan base.

Coach Bill Belichick, beleaguered since the Patriots' AFC Championship rout of the Indianapolis Colts by allegations that his team cheated by using underinflated footballs, didn't mention the controversy. Over the weekend, Belichick insisted the Patriots followed NFL regulations to the letter and said he was done discussing the issue.

"We really appreciate your support. You've been there all year for us. We love you, Boston!" Belichick told the crowd.

"Be safe through these next couple of days of snow. We'll be thinking about you," he added.

The massive winter storm bearing down on the Boston area didn't deter Sue Dittullio of Hanover, Massachusetts, from turning out to support the team.

"Despite the blizzard, this is more important. We've got to send them off in style," she said.