"It was ill-advised, unfunny and not brand-appropriate": The "Fifty Shades"-inspired ad campaign too hot for Domino's

"You're going to suffer and enjoy every moment" 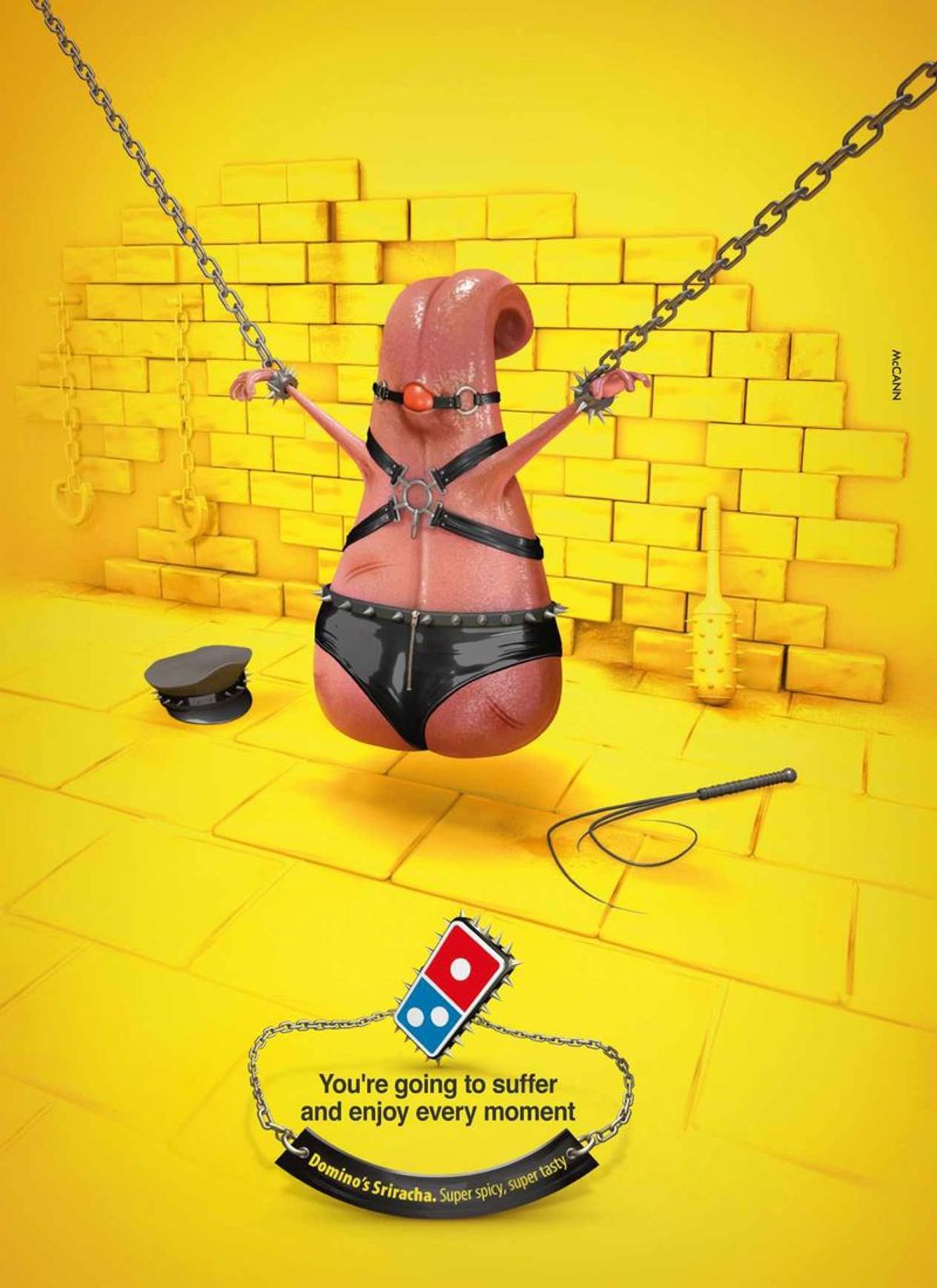 Pizza is one of the easiest products to sell -- literally, all you have to do is show me a picture of melt-y, greasy 'za and I'll automatically blackout order several large stuffed crusts with a side of garlic knots "for later." Any idiot could sell a pizza. Many idiots do sell pizza. So why did an ad agency pitch the least appetizing advertisement we've ever seen?

The premise of the advertisement run for Domino's Israel's newest addition to the menu -- Sriracha Pizza -- is that the spiciness of the topping will hurt so good, or something along those lines. So, instead of, I don't know, showing a picture of the pizza and letting us decide if it looks okay (it probably does), they decided to rig a tongue up in bondage gear. The ad has been making the rounds on the Internet, where people are appropriately skeeved out. But a spokesman for Domino's told People that the image never actually ran anywhere.

"It's real," said Tim McIntyre. "The ad was created and pitched by an agency to the independent franchise in Israel… It never 'officially' appeared anywhere, because it was ill-advised, unfunny and not brand-appropriate."