He apologized to fans for his arrogant behavior this past year 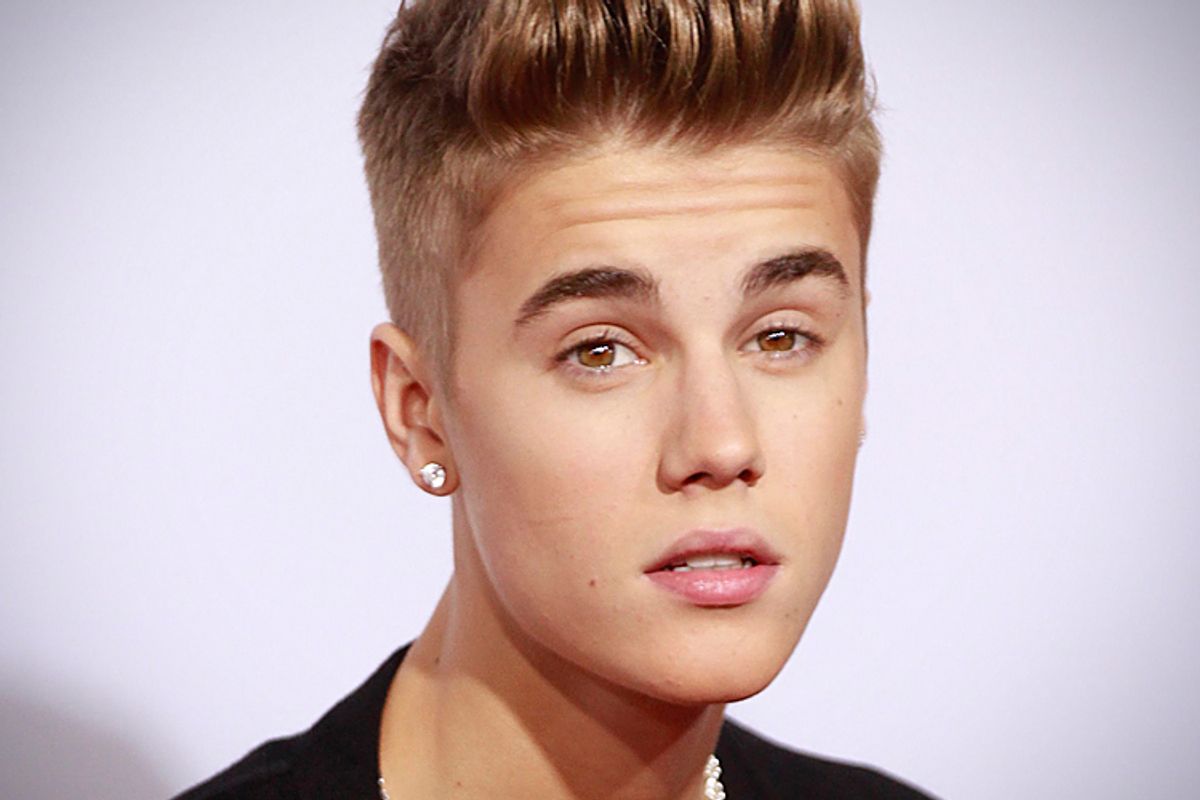 Justin Bieber, undisputed champion of sheepishly begging for forgiveness, released a tearful mea culpa on his Facebook this morning apologizing to fans for his arrogant behavior over the past year. The video came after he taped an appearance on “Ellen,” which aired this morning (he was well-behaved, albeit stiff and visibly nervous). “Today, I was on Ellen and it was a lot of fun. She’s amazing, it was her birthday, but I was really nervous. I think I was nervous because I was afraid of what people are thinking about about me right now,” said Biebs, saying that he was worried about coming off as arrogant and conceited.

If you read our recent interview with Kristen Stewart, you'll know that not giving a f*ck is so passé -- giving a f*ck is all the rage these days -- and Bieber proves he can quake in the shadow of public opinion with the best of them, continuing:

“I’m not who I was pretending to be. Why I say I was ‘pretending’ is often we pretend to be something we’re not as a cover up of what we’re truly feeling inside. And there were a lot of feelings going on in there. Just being young and growing up in this business is hard. Just growing up in general is hard. I just felt awkward up there. I felt like people were judging me, and I really want people to know how much I care, how much I care about people, and how I’m not that person to say, ‘I don’t give a f*ck,’ you know? I’m not that kid. I’m a person who genuinely cares. And although what’s happened in the past has happened, I just want to make the best impression on people and be kind and loving and gentle and soft. And although people can call me a ‘softy,’ that’s how my mom raised me.”

Naturally, we had to check in with the Beliebers, who came out in full force with a trending hashtag #WeDontJudgeYouJustin.