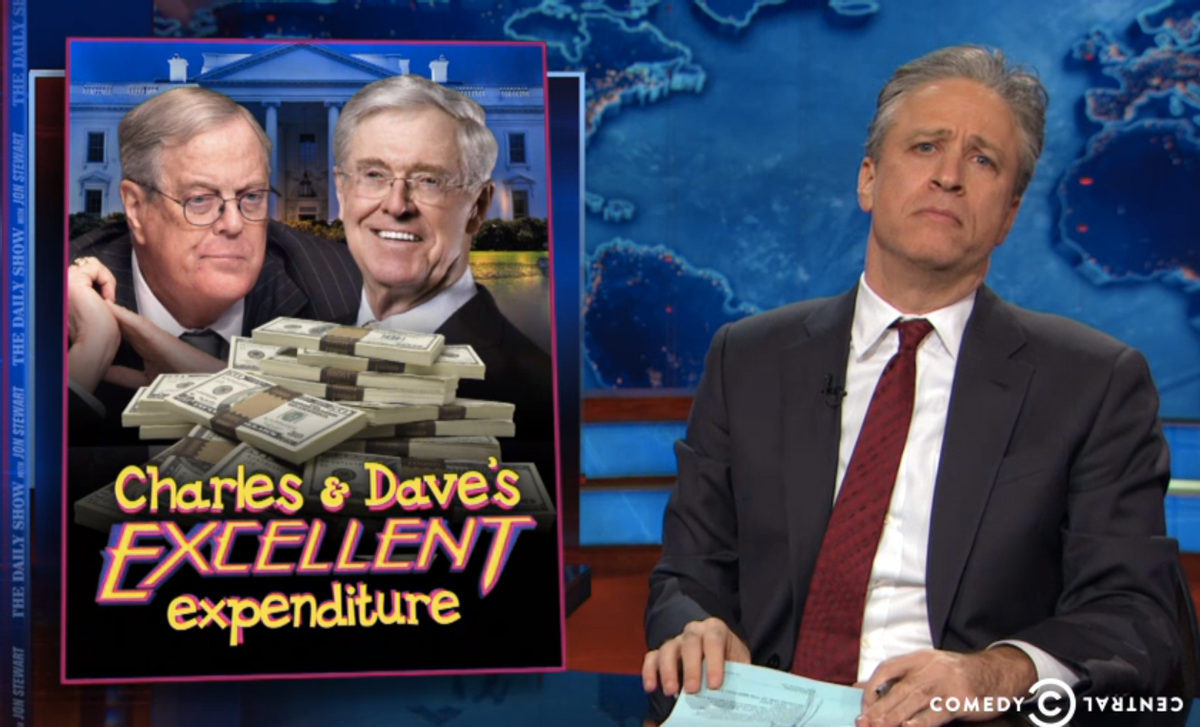 Jon Stewart and the Koch brothers
--

On Wednesday's "The Daily Show," Jon Stewart discussed everything from the Koch brothers to the Obamas' visit to Saudi Arabia to pay respects to the late King Abdullah.

Stewart began with the announcement that the Koch brothers' political operation will be spending $889 million on the 2016 election. "Really the Kochs' money is way more impressive than any of the GOP candidates so far," Stewart joked.

The host went on to say that he's not worried about the money because American values are "incorruptible." Will he prove himself right? Watch below: