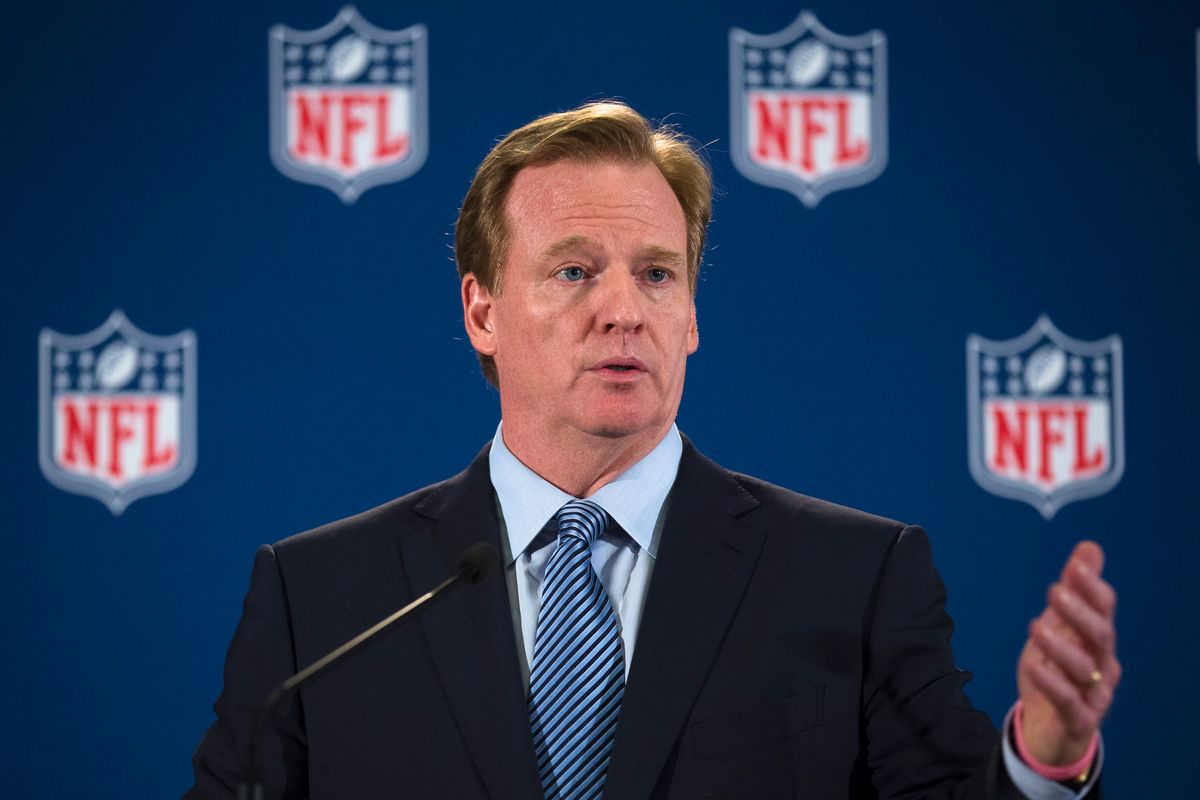 NFL commissioner Roger Goodell speaks during a news conference following a meeting of NFL owners and executives in New York, Wednesday, Oct. 8, 2014. The meetings were held to help the NFL develop and carry out a domestic violence educational program. (AP Photo/John Minchillo) (AP)
--

A California assemblywoman this week introduced a measure that would force NFL teams to pay cheerleaders minimum wage, overtime and workers compensation. State Rep. Lorena Gonzalez, a Democrat from San Diego and former Stanford University cheerleader, introduced the legislation after another cheerleader with the Oakland Raiderettes brought a lawsuit alleging the team violated minimum wage laws.

“NFL teams and their billionaire owners have used professional cheerleaders as part of the game day experience for decades,” Gonzalez said in a statement on the measure. “They have capitalized on their talents without providing even the most basic workplace protections like a minimum wage. If the guy selling you the beer deserves a minimum wage, so does the woman entertaining you on the field. All work is dignified and cheerleaders deserve the respect of these basic workplace protections.”

For a point of reference, the lowest paid player on the Oakland Raiders makes an average salary of around $400,000. The team’s highest paid player is guaranteed $13.8 million over five years. The details of new coach Jack Del Rio’s salary haven’t been made public yet, but former coach Lane Kiffin pulled in a base salary of $1.25 million back in 2008. The average NFL team is worth $1.4 billion.

Gonzalez’s bill, if passed, would bring the Raiderettes' wages up to $9 an hour, an improvement over the $5 an hour wage that Raiderette Susie Sanchez alleges she was paid. (According to MIT’s living wage calculator, $11.20 an hour will cover the very basics for a single adult with no children.)

Sanchez said in the suit that in addition to making nearly half the state’s minimum wage, she and other Raiderettes were forced to work in “deplorable” conditions and forced to endure “grueling” unpaid training sessions.

Sanchez rejected a settlement reached after a previous lawsuit against the team. Two of the women involved in that suit, Sarah G. and Lacy T. (the women used the first initial of their last names in compliance with Raiders guidelines), told Salon last year that they believed the team was taking advantage of them. “[It] is a bunch of women that are living our dream, and they’re taking advantage of us, and they have all of the power in the world to change it, and the men in the office have just chosen not to,” Lacy said.

Leslie Levy, a lawyer representing the Raiderettes continued, “The mascots for most teams, if not all … are male. And from every research … we’ve conducted, they get paid between $30,000 and $65,000 a year. So, while I know that they work hard on the field, they don’t work anything like these women work. And they certainly don’t work the hours outside of the field that these women work.”