The once in a lifetime conflict that maybe shouldn't be, as Sherman said, a topic of "national debate" 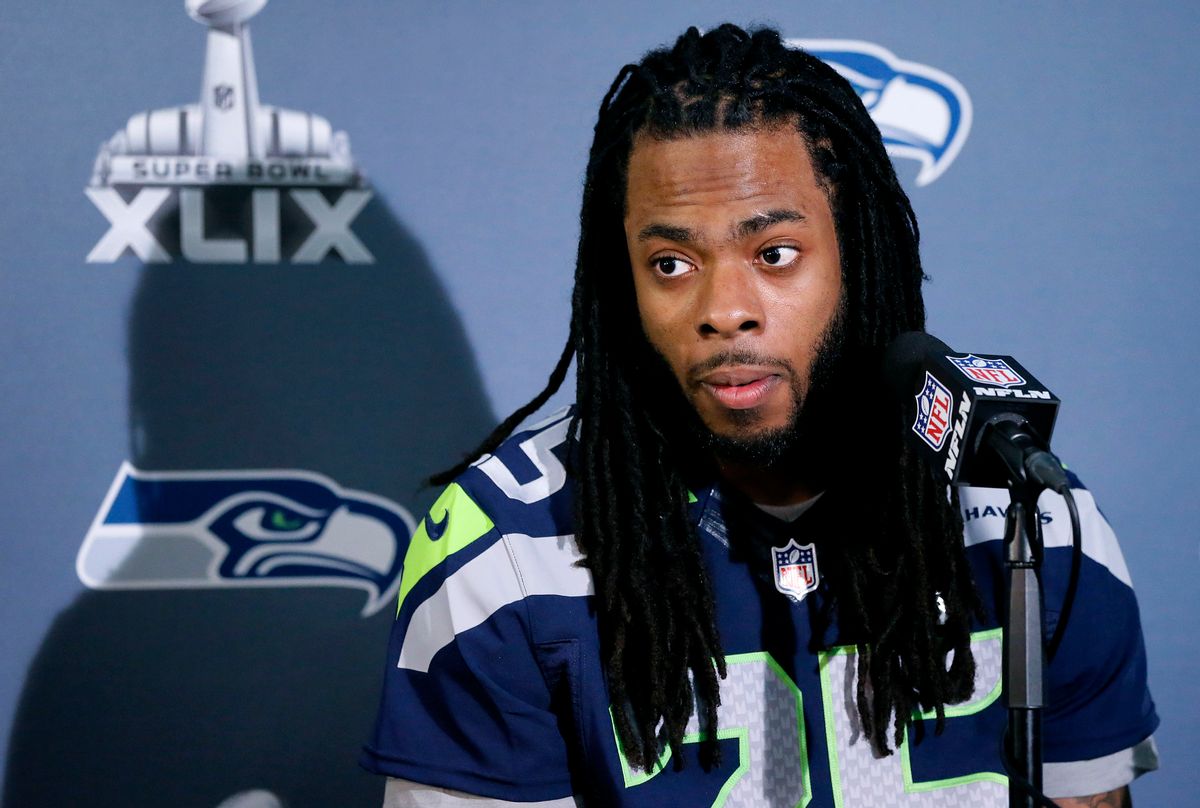 As far as reasons to miss the birth of your kid go, playing in the Super Bowl seems like a pretty good one. It’s not like it’s a conference in Lake Placid or the return of “How to Get Away With Murder” or any of the sad reasons that George Bluth Sr. bailed on plans to bring Michael to that cabin. It’s a once in a lifetime conflict, and it’s a choice that Seattle Seahawks cornerback Richard Sherman may have to make this Sunday, Super Bowl XLIX and possibly-maybe-but-not-definitely his future son's birthday.

"He's not supposed to come Sunday," Sherman told reporters this week when asked about the baby boy he’s expecting with his girlfriend. "Obviously that'd change some things, but I think he's going to be a disciplined young man and stay in there until after the game." (Related: Richard Sherman is seriously the best.)

"He's gonna do his father his first favor and stay in there for another week or two, but I've thought about the possibility of him coming during the game and coming before the game and we have things in place in case that happens,” he continued. “And, you know, we'll cross that bridge when we get there, but, you know, I obviously did not know it was a topic of national debate, honestly. You know, I'd not like to miss the birth of my first son, my first kid, but, you know, thankfully and hopefully and God willing we won't have to cross that bridge."

I think it’s fair to ask questions about gender and parenting that Sherman's predicament might raise, since it’s fair to ask these questions of everything. But I'm with him in thinking that this is a strange topic for national debate. It seems like such a specific conflict that it's hard to argue that it means something about parenting roles more broadly. (And maybe more than gender, it perhaps raises questions about the larger than life status we give professional sports in our culture.)

But here are some reasons you might want to miss the Super Bowl so you can be there when your kid is born:

And now some reasons to miss the birth of your child to play in the Super Bowl:

And I think it’s the last point -- that good parenting isn’t just being around to take pictures at the hospital -- that probably matters most here. This is where Mike Francesa really stepped in it last year when he criticized Mets second baseman Daniel Murphy for missing two games to spend time with his new baby and wife. “One day [of paternity leave] I understand. And in the old days they didn’t do that. But one day, go see the baby be born and come back,” Francesa said. “You’re a Major League Baseball player. You can hire a nurse to take care of the baby if your wife needs help.”

“What are you going to do? I mean you are going to sit there and look at your wife in a hospital bed for two days?” he continued. “Your wife doesn’t need your help the first couple of days; you know that you’re not doing much the first couple days with the baby that was just born.” Francesa knows what he’s talking about, too. He went on to explain how he did absolute dip to care for his son after he war born. “[My son] Harrison was born at nine in the morning. I worked that day. What was I gonna do, sit with my wife in the hospital?”

Francesa is pure caveman here. Sherman is a guy in a tough spot who, if it comes to it, is going to have to make a tough choice. But it’s one that I’m sure he and his girlfriend have discussed, at length, in their relationship, about the choices they will make as a family on Sunday and going forward. And if they’re good with it, why shouldn’t we be?