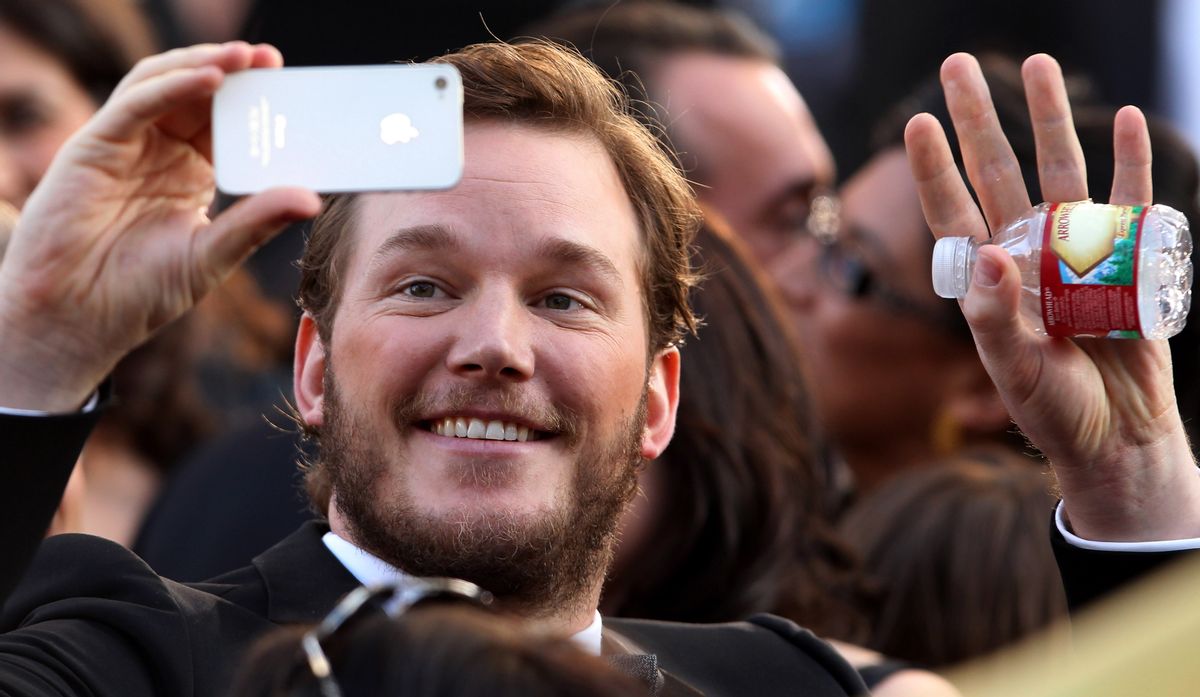 The most well-known selfie-taker in the world, Kim Kardashian, might be a woman, but it would seem that those who most ardently follow her in the craft are dudes. The results from a new poll by smartphone maker HTC indicate that young men tend to be nearly twice as likely to partake of the selfie craze as their female counterparts, and that the two groups take their selfies for completely different reasons. For a majority of the men polled, selfies are seen as a good way to attract a mate.

The study, which was taken from a sample of 2,000 people in the UK aged 18 to 30, found that most young men hoped the images would help them get the attention of members of the opposite sex, but a significant number also used selfies as a form of revenge. Via The Telegraph:

A quarter of men polled share selfies to make current or previous partners jealous, and one in ten did it to make themselves more desirable to potential partners. In comparison, half that amount of women take selfies to make ex or partners jealous (just 13 per cent), and only one in 15 (seven per cent) take pictures to make themselves more desirable to potential partners. The main reason women take selfies is to share what they’re doing with friends (35 per cent) and to record memories (26 per cent). But men and women are equally as likely to share selfies to show off (19 per cent). As well as taking more selfies, men are far more likely to show off their bodies than women - three quarters (76 per cent) of male selfies are shots of their body, compared to less than half of womens’ (45 per cent).

Another fun finding: a third of British men polled posted five or more selfies per week. That is actually approaching Kim K status, right? But, it seems, it comes with some different motivations (especially since the selfie queen already has a partner; she also doesn't seem to be a fan of "hot dog" shots, which another 11 percent of UK men admitted to taking).

The differences in the types of selfies men and women were found to take and the reasons they claimed to take them are pretty fascinating; without much explanation, it highlights the different standards by which each group's photos are judged. While the practice of taking selfies is often judged for its inherent vanity, it seems that that isn't so much what drives women to post their images online -- but it's a key motivator for their male counterparts. The findings also make one (OK, me) wonder why women are less likely to post images of their bodies -- might it be because they're much more likely to face some sort of slut-shaming? Is a six-pack selfie sort of like peacock feathers -- something only a male can use to his advantage?