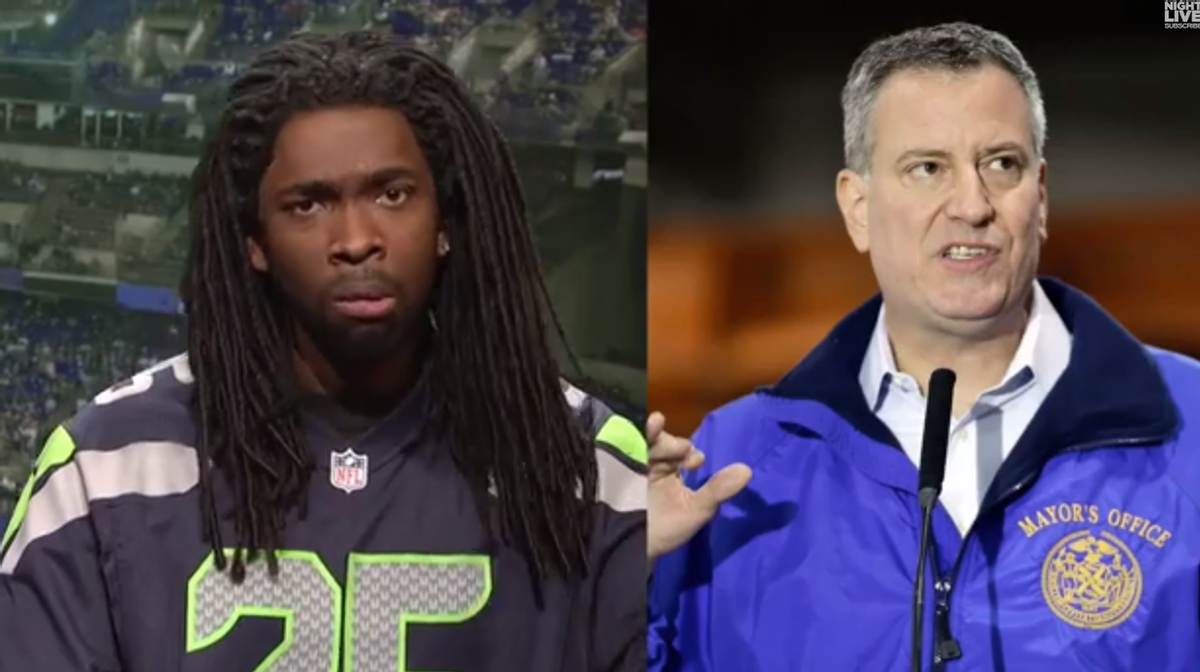 Sherman began by "verbally assaulting somebody who has already lost," and in this case that was Mayor Bill de Blasio. Sherman slammed the mayor over the recent blizzard that wasn't. "I've seen bigger blizzards at Dairy Queen!" Watch below: