Hottest year on record: The real reason why 2014 was so remarkable

14 of the 15 hottest recorded years have occurred in the 21st century, the WMO announced 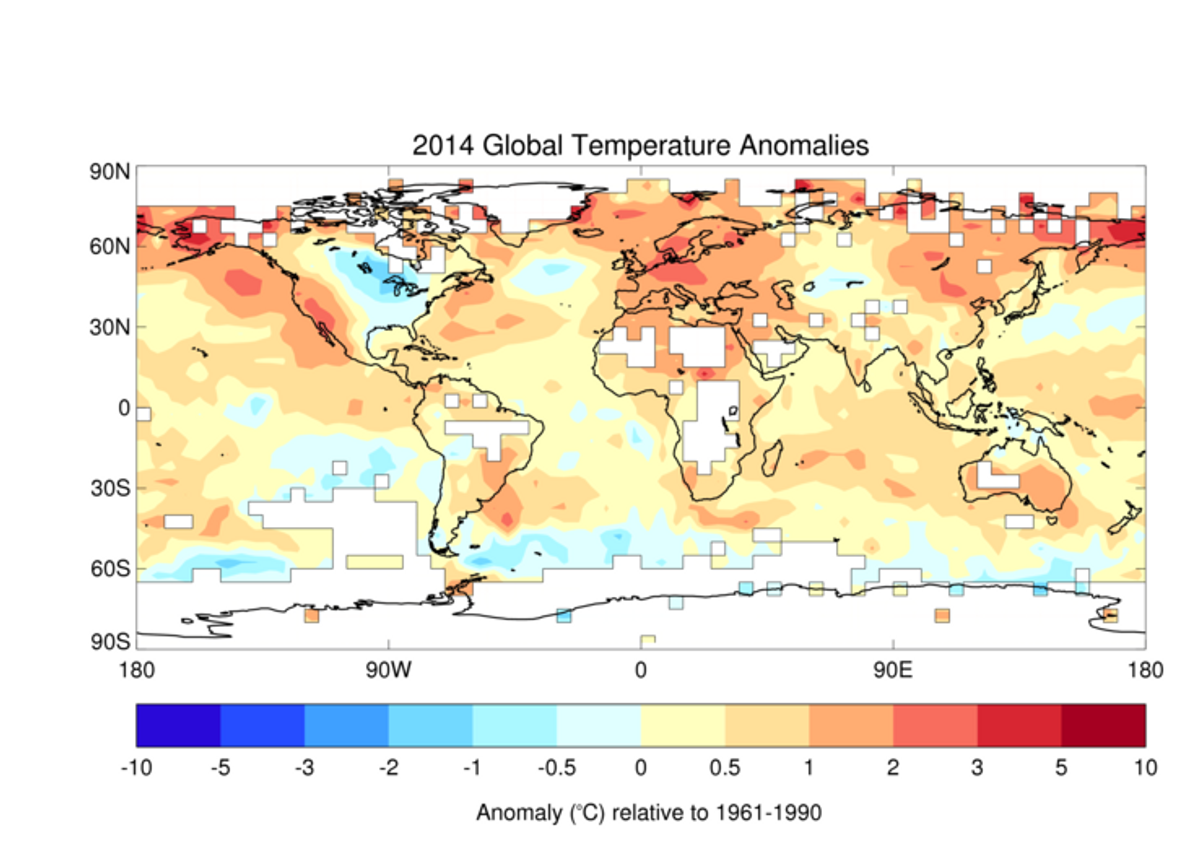 Adding to the chorus of voices from NASA, NOAA and the Japan Meteorological Agency, the U.N. World Meteorological Organization announced Monday that 2014 was the hottest year on record.

According to the agency, which incorporates multiple sources of data into its analysis, surface temperatures for the past year were 0.57 degrees Celsius (1.03 degrees Fahrenheit) above the 1961-1990 average. Sea surface temperatures set a record as well -- which is particularly important, the WMO notes, because about 93 percent of heat trapped in the atmosphere by greenhouse gases ends up in the oceans.

While 2014 was definitely hot, it didn't exactly smash records -- the WMO cautions that is beat out the previous record holders, 2005 and 2010, by only a few hundreds of a degree, putting it below the margin of uncertainty. The UK Met Office and Climatic Research Unit (CRU) decided that the uncertainty was too great to declare 2014 the hottest ever, opting instead to describe it as "one of the warmest years in a record going back to 1850."

Any doubt about the veracity of global warming statistics is candy for climate deniers. The New York Times' Andy Revkin took a deep dive into the inevitable controversies a couple of weeks ago (with links to plenty of others' dissections), and ends up here: sure, there's a lot of uncertainty, he argues, but to focus on whether 2014 was a hottest year or the hottest year just ends up obscuring the larger point.

Regardless of what you want to call it, 2014 certainly fit in with that longterm trend. Here, via the WMO, is what it looks like: And with that in mind, the most pertinent statistic from the new analysis might be this: 14 of the 15 hottest years on record have occurred since 2000.

"The overall warming trend is more important than the ranking of an individual year," WMO Secretary-General Michel Jarraud said in a statement. "We expect global warming to continue, given that rising levels of greenhouse gases in the atmosphere and the increasing heat content of the oceans are committing us to a warmer future."