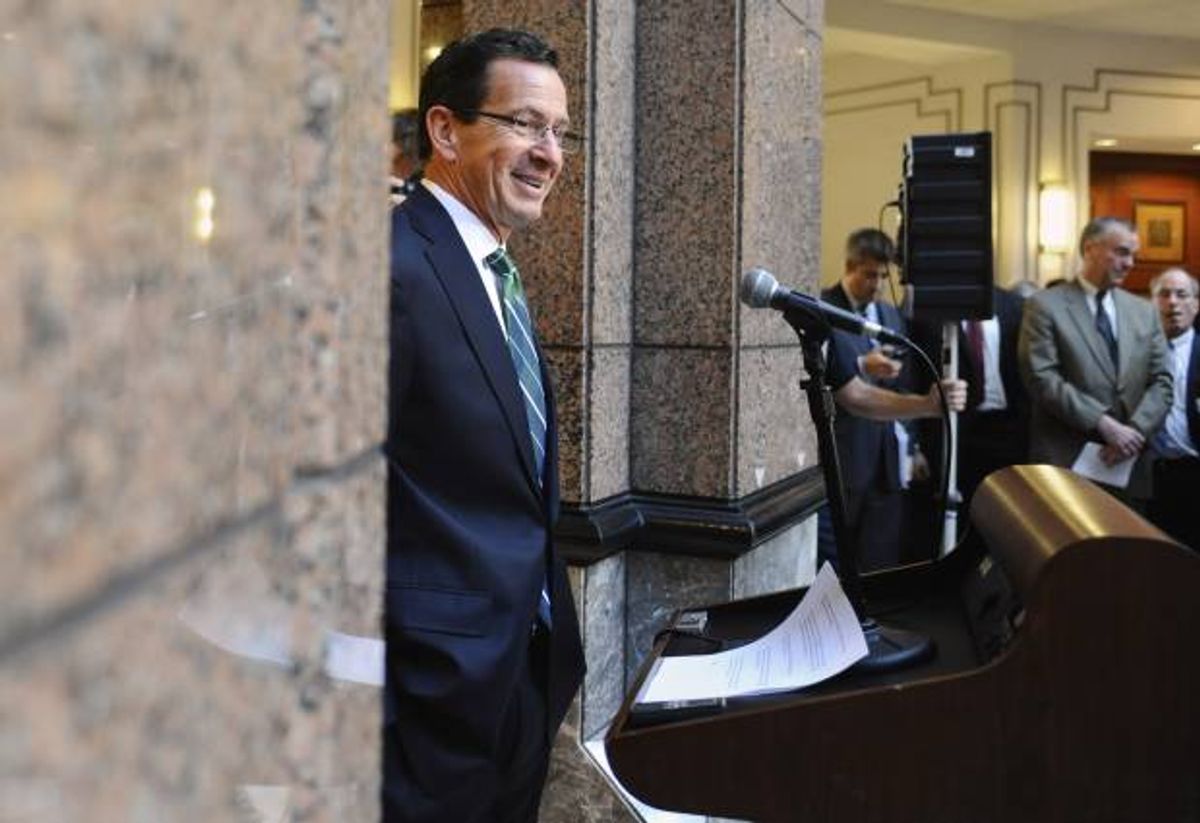 Speaking at Yale Law School, the Democrat laid out proposals in five major areas. In addition to abolishing mandatory minimums for drug possession, the governor backed legislation to reclassify nonviolent drug offenses as misdemeanors, provided there is no intent to sell; streamline parole hearings to expedite the cases of low-risk inmates; speed up the pardons process for nonviolent ex-offenders; and invest in housing and employment opportunities for former inmates. The proposals mirror reforms adopted in a politically diverse crop of states, including South Carolina, New York, Arkansas, and California.

“These initiatives build upon the progress we’ve made in recent years reducing crime rates across Connecticut," Malloy said, citing statistics indicating that the state's crime level is at a 48-year low.

“Make no mistake, a crime is a crime, and offenders should be held accountable,” Malloy said. “But punishment for nonviolent offenses should not last a lifetime.”

The governor declared that Connecticut should not abide "a perpetually punitive society."

"We have to become a second shance society where we don’t permanently punish nonviolent offenders, swelling our prisons and creating lifetime criminals out of people who made one mistake," he said.  "Let’s focus on effective solutions that break the cycle of crime and make our communities safer.”