"Allegiance" is the boring, pointless knockoff of "The Americans" that nobody asked for

This network made a lukewarm imitation of a critical hit. You’ll probably believe what happened next 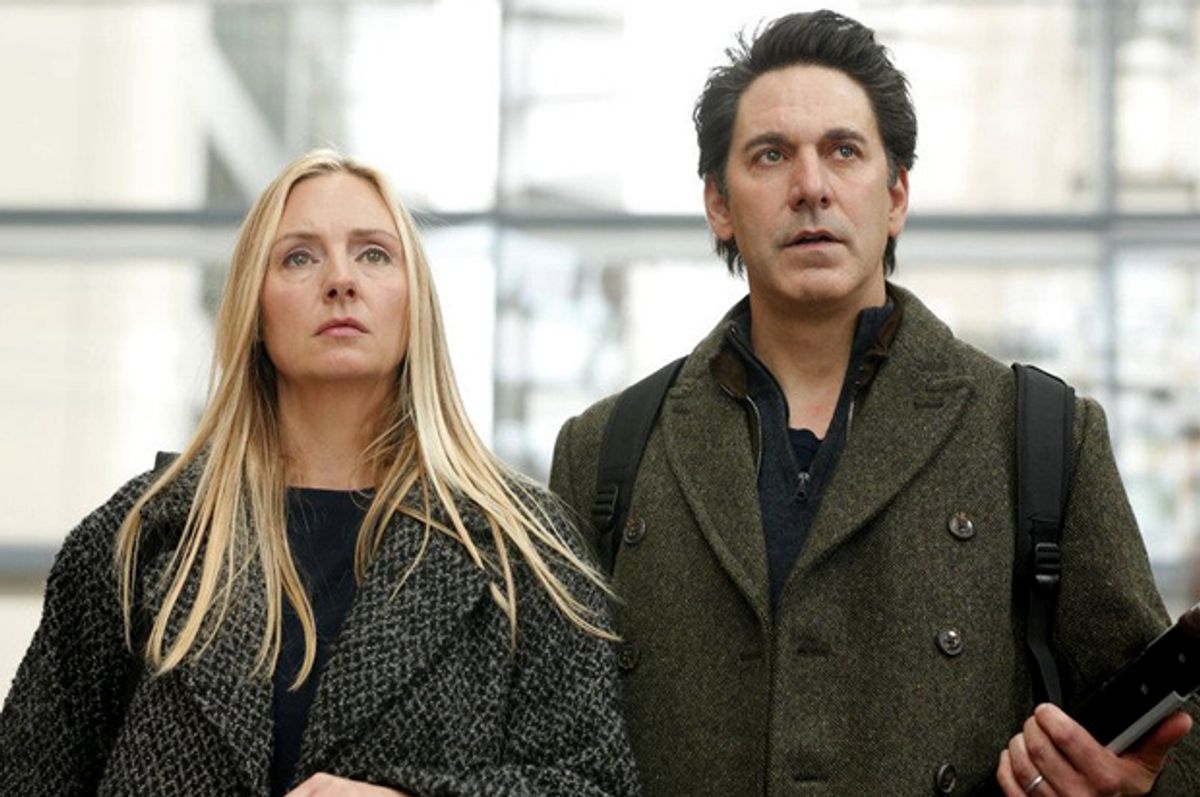 As recently as last month, there were Russian spies working undercover in the United States. It’s hard to believe—and certainly, based on the tenor of debate about foreign policy in America, conflict with Russia is not of immediate concern. But the spies still exist. In January, three agents were found in New York, working as a banker, a diplomatic attaché and a Russian trade representative. And in 2010, the FBI outed and deported 10 Russian sleeper agents and packed them back to the motherland—Russian nationals who, in many cases, had taken on American names and identities.

It’s a fascinating, intriguing story—one that captured the imagination of the media, specifically around the story of Anna Chapman, the spy with a Facebook profile. As I wrote last week, espionage is an eternally fascinating topic, because it stretches the limits of what people think they are capable of.

So how is it that NBC’s “Allegiance”—a show that has both spy drama and “ripped-from-the-headlines” appeal at its fingertips—is so deadly boring?

At least part of the problem is that “Allegiance” is an obvious attempt to replicate the success of FX’s “The Americans,” which was similarly inspired by the 2010 spy ring discovery. But "The Americans" is set in the ‘80s—an era far enough distant that its writers can encapsulate the foreign policy of the period. And “The Americans” uses the Cold War as a backdrop for a character drama about these spies—spies who have been pretending to be Americans for so long that they are, functionally, American. So often, the details of the missions aren’t clearly explained, because they’re secondary to the really important stuff—the relationship between a father and his daughter, for example.

“Allegiance” does not demonstrate any of that careful planning; indeed, it is almost exactly the same thing as "The Americans," except executed less well, with the complexities sanded off. The story is set in the tumult of post-9/11 foreign policy without even bothering to explain how and why Russian intelligence would be bent on “bringing America to its knees.” It is far more invested in the spectacle of gadgetry and investigation than character—making a nuanced stories about spies into a story of cops and robbers chasing each other around New York City.

And when it does try to deliver drama, it goes straight to soap opera—convoluted, messy soap opera. The premise of “Allegiance,” as is revealed during the pilot, is that CIA analyst Alex O’Connor (Gavin Stenhouse) comes from a family of KGB/SVR spies, without knowing it. His parents and his older sister work for the other side; his younger sister is still in high school. So when Russian intelligence comes a-knocking to recruit him—a plot swiped straight from the middle of “The Americans'” second season—parents Katya (Hope Davis) and Mark (Scott Cohen) strike a bizarre deal with them: Instead of recruiting Alex, they will spy on him, thus preserving everyone’s secrets (?) and protecting him (??) while also allowing the two aging spies to get back in the game. It’s a perplexing move—doesn’t it seem like parents are the absolute worst people available to spy on a college-graduated kid with a job in another city?—but, naturally, the SVR goes along with it, because, plot. Cue a few car chases and a shootout, and, scene.

The characters might occasionally speak in Russian, might occasionally make reference to the Cold War, but they aren’t really inhabiting the material—they’re certainly not saying anything new about it. They’re just exploiting a defining moment in history for a cheap thrill or two—and to be perfectly frank, the thrills aren’t even that thrilling. The complex web of lies and betrayal are both so Byzantine and so blatantly useless that it’s really hard to follow who is bugging whom, and why, and if it matters. You may have to ask yourself, continually, just how many children the O’Connors have. You will then be forced to ask if it really matters, which is a much trickier question to answer.

What struck me most about “Allegiance” is that there is a better story here that is just begging to be told—that of the Russian sleeper agent who has long outlasted their usefulness, for a war that not only was never truly fought but is also now long-dead. Julia Ioffe wrote in the New York Times Magazine that one of the most perplexing aspects of Russian intelligence efforts in America is that as far as we know, the sleeper agents were almost entirely useless—she calls it an “elaborate ploy to get eminently accessible information.” The sleeper agents were performing mundane tasks like talking to suburbanites and reading American newspapers; the information they transferred back to Russia was all publicly available. And: “The accused men seem to have been underwhelmed by their assignment; in a conversation the F.B.I. recorded, one complains that his work is 'not even close' to what spies get to do in James Bond movies.” I expect that as “The Americans” matures, it will address the state of spies forced to work after a war is over. I cannot expect even an acknowledgment of that reality from “Allegiance,” unfortunately.

Undoubtedly, the debuting NBC show will be a bit of slapdash amusement for viewers who are amused by any sort of cat-and-mouse chase between good guys and bad guys. That is, however, all it can really be. It doesn’t care enough about its own plot—its own existence—to really dig into the issues it’s presenting; it’s literally just taking up space on NBC’s Thursday night lineup. This is lazy drama development; it’s a side effect of not enough creativity combined with too much money.

More worryingly, it’s an example of failed reading comprehension. The show has copied much of “The Americans'” approach—but then swapped out the elements that make that show so appealing for blander options that make “Allegiance” hard to distinguish from countless other crime procedurals on television. Because “Allegiance” does not understand why “The Americans” is a good show. It is not a show that wants to inform or comment on the Cold War, or the nature of being a spy, or the texture of a psyche that is forced to lie to its children. In this case, imitation is really a sincere form of flattery—“Allegiance” demonstrates just how good “The Americans” is.