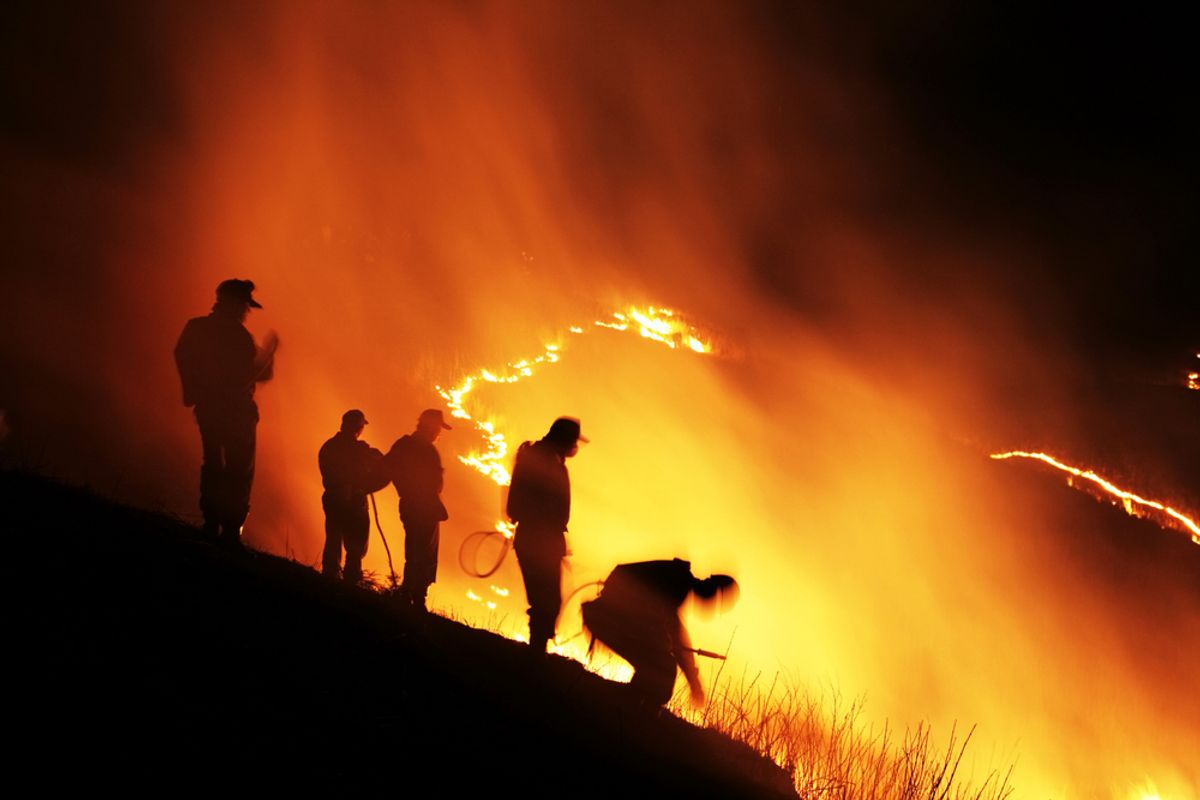 Why is it so hard to convince a climate denier that human activity is causing the planet to warm, even when the overwhelming majority of scientific evidence proves it? According to a new study published in the journal Nature Climate Change, yelling a bunch of facts won't do so much -- improving dialogue is the real key, the researchers found.

"Believers and sceptics [sic] are united, but only insofar as they are united in opposition to each other," reads the paper. The problem is something called intergroup conflict," which psychologist Tom Postmes of the University of Groningen describes as vaguely tribal. Both groups view the issue in terms of "us and them," and their philosophies "revolve around the awareness of 'us' in opposition to 'them' with very clear boundaries between groups."

For that reason, "strategies for building support for [climate] mitigation policies should go beyond attempts to improve the public's understanding of science," said Ana-Maria Bliuc, co-author of the study and professor of psychology at Monash University in Australia.

The new study drew upon an online survey -- using Amazon Mechanical Turk -- of U.S. climate "skeptics" and "believers." Along with various demographic and political questions, the subjects were also asked about how conscious they were of of [sic] being part of a group, and how much anger they felt toward those on the other side, and how much they perceived their group to be effective in the world, or able to achieve its goals.

Based upon these questions, the research found that those whom the study calls “believers” — a label they won’t like — actually showed higher levels of group cohesion, self identification, sense of collective effectiveness, and “especially anger toward the opposing group and commitment to socio-political action.”

But the feelings are mutual: “Part of the sceptic group consciousness is anger at climate change believers,” reads the study. “Antagonizing sceptics [sic] and increasing their anger towards their opponents (for example, by suggesting that their beliefs are risible) is likely to rebound by making them more committed to take contrary action.”

In the United States, the "believers" and "skeptics" are basically divided by political parties. Over 70 percent of Democrats believe the Earth is warming because of human activities, while only 27 percent of Republicans agree.

To bridge the gap, Postmes thinks that "efforts should be directed to prevent escalation, improve the relationships, and focus on the dynamics within groups that prevent progress," and places the onus on "believers" to take the first step. The "improvement of relations between groups partly depends on believers being willing and able to engage with climate sceptics [sic] and to jointly move towards pro-environmental action."