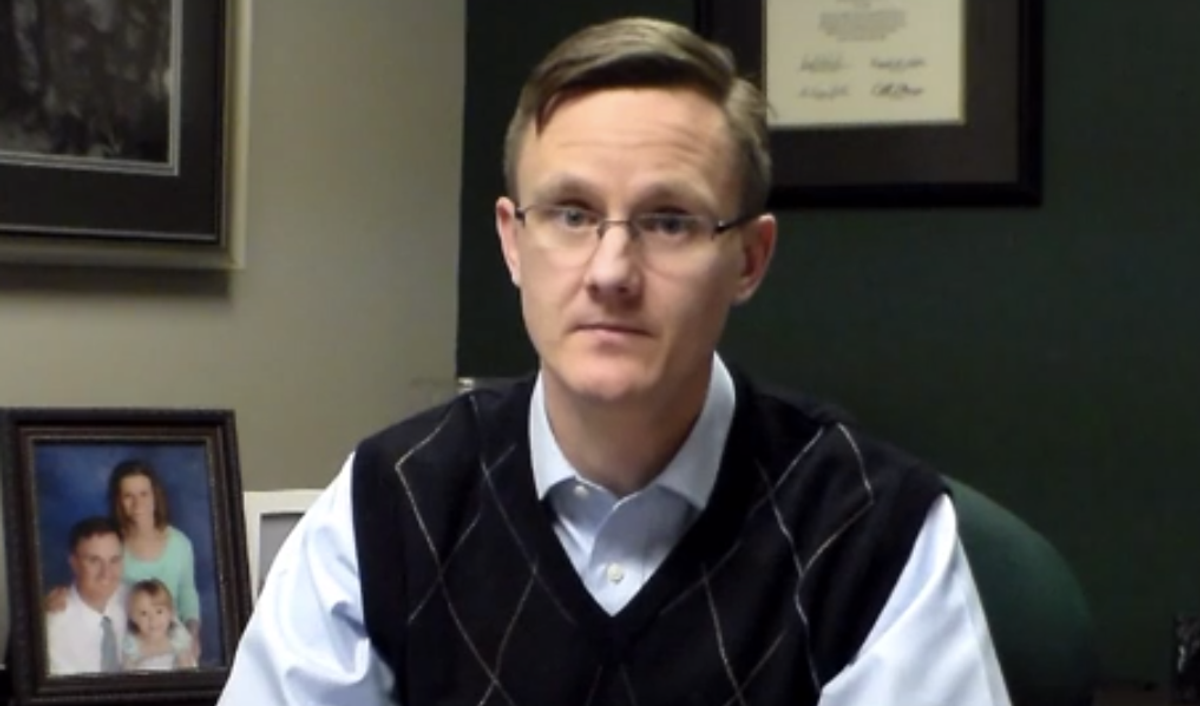 A West Virginia Republican is the latest in a line of GOPers to wade into the dangerous waters of discussing pregnancy and sexual assault, following predecessors Richard Mourdock and Todd Akin up the slippery slope of explaining why rape victims should be denied access to abortion. On Thursday, State Del. Brian Kurcaba explained his opposition to an exemption for rape survivors in an antiabortion measure -- because childbirth is "beautiful."

"Obviously, rape is awful," Kurcaba said, according to David Gutman of the Charleston Gazette. "What is beautiful is the child that could come from this."

Kurcaba, who was elected to West Virginia's House of Delegates in November, was speaking on a measure to ban all abortions after 20 weeks of pregnancy, which the state House Health Committee approved for a full House vote without an exemption for women who become pregnant as a result of rape or incest. His comments might give one a feeling of déjà vu, as they sound remarkably similar to those offered up by his GOP colleagues in years past. First there was Mourdock, the Indiana Senate candidate who, in 2012, explained his opposition to abortion in all cases except to protect the life of the mother.

"I've struggled with it myself for a long time, but I came to realize that life is that gift from God," Mourdock said. "And even when life begins in that horrible situation of rape, that it is something that God intended to happen." If you'll recall, he lost the election.

And of course who could forget Todd "Legitimate Rape" Akin, the Missouri Senate candidate who was asked to step down that same year over his comments about rape. "If it’s a legitimate rape, the female body has ways to try to shut that whole thing down," Akin said. "But let’s assume that maybe that didn’t work or something: I think there should be some punishment, but the punishment ought to be of the rapist, and not attacking the child."

Kurcaba's opposition to an exemption hinges on the same reasoning, which in turn hinges on an inability to understand just how "awful" rape is. But like so many other GOPers who shied away from talking so openly about their antiabortion views during the midterms, he managed to keep his comments to himself before the election -- and now he's made it to the statehouse.

But Kurcaba's outspokenness about wanting to deny rape victims access to abortion care isn't so out of the ordinary; fellow Republican Lindsey Graham is also looking for a way to solve the "definitional problem of rape" so the GOP can keep trying to restrict abortion access.