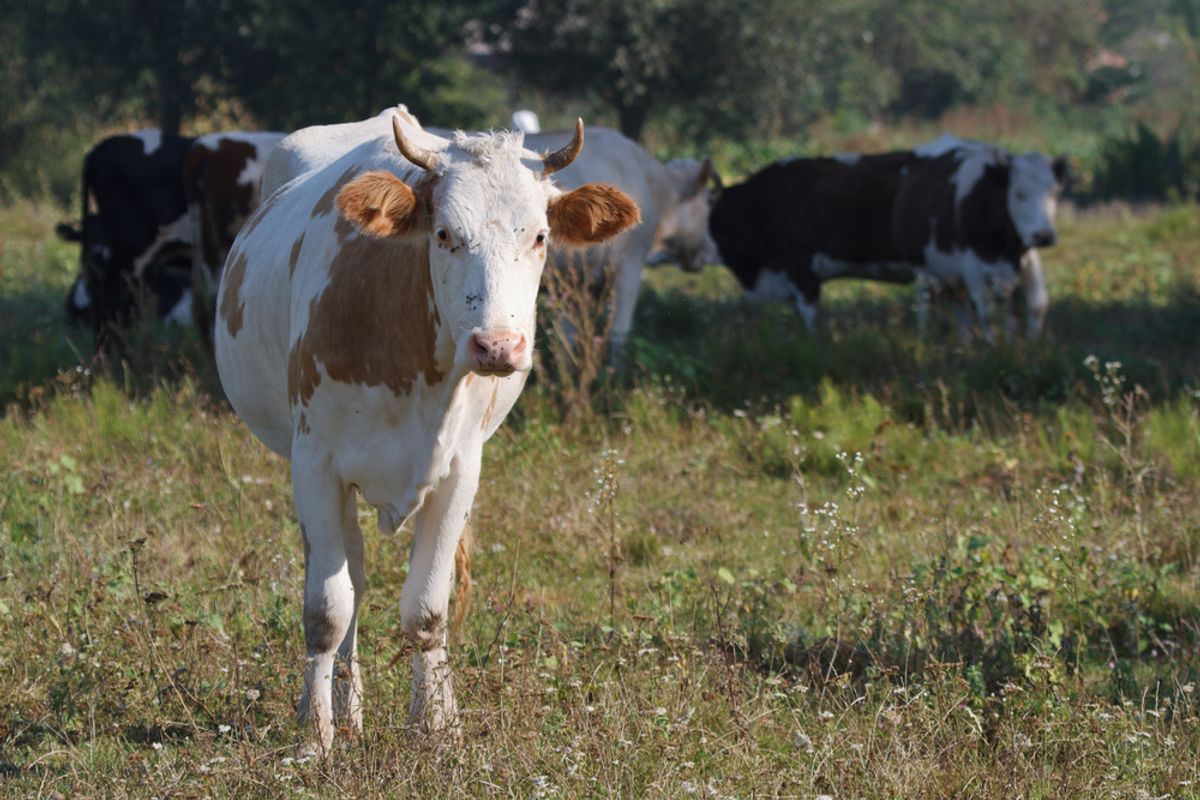 Here's some relatively heartening news for those still reeling over the New York Times' exposé of the sick experiments being carried out at the U.S. Meat Animal Research Center (ICYMI, they included experimental surgeries carried out by untrained workers, breeding techniques that lead pigs and cows to produce more offspring than they could handle, and newborn lambs abandoned to the elements): a bipartisan group of Congressional lawmakers are actually trying to do something about it.

Michael Moss reports on a new bill, called the Aware Act, that would extend the Animal Welfare Act -- which currently mostly protects dogs and cats -- to cover the animals that ultimately end up on our plates, but that at the very least shouldn't be subjected to gratuitous suffering while they're still alive:

“As stewards of taxpayer dollars, we felt a responsibility to present a legislative fix that holds the U.S.D.A. to the same humane standards that countless research facilities across the country are held to,” said one sponsor, Representative Mike Fitzpatrick, a Pennsylvania Republican. The Senate sponsors include Cory Booker, a New Jersey Democrat who wrote on Twitter last month that the article in The Times “speaks to a level of cruelty to animals that is unacceptable.” The bill has been endorsed by the Humane Society of the United States and the American Society for the Prevention of Cruelty to Animals.

Since the article was published, Tom Vilsack, the secretary of agriculture, has ordered increased protections for farm animals used in research at the center and other agency facilities. The department named an ombudsman to hear internal concerns about animal welfare, and started a review of its research.

“We will use this opportunity to enhance and improve our agency by taking a look at our protocols, re-emphasizing our priorities, and recommitting ourselves to animal welfare in our labs and in our research,” the administrator of the department’s Agricultural Research Service, Chavonda Jacobs-Young, wrote in a Jan. 23 email to employees.

Officials at the center have insisted that they're doing what they have to in order to feed a growing population, while trying to ensure animal welfare as more of an afterthought. The legislation, which calls for the Agriculture Department to conduct inspections and closely monitor experiments, could help balance those two objectives. But so long as the center's continues to focus on, as the Times originally put it, helping “producers of beef, pork and lamb turn a higher profit as diets shift toward poultry, fish and produce," there's only so far reform can go -- it'd be far easier, one would think, to just let that shift toward other, more naturally sustainable food sources happen, instead of trying to "re-engineer" animals to meet the industry's needs.