John Oliver on Radio Shack: "Hey, hey! This is a dying 94-year-old business"

The comedian stood up for the company with a message to America: "Go f*** yourselves!" 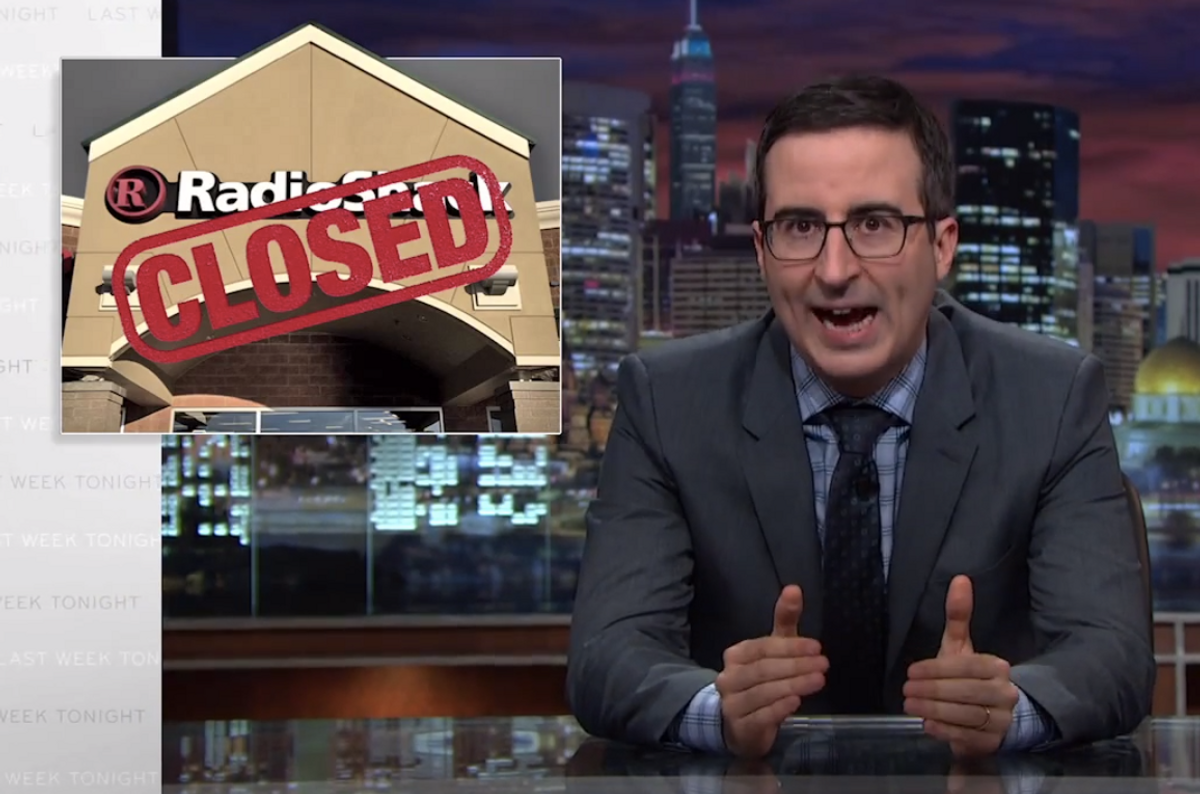 John Oliver stood up for "dying 94-year-old company" Radio Shack on Sunday night's "Last Week Tonight." Oliver called out those who mocked the company's demise, and even came up with his own "go fuck yourselves" farewell advertisement -- which he said Radio Shack is free to use.

"So America," the mock-advertisement sneers. "From all of us here at Radio Shack, goodbye and go to hell you filthy animals." Watch below: