Mike Huckabee on the threat of Islam v. climate change: "A beheading is much worse than a sunburn" 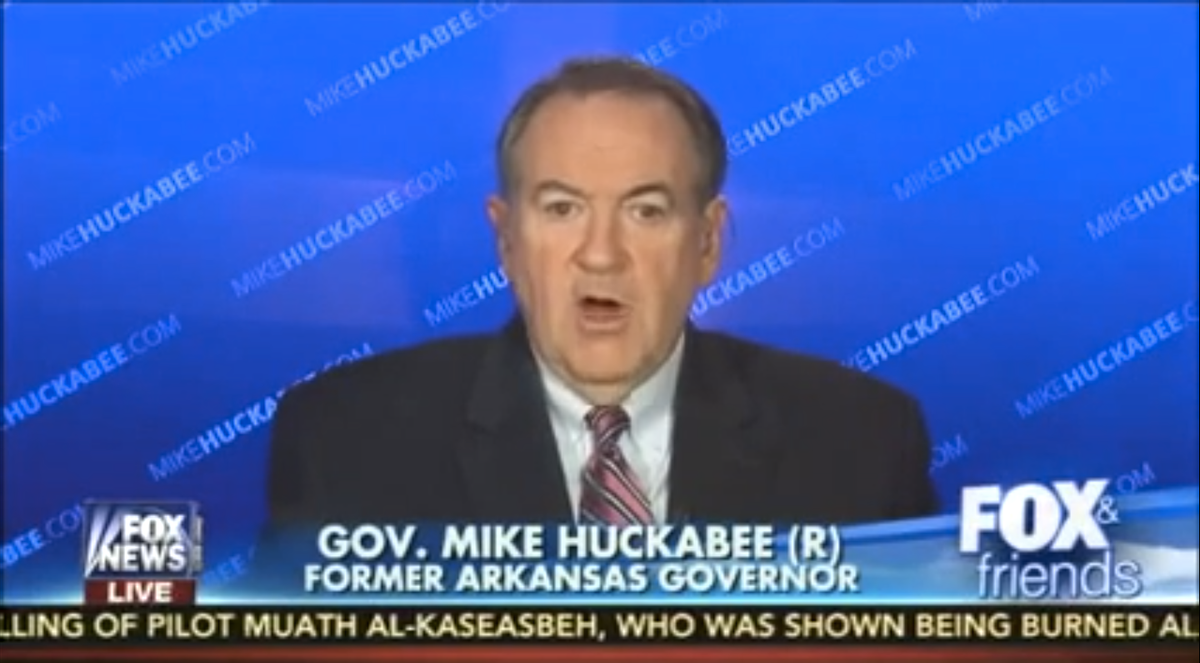 On Monday morning's edition of "Fox & Friends," former Arkansas Governor and Fox News host Mike Huckabee responded to President Barack Obama's remarks at the National Prayer Breakfast last week, arguing that "everything [Obama] does is against what Christians stand for."

To prove his point, Huckabee referenced Obama's State of the Union, which referenced climate change as a major security threat to the United States.

"I assure you that a beheading is much worse than a sunburn," Huckabee said. "And this president couldn't watch a Western from the '50s and know the difference between the good guys and the bad guys even if John Wayne was starring in the film."