Joe Scarborough's unhinged Israel rant: "You don't understand what Jews are going through" 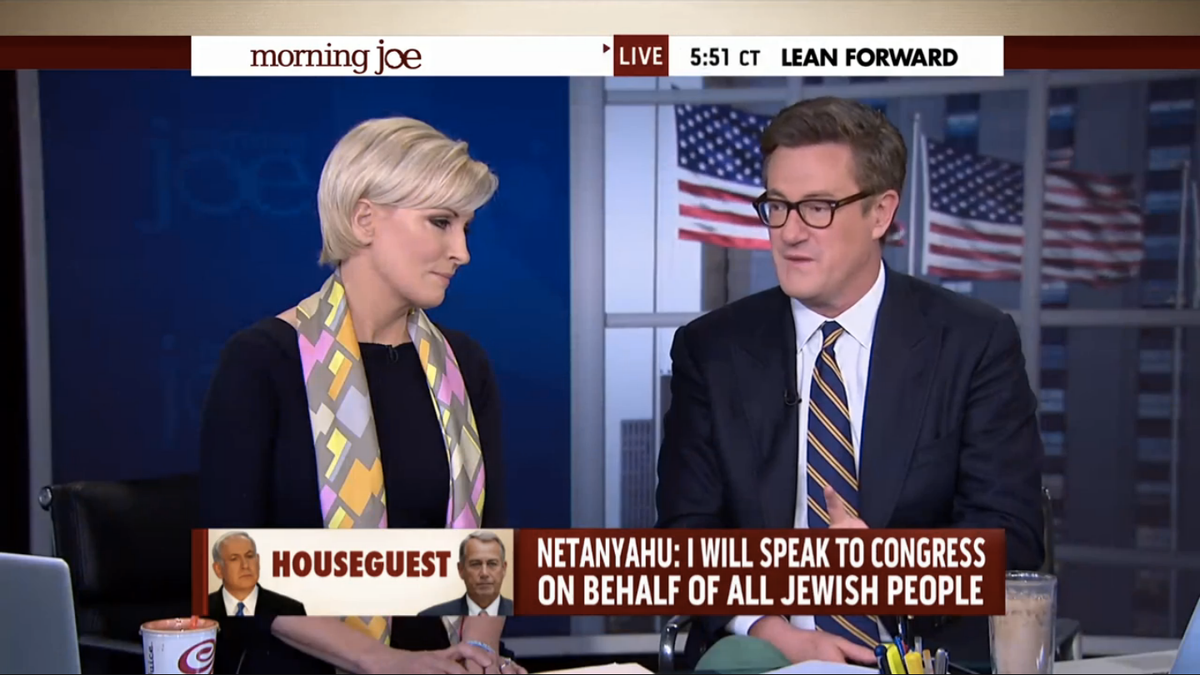 On Monday's edition of "Morning Joe," host Joe Scarborough snapped when asked if House Speaker John Boehner had acted wisely in inviting Israel's Prime Minister Benjamin Netanyahu to speak to Congress. He scolded Democrats for their criticism of the prime minister, arguing that Netanyahu is a "spokesperson for Jews worldwide."

When co-host Mika Brzezinski pointed out that Scarborough had actually had the opposite opinion just days before, he got nasty.

"I wouldn't be quite so smug about mocking somebody as Jews are being gunned down in the streets of Paris and being attacked across Europe," Scarborough said.

"I wouldn't use that to evade the question," responded Brzezinski. "And the question is, do you think it was a good call on Boehner's part to invite him."

"Benjamin Netanyahu, the people of Israel and Jews across the globe need to know that there's at least one country, one country that understands what they're going through, the anti-semitism they face every day and the fact that there is a country that has promised to get a nuclear bomb and wipe Israel off the face of the earth, that right now is negotiating with the United States to get that nuclear weapon that would allow it to wipe Israel off the face of the earth," ranted Scarborough. "I know there are a lot of people out there that hate Jews, go ahead and tweet me. I know you hate Jews, I know you're anti-semitic."

"It's not low-hanging fruit. If you can't go to a kosher deli in Paris, France without being gunned down, if you don't face anti-semitic attacks in England, if you can't send your kids in France to nursery school without them being shot dead-- but, go ahead, be smug about it. You don't understand what Jews are going through. You go ahead and be smug."