"He made a mistake": Bill O'Reilly comes to Brian Williams' defense 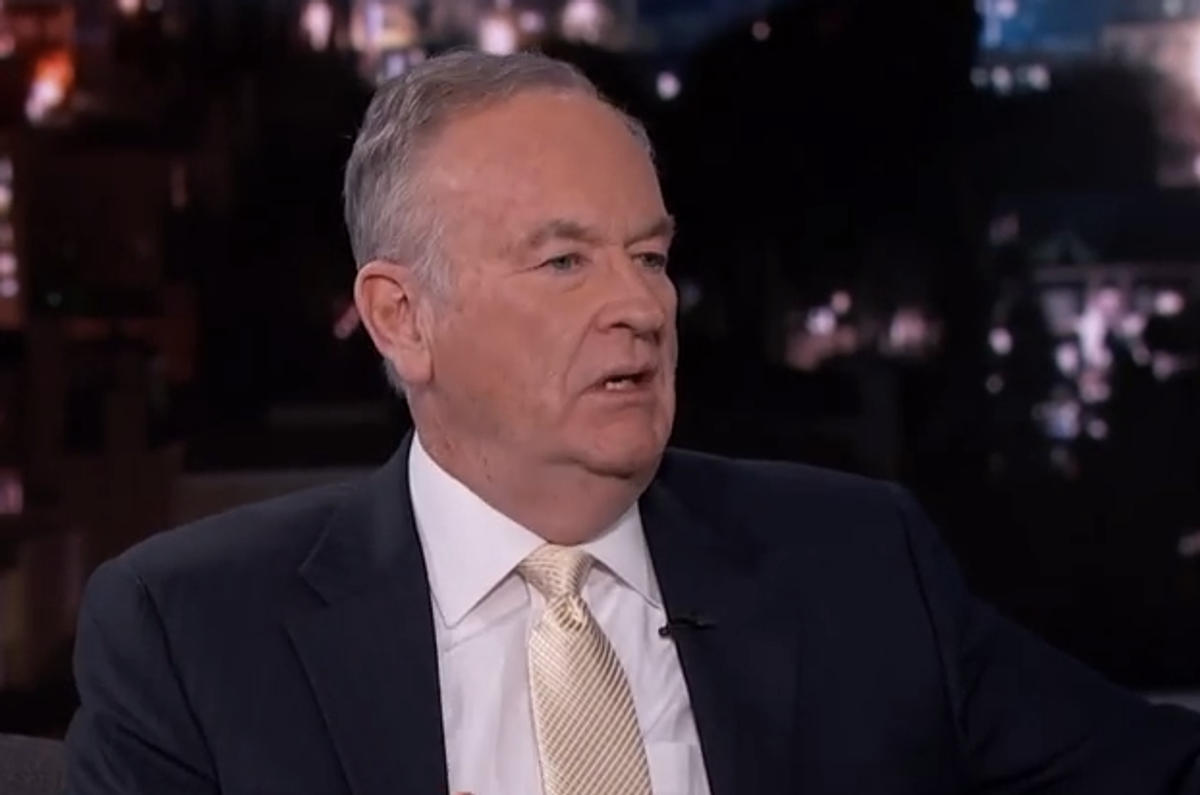 Under intense scrutiny following the revelation that he misled the public by claiming he was aboard a helicopter that came under fire in Iraq in 2003, confronting new questions surrounding his reporting on Hurricane Katrina and the 2006 Israel-Hezbollah War, and facing poll numbers that show Americans think he should step aside as anchor of "NBC Nightly News," Brian Williams is hardly riding high right now.

Appearing on ABC's "Jimmy Kimmel Live" on Monday, the crusty conservative came out as an unlikely ally of Williams, whose employer has been a frequent target of O'Reilly's barbs. To O'Reilly's mind, the firestorm surrounding Williams says at least as much about modern media culture than it does about the NBC broadcaster himself.

"Anybody who is enjoying the destruction of this man, you gotta look at yourself. There’s a lot of people saying that they're really happy his career is going down the drain. That disturbs me," O'Reilly said.

When Kimmel later expressed surprise that O'Reilly was vouching for Williams, O'Reilly replied, "Every public person in this country is a target. And with the Internet — and you know what it is, it’s a sewer — and these people delight in seeing famous people being taken apart." He also said that having ridden in a military helicopter before, he was willing to cut Williams some slack.

That said, O'Reilly added that he understood the impulse to embellish stories.

"I could see that when you come on a show like Kimmel or any of the late night shows, you don’t want to be a dweeb, alright?" he said. "You want to have something interesting to say. And that’s what happens. A journalist will say, ‘Okay, I was there,’ and then the story to make it more dramatic and interesting will emerge. ... Now, again, if it's just one time, he'll get by."

Watch the interview below, via "Jimmy Kimmel Live":