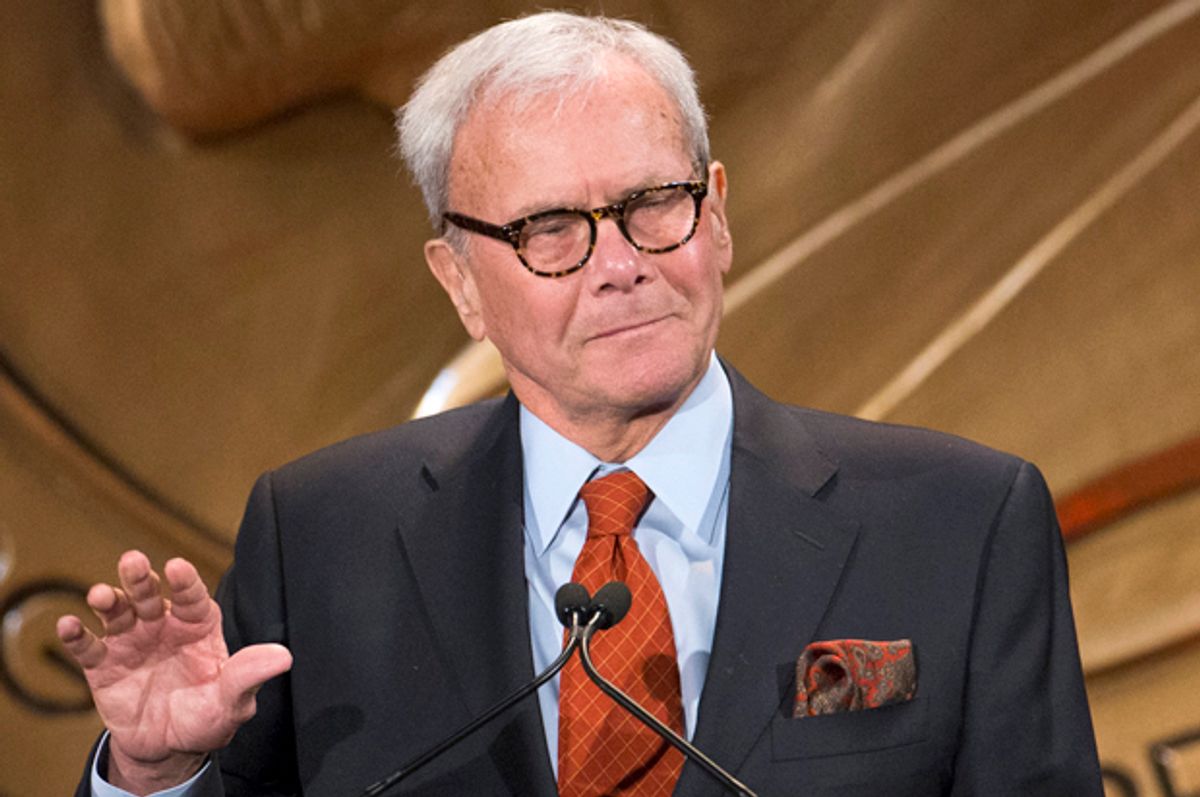 Long before "NBC Nightly News" anchor Brian Williams conceded last week that he had exaggerated a harrowing tale of coming under fire while aboard an Army helicopter during the 2003 Iraq invasion, his predecessor Tom Brokaw was warning colleagues that Williams' version of events didn't dovetail with the facts, NPR's David Folkenflik reports.

For "at least a year," Folkenfilk says, Brokaw has been intimating that Williams' gripping account -- one that has repeatedly evolved over the years -- raises significant red flags. Brokaw reportedly looked into the incident himself and concluded that "the facts simply didn't match." In the final analysis, Brokaw, who anchored the broadcast from 1982 to 2004, sees Williams as "more of a performer than an anchor," Folkenfilk reports.

Insiders have variously described Brokaw and Williams' relationship as wary, awkward and cool, despite a public front of conviviality. Following last week's revelation that Williams' aircraft had not, in fact, been fired upon, Brokaw was forced to publicly deny a New York Post report that he was pushing for Williams' ouster, although his terse statement hardly constituted a vote of confidence. "I have neither demanded nor suggested Brian be fired," Brokaw emailed the Huffington Post. "His future is up to Brian and NBC News executives."

NBC announced Tuesday that Williams, who earns an annual salary of $10 million, has been suspended without pay for six months. Meanwhile, the network's fact-checking inquiry into Williams' statements on Iraq, Hurricane Katrina and the 2006 Israel-Lebanon war remains underway. On Wednesday, it emerged that the probe may now include Williams' use of NBC expense accounts.