"What the hell is wrong with these white dudes?": What “Nightly News” & “The Daily Show” should do next

After an accomplished run with Stewart lampooning misogyny and racism, it's time for a woman to take the reins 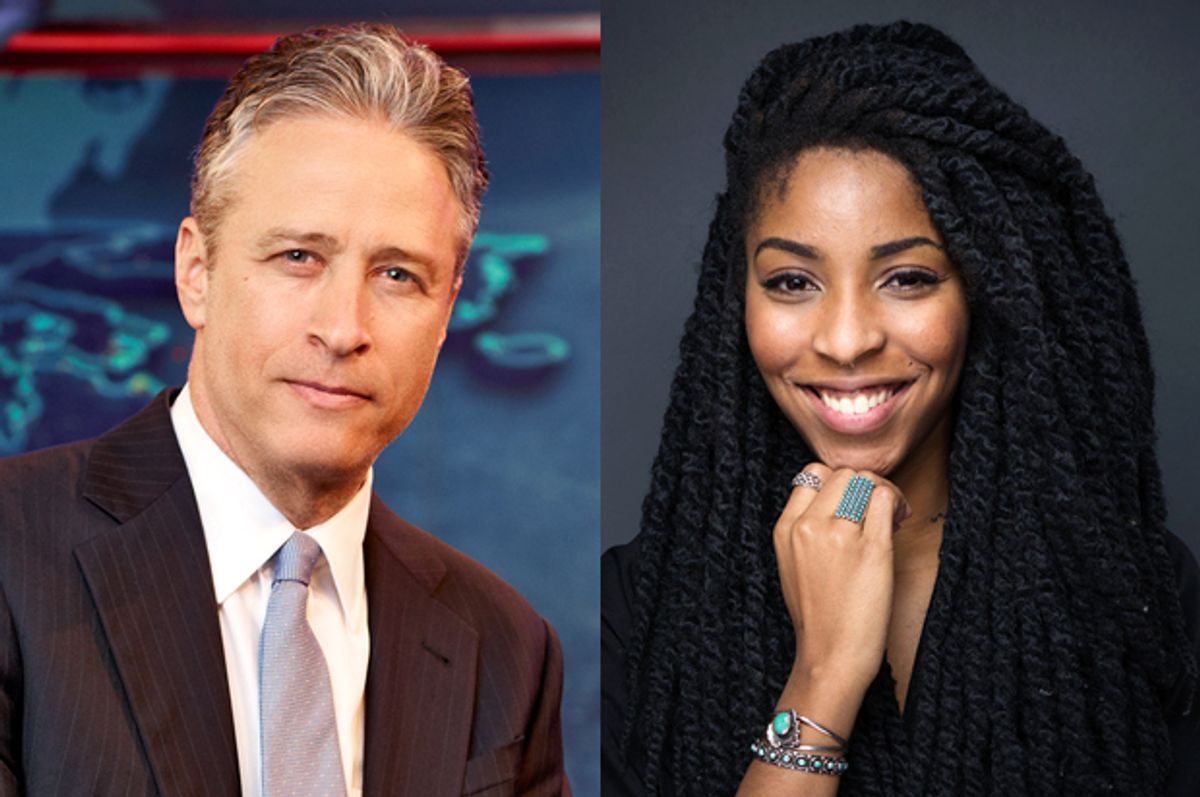 When I was a teenager I hung around with an all-lady punk crew called Mostrogen. The Boston scene I was part of, like in most other places, was a boys club. And even though the bands, mostly bands of all dudes, always had a song or two about smashing the patriarchy, the shows could still feel super aggressive and unwelcoming for women. So Mostrogen embraced the riot grrrl ethos of “girls to the front” and cleared space on the dance floor so that women could move however they wanted. They also started forming bands of their own so that they could be the ones calling bullshit on misogyny and narrating their own experiences. It was a cool time to be a baby feminist who listened to a lot of Minor Threat.

This is, weirdly enough, what I thought about Tuesday night when I heard that Jon Stewart would be retiring from “The Daily Show.” Over the last 17 years, the show has become an institution in large part because of its allergic-to-bullshit, nightly send-ups of the everyday racism and misogyny that shapes our politics and media. And now, after a long and accomplished run with Stewart, it’s time for someone else to do the sending up. Girls to the front.

Producers and executives at Comedy Central may already be turned on to this. Some of the show’s most subversive and hilarious segments have been carried by powerhouses like Jessica Williams, Samantha Bee and Kristen Schaal. (Williams’ street harassment series and a tag team segment on white privilege from Williams and Bee come to mind, but the list of times I have spit whatever drink is in my mouth while Williams deadpans something cutting and perfectly on-point is long.)

And the value of diversifying the show (which it's prioritized in recent years) is something that Stewart himself embraced after receiving criticism, as he told New York magazine last year:

I was defensive at first about our writing staff being all white and male, and then I had to examine what were the structural issues, and what’s my own ignorance of some of this. It’s been a long process, and that’s just one metric, but I wanted a wider and deeper pool of people to draw from. Hopefully, I’ve grown and learned as I’ve gotten older. I’ve had some very frank conversations with women on the staff and minorities on the staff about the inherent difficulties, the fact that in their lives they have to make decisions and strategize in a way that I take for granted. I don’t think people recognize how exhausting it is sometimes to be black.

Every night, the show mines topics like how our male-dominated state legislatures and Congress are currently dictating women’s reproductive health choices or the struggle women face while just walking down the street for all of their absurd, comic value. The thesis of the show seems to be, often enough, What the hell is wrong with these white dudes? Now that Stewart is retiring, someone else, someone who maybe doesn't look like him, should be the next person to ask that question.

Williams, for my money, is the woman to do it. Saying goodbye to her as a correspondent, which is saying goodbye to gems like this segment on a lawyer who represents fetuses in court, will be tough, but the public has pretty well recovered from losing John Oliver and Larry Wilmore as correspondents after they made the transition to being hosts.

And with Brian Williams out from behind his “Nightly News” desk, NBC has a similar opportunity to bring a fresh perspective to the show. Whatever direction the show intends to go in as it recovers from the Williams debacle -- gravitas or light news levity -- women like Natalie Morales and Savannah Guthrie should be among the names considered to take over. Because why wouldn't they be?

There are so many reasons why the next host of "The Daily Show" and "Nightly News" should be a woman. But needing any reason at all is part of the problem. We never seem to need a reason why men host most of the news and late night talk shows on television (or, you know, own most of the Fortune 500 corporations or are always president). The biggest reason to change the male-dominated nature of media and politics is because women are half the population. We already know the pool of talent that's out there. We already know the names of the women who can do these jobs. It's time to let them, if for no other reason than it's been too long already.