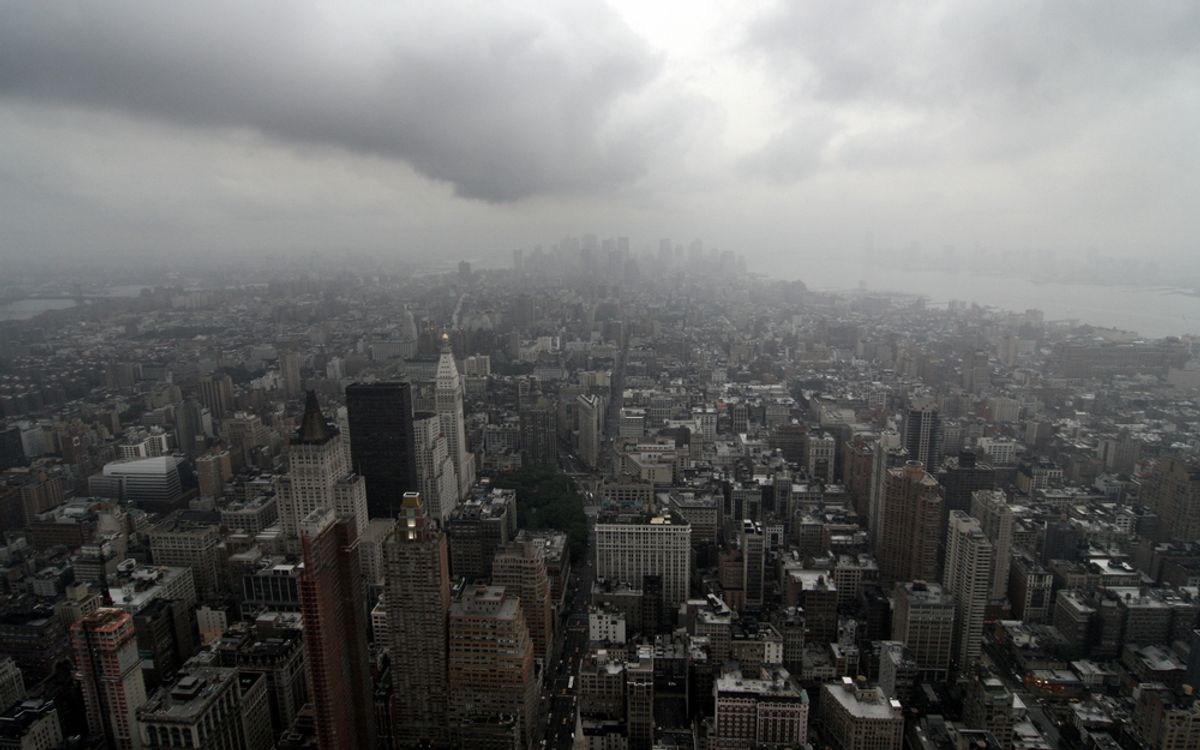 In fact, it's already arrived. That's the alarming news laid out in a comprehensive new report from the New York City Panel on Climate Change (NPCC), which unites climate scientists, risk-management specialists and other experts from the academic and public sectors to form a hyper-localized analysis of the specific threats facing New York's five boroughs.

The New York City area has already undergone major changes, the report finds: temperatures are getting hotter, heavy downpours are becoming more frequent and sea levels are rising. And as in the rest of the world, those changes are forecasted to intensify in the coming decades as climate change worsens.

The mean annual temperature over Central Park, it finds, has already increased 3.4 degrees Fahrenheit in the period between 1900 and 2013. It could continue to rise by anywhere from 4.1 to 5.7 degrees by the 2050s, and by 5.3 to 8.8 degrees by the 2080s, as compared to a 1980s baseline, while the frequency of heat waves triples. Precipitation, likewise, has already increased (by 8 inches in that same period) and is projected to continue to do so, by as much as 13 percent over 1980s levels. Days that see extreme precipitation, over that same period, are expected to occur 1.5 times more often each year.

It's sea level rise, though, that poses a particularly big risk to those in low-lying areas of the city, as well as to those with coastal property. Already, the rising tides average 1.2 inches per decade -- nearly double the observed global rate. Incredibly, the report predicts that they could continue to rise: 11 to 21 inches by the 2050s, 18 to 39 inches by the 2080s, and as high as 6 feet by the end of this century, turning large swaths of the city into flood zones: Changes in coastal storms aside, the report warns, it is "virtually certain" that sea level rise alone will make coastal flooding more frequent and intense in the coming century.

None of the NPCC's predictions are written in stone -- better to think of it as a guide to the absolute worst-case scenario. But despite "significant uncertainties" about just how extreme those risks are, the authors write, "decision makers are better served by consideration of the future climate risks, rather than by reliance on the climate of the past, in development of resiliency and rebuilding programs."

The report, in other words, was commissioned not just to scare the socks off of New Yorkers, but to figure out the best way to prepare for these coming climate catastrophes. And in so doing, it highlights the interplay between any city's role in mitigating global climate change  -- it's careful to assert that "reducing greenhouse gas emissions now reduces the likelihood of more extreme climate risks in the future" -- while preparing, on the local level, to adapt to those risks that, at this point, are unavoidable.