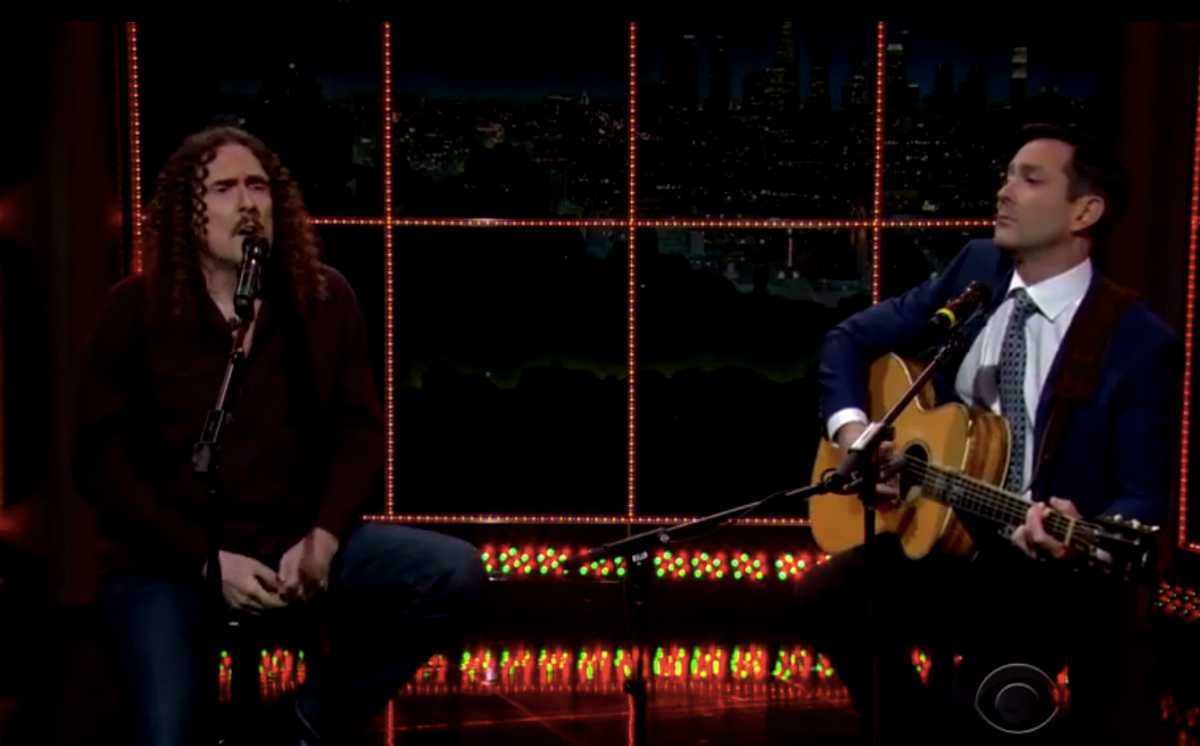 "Weird Al" Yankovic was the musical guest on Monday night's "The Late Late Show." On the show "Weird Al" professed to guest-host Thomas Lennon that his true passion is American folk music. He and Lennon then proceeded to "cover" a Woody Guthrie song. "Not one of the hits," Yankovic admits.

The song as you may have guessed was not Woody Guthrie at all, but rather a promotional song for "Weird Al's" upcoming "Mandatory World Tour" dressed as an American folk song -- which quickly morphs into a polka-folk hybrid. Classic "Weird Al." Watch below starting at the 33 minute mark: