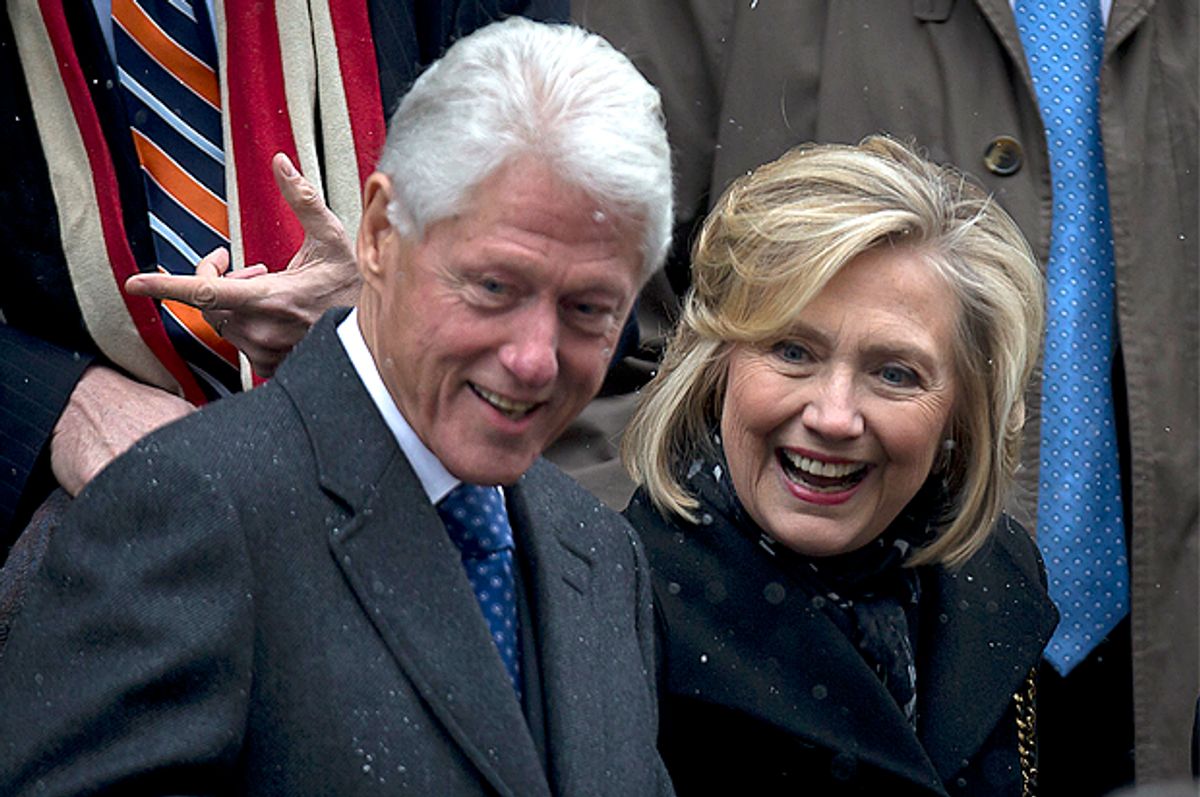 A Canadian government agency lobbying for the construction of the Keystone XL oil pipeline contributed nearly half a million dollars to the Bill, Hillary & Chelsea Clinton Foundation last year, part of a surge in foreign donations ahead of Hillary Clinton's expected 2016 campaign for the presidency.

The revelation comes in a new Wall Street Journal report on the foundation's fundraising from such donors as the United Arab Emirates, Saudi Arabia, Oman, Australia, Germany. The foundation resumed raising money from foreign governments in 2013, after a four-year hiatus while Hillary Clinton was secretary of state, although the Journal notes that State Department ethics officials approved some foreign government donations for a handful of foundation programs.

Among the donors is Canada's Foreign Affairs, Trade and Development agency, which donated a reported $480,000 in 2014, its first-ever contribution to the foundation. The agency is at the forefront of the Canadian government's bid to secure approval of the Keystone pipeline, which would transport oil from Canada's tar sands to the Gulf of Mexico. Its website lists approval of the pipeline as a top priority, touting it as "a stable and secure source of energy and energy technology." Climate scientist James Hansen warns that construction of the pipeline would be "game over for the climate."

As the nation's top diplomat, Hillary Clinton helmed the State Department during its initial environmental impact review of the project. During her tenure, Clinton initially signaled that she supported construction of the pipeline, declaring in 2010 that she was "inclined" to sign off on it. After congressional Republicans imposed a 60-day deadline in 2012, however, she recommended that President Obama not expedite approval of the project. Obama heeded that advice, denying a permit for the pipeline's construction.

Hillary Clinton has repeatedly refused to stake out a position on Keystone, citing the ongoing approval process. “We have differences and you won’t get me to talk about Keystone because I have steadily made clear that I’m not going to express an opinion,” she told a Canadian audience last month. “It is in our process and that’s where it belongs.”

That process hasn't stopped Bill Clinton from weighing in. In 2012, the former president signaled his support, creating headaches for the State Department.  "One of the most amazing things to me about this Keystone pipeline deal is that they ever filed that route in the first place since they could've gone around the Nebraska Sandhills and avoided most of the dangers, no matter how imagined, to the Ogallala [aquifer] with a different route, which I presume we'll get now, because the extra cost of running is infinitesimal compared to the revenue that will be generated over a long period of time," Clinton said at the time

"So, I think we should embrace it and develop a stakeholder-driven system of high standards for doing the work," he continued.

Last week, the Republican Congress gave its final approval to legislation forcing construction of the pipeline, setting the stage for an Obama veto.

While the Canadian agency's $480,000 donation was not linked to energy or climate programs -- it's for a program that trains youth for jobs -- it raises renewed questions about how foreign governments may use the Clinton Foundation to curry favor with the Democrats' presidential frontrunner.

The donation comes amid a $250 million fundraising drive by the foundation, and controversial regimes have been eager to pony up. The United Arab Emirates donated between $1 million and $5 million last year, the Journal reports, while the Saudi dictatorship has given between $10 million and $25 million since the foundation's establishment in 1999.