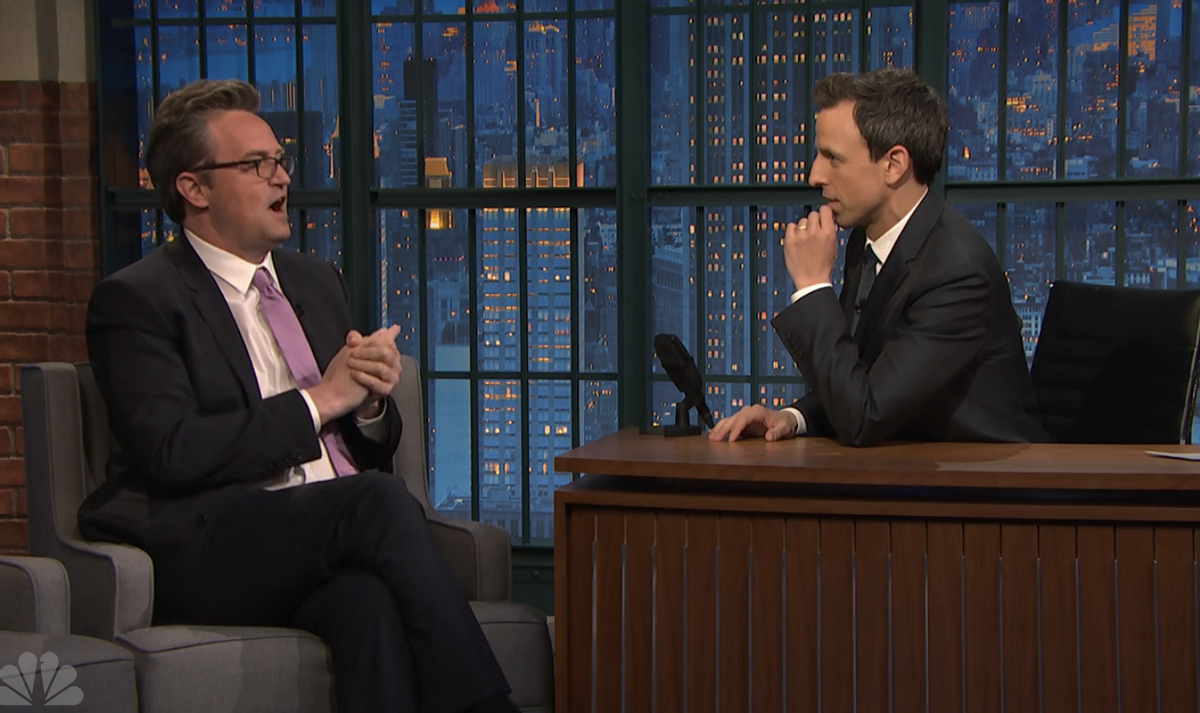 Matthew Perry appeared last night on "Late Night" where he revealed to host Seth Meyers that he was almost not able to be in "Friends."

Perry it turns out was already committed to playing a futuristic baggage-handler at LAX (who sorts through alien bags), and it looked like he couldn't accept a part in what was then called "Friends Like Us." Can you imagine someone else as Chandler Bing?