Tackling TV’s rape problem: Why “Broad City” and “Shameless” could change how we talk about sexual consent 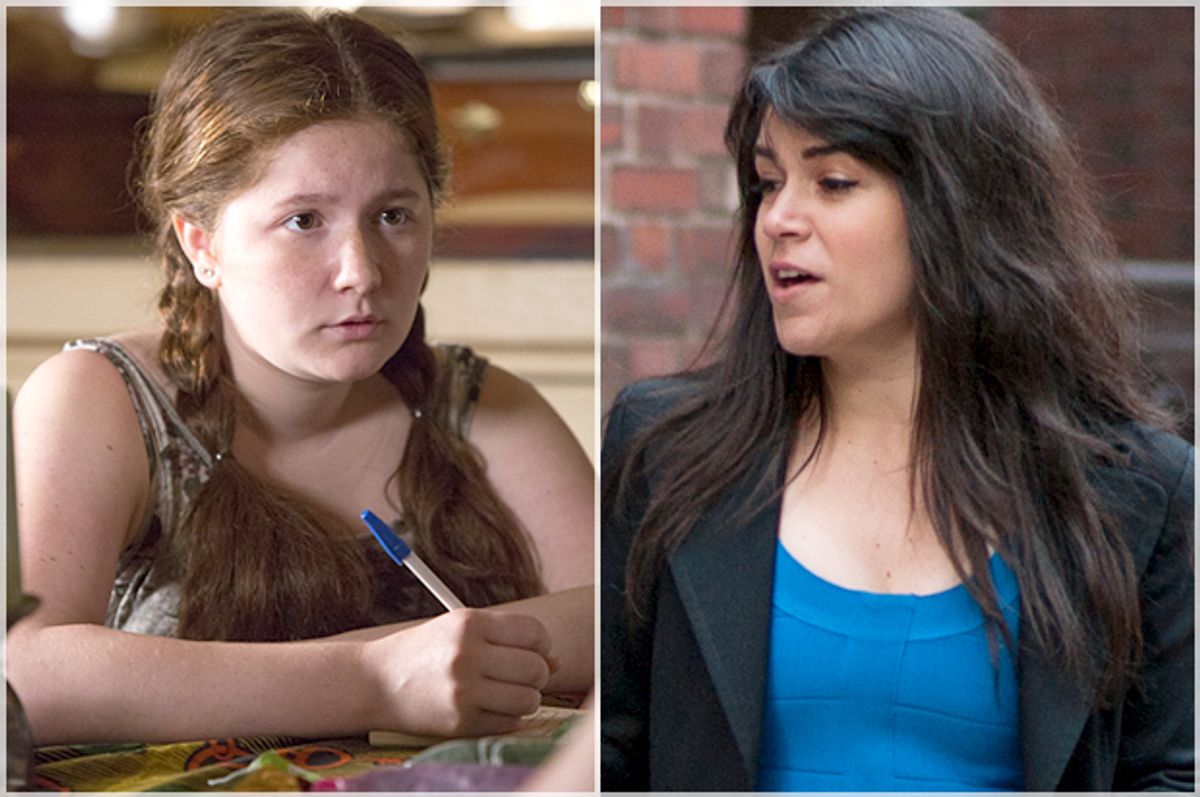 Television has an uncomfortable love affair with rape plots.

The short history of the medium has coincided with lifted restrictions, both legally and culturally, on what’s fair game to portray or discuss in our media. Film has its fair share of stories centering around rape—including the disturbing sub-genre of stories centering on abuse but given a pretty veneer of romance, ranging from that one particularly charged scene in “Gone With the Wind” to last weekend’s “50 Shades Of Grey.”

But it’s different for TV—a medium that plays host to more rape plots in the 10 p.m. hour alone than film could possibly match in a month. Television is the home of the crime procedural, the teen soap opera, and “The Bachelor,” among other affronts to humanity. With the explosion of prestige television, there are any number of prestigious dramas offering up several hours of meditative investigation of a single rape or sexually driven murder, and all of those put together could not even match the sheer number of rape cases that will be presented to a viewer of a “Law and Order: SVU” marathon on USA.

For a fan of television—from “Top of the Lake” and “True Detective” to, yes, “SVU”—it’s a disturbing focus. Not just because rape is a brutal, horrible act to experience, inflict or witness; that goes without saying. But also because it feels, so much of the time, that the shows in question are uninterested in portraying rape as anything more than a plot device. Mo Ryan at the Huffington Post took this trope apart in her review of last summer’s show “Tyrant,” pointing out that when the audience doesn’t even learn the name of the woman being victimized, it’s a rape plot used more for exploitation than exploration. This was particularly obvious in the fallout to the non-canonical, seemingly forgotten rape scene in the last season of “Game of Thrones,” where the director of the scene stated publicly that he didn’t even interpret the scene as a rape scene.

Director Alex Graves accidentally stumbled into a morass that reaches far wider than television. Was it rape? It’s a question asked by skeptical news consumers and “Thrones” fans alike. It sure looked like it, I could argue; Cersei protested and cried and beat ineffectually at Jaime, who in turn did not stop and ask for her consent before proceeding. But the counterargument is one we hear all the time—not just in fiction, but in real life: They were lovers; it was a complicated relationship; she didn’t really mean it; Jaime’s a good guy. This is not the direct, bad-guy-did-it-and-doesn’t-feel-remorse plotline that “SVU” delivers with some regularity. This is complicated. And regardless of what we saw—Graves, or myself, or the rest of the audience, or the other kids at those parties that night in Steubenville, or the other people at the bar at Vanderbilt, or the friends of that UVA student—the truth of the matter is going to come down to what those people in that moment experienced, and there is literally no guarantee that they will agree, even if they both are telling the truth.

The problem is that consent is not always so obviously signaled and understood. Yes, there is enthusiastic consent, and there is emphatic non-consent, too. But in the world where most of us live—with its imperfect communication and messy dating rituals—consent is not a black-or-white signal, but more a set of behaviors that seem to lean toward one side or the other of “probably.” This is especially relevant in situations where the parties involved have a history of romantic involvement. What if Cersei indicated her consent to the situation in some secret, private way that only Jaime could interpret? What if Jaime thought she had, but she hadn’t? What if she thought she had consented, but Jaime thought he was raping her? Is it rape then?

Partly because discussing consent or lack thereof as it involves real-life cases is depressing as all hell, television has offered—along with a cornucopia of rape plots—a refreshing batch of plots that openly discuss the complexities of consent. ABC Family’s “Switched at Birth” is currently working through a campus rape story line that refuses to inform the audience what “really” happened that night, instead emphasizing that both parties’ version of events are entirely different. Dramas like “The Americans” and “Mad Men” have offered up sex scenes that are charged with shades of both consent and non-consent, as a way of exploring the complexities of the topic.

But “Broad City” and “Shameless” stand out in my mind for, over the past month, offering up story lines about consent that are not dramatic, but funny. Not, I should clarify, super-duper hilarious, or particularly comfortable, either. But played for laughs? Absolutely.

“Broad City” took on “Was it rape?” with raunchy, uncomfortable style. The second-season opener, “In Heat,” shows Abbi (Abbi Jacobson) having sex with Stacy (Seth Rogen) in her stiflingly hot apartment; during the sex act, he faints, presumably from the heat. We read the scene primarily as a string of expressions on Abbi’s face; you can see her struggling with the decision of what to do next. She takes the option of climaxing anyway. The next day, she talks it over with her best friend, Ilana (Ilana Glazer), who jokes that she is a stone-cold criminal, before concluding that she is “raping rape culture,” so it’s fine. The viewer is left a little less sure. Is Abbi raping rape culture? Is it really fine? I don’t know—and clearly, neither does the show. Male Stacy, as the girls call him, does not raise any objections, but that’s not exactly a mitigating factor.

The Showtime drama “Shameless” (which often aims for shock-value comedy) took on similar material. Teenager Debbie (Emma Kenney) celebrates the summer before high school by losing her virginity to a guy she’s had a crush on for months—only to learn the next day that her partner believes himself to have been raped. Debbie thinks that they’re dating; her victim, if that is the right word, feels violated, and asks to not see her again. Complicating matters is that Debbie is underage, while Matty is an adult, resulting in one of the most singular lines on television: “You statutory raped yourself,” he says to Debbie, before saying goodbye forever. When Debbie tries to talk out the situation with her older brother, he ends up delivering a farcical version of the “there are other fish in the sea” pep talk: “A million guys would love to be raped by you.” Again: It’s not exactly ha-ha-hilarious. But the reversal of expectations is so marked that it makes you do a double take.

It’s a crucial detail, of course, that both of these comedic scenes feature a woman maybe-raping a man, instead of the other way around; the standard man-raping-woman plot is too tragically common to make particularly funny. Further, though, both situations center on the women involved as the emotional center, rather than the men. We can name the men involved, but only sort of; girlish feelings of inadequacy and wanting to impress men mingle with the awareness, accidental or otherwise, that Abbi and Debbie’s own desires ended up steamrolling those of the men involved.

I don’t think that there is an agenda buried in either show’s method besides confounding our expectations—neither show seems particularly interested in calling attention to male victims of rape, or in proclaiming women raping men to be the new and desirable world order. But in this world, real-life and televisual, of difficult-to-define shades of consent, it’s fascinating what can be made funny, whether that’s Debbie trying to explain to Matty that he definitely had a boner, or Ilana declaring to Abbi that her act is one of “reverse rapism.” Consent, gray. Humor, thankfully, less so.