The "golden years" are gone: Why retirement is hell for American women

Women are increasingly important players in the U.S. economy. Why are we treating them so poorly when they retire? 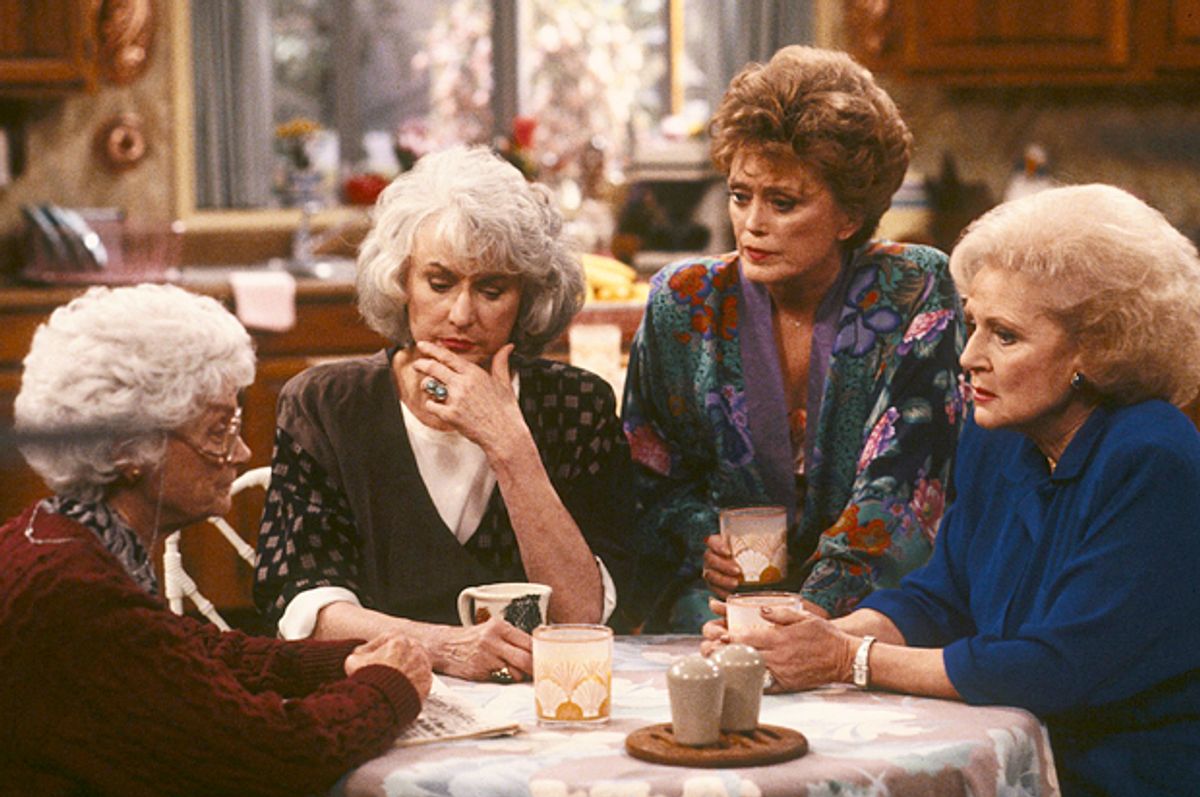 Imagine you are a woman in public service in any number of states across this country. You spend your career teaching, nursing the elderly back to health, assisting the unemployed in their job search. After many years of working hard, playing by rules, supporting your children to get them through college, you retire. If you’re lucky, your state offers a public pension that gives you a modest benefit of $18,000 a year in retirement. You know you can cover the basics, make ends meet, and be secure in your retirement. But then one day, it all changes. Your state decides to deal with its self-made pension problem by cutting benefits for retired public servants. What do you do now? At 67, do you take a job waiting tables to make up the loss? Move in with your kids?

This is the story millions of women around the country are suffering through, thanks to ill-conceived efforts to gut public pension systems.

Since the start of the Great Recession, there have been battles over public pensions in dozens of states, with right-wing lawmakers and special interests looking to gut traditional pension plans that provide a stable benefit and replace them with risky, privatized accounts that are lucrative for banks, but offer little security for working people.

The issue has been analyzed from many angles, but little has been said about the outsize impact pension cuts have on women.

Retirement insecurity is a startling piece of the vast economic inequality puzzle facing women today. Women are paid $0.78 on the dollar that men are paid for the same amount of work, resulting in decreased Social Security payments and retirement benefits. More women than men take time from their jobs to give birth, raise children and care for family members – leading to lower overall lifetime savings.

The result? The median retirement income for women in 2010 was just 59 percent that of men, according to the U.S. Government Accountability Office. Complicating matters further is the fact that women live longer than men, are more likely to live alone in old age, and have higher medical costs. And so, older women are 4.5 percent more likely to be living in poverty than men. All the while, women account for 40 percent of breadwinners and are increasingly driving our economy forward.

For a long time, the public sector was where women could gain a foothold in the economy, support their families and earn a secure retirement. In 2011, women comprised 48.3 percent of overall employment, yet accounted for 59.5 percent of employment in state and local government. But due to well-orchestrated attacks on working families, the public sector is no longer a place where workers can devote a career of service to their state and community and in return retire with economic security.

In Illinois, the average woman earns just $15,300 in retirement, $3,000 less than her male counterpart. That didn’t stop lawmakers from enacting legislation in 2013 that would cut public workers' benefits by up to 30 percent. In 2014, Oklahoma lawmakers chose to end pension plans for state employees, moving all new workers into a 401(k)-style system, a move that threatens to retire hundreds of thousands of Oklahoma women into poverty.

Some states have been bolder and more direct in their attacks on women. Last year Republican politicians in Pennsylvania tried to pass a law that would have forced women to choose between taking time off to have or raise a child and keeping her retirement benefits. They called this anti-woman legislation a “break in service” provision and it would have affected women working for the state who had been accruing retirement benefits before having a child.

On the other side of the country, in Phoenix, politicians pursued a measure that could have ended death and disability benefits for families of police and firefighters. When firefighter Travis Murphy was killed in the line of duty, his pension was all that his wife, Danielle, her 2-year-old daughter and her 2-week-old son had left. Voters stopped the measure, but if dark-moneyed interests that supported it had won, spouses – primarily women and children – could have been left with nothing.

The threats will keep coming in 2015. Indeed, it seems that the latest trend in state budget politics among the party of “family values” is to push costs of state budget savings onto women and families and hope that nobody notices. The public workers of Colorado, Michigan, Pennsylvania and more than a dozen other states can expect an assault on their retirement security in the coming months.

We are practiced in talking about the injustice of the gender pay gap, but we don’t always think about what happens after a woman’s career. Inequity follows women into retirement. While we may have moved past the cultural image of women serving their bosses bourbon on the rocks, we are still woefully behind when it comes to economic equality, especially in retirement. The problem is not just at the workplace, it’s at the State House.

Bailey Childers is the executive director of the National Public Pension Coalition.