But there's a reason why! 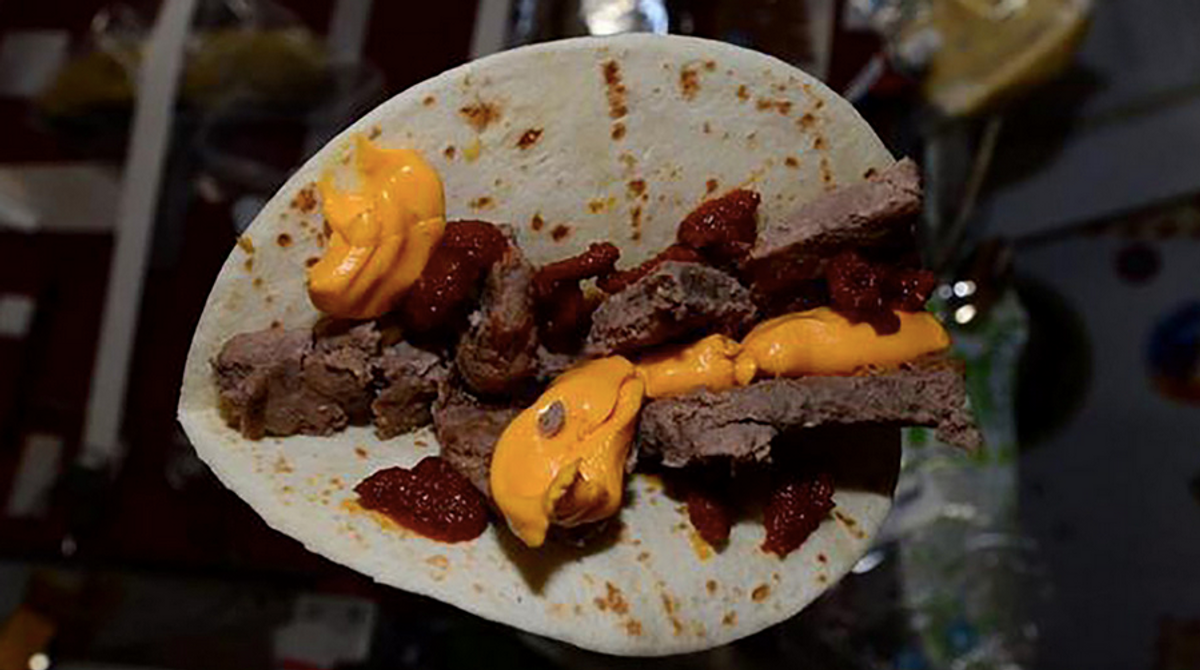 NASA X tweeted out a horrifying photo Tuesday afternoon of astronaut Terry Virts holding what is being described as a "space cheeseburger."

The secret recipe (which will surely have every mancave in town well-stocked by night and fast food giant like McDonalds out of business by morning): one tortilla, beef patty pieces, Russian mustard and a generous dollop of both tomato and cheese paste. Bonus, if you can present the entrée in a Jackson Pollack-esque fashion.

It's no secret that space food is lightyears away from James Beard caliber, but it's still astounding when you consider America's best and brightest are being subjected to cheese paste.

Discover Magazine offered up a helpful explanation as to why NASA's meals have been so historically underwhelming. In short: Chefs aren't the ones preparing the dishes.

Food scientists, not chefs, are in charge of NASA’s space meals. Portability and shelf life are as important as flavor and nutrition. Not that flavor matters much: Aromas don’t waft upward toward the nose in space. Bodily fluids do, though. They puff up the astronauts’ features into a Charlie Brown face that makes it hard to smell (and therefore taste). Space food isn’t restaurant cooking; it’s not even takeout. If anything, it’s more along the lines of a frozen dinner—but you get bigger portions from the frozen-food aisle.

That in mind, looks may deceive us but these "space cheeseburgers" are perfectly edible -- and above all, perfectly portable. Virts tweeted from his personal account a few hours later, confirming that he is, in fact, still alive. A bit more digging, reveals that Virts has eaten this concoction plenty of times in the past and even goes as far as to describe it as "VERY TASTY!"
[embedtweet id="568481582044082176"]