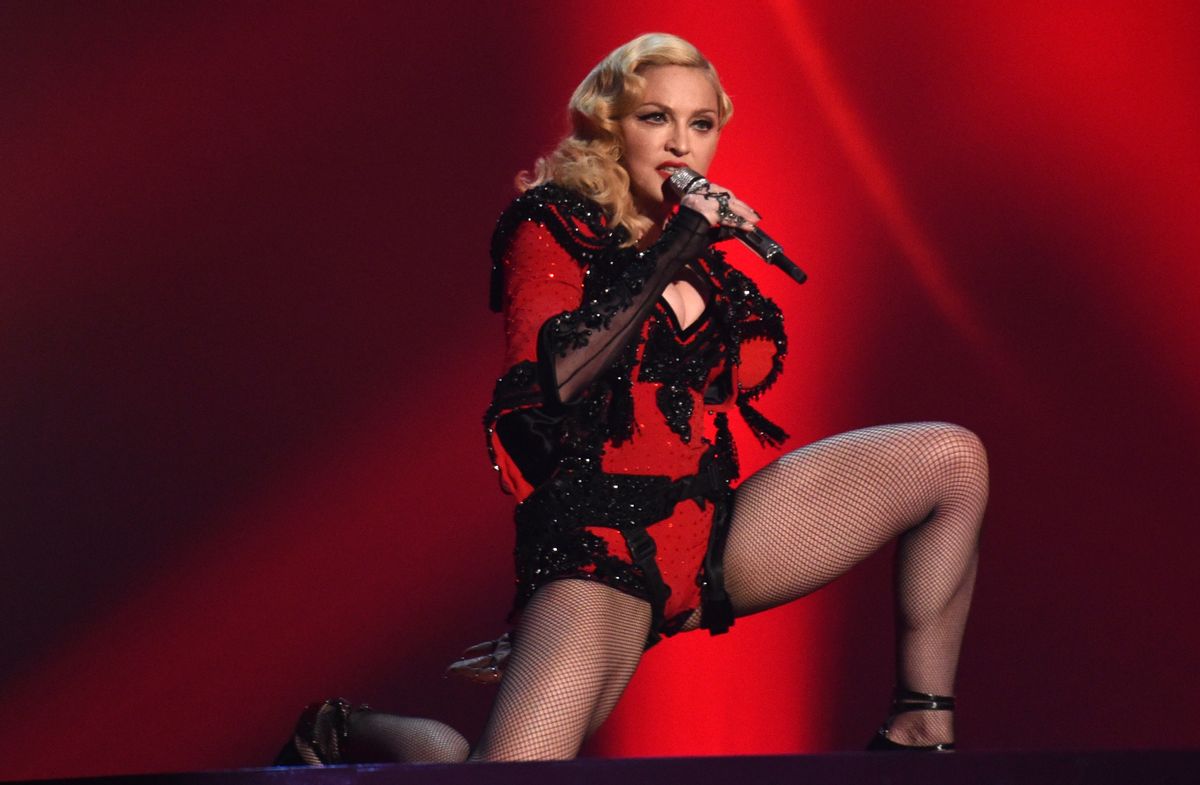 March's Rolling Stone issue leaked Wednesday, and it features an extreme close-up of Madonna, who is gearing up for the March 6 release of Rebel Heart. Also, incidentally, it contains a handful of excellent quotes about the legend's boredom over the media-engineered feud between her and Lady Gaga. Remember that?

There was the time she allegedly called Gaga's work "Born This Way" "reductive" in an interview and that brief announcement at an Atlantic City show where Madonna allegedly said "Imitation is the highest form of flattery." But all of that is in the past, and Madonna is adamant in the Rolling Stone issue that people leave that stuff there.

Madonna also went on to discuss what it means to be a woman in the industry who is constantly being pitted against other women.

Some of those interview highlights can be found below:

"We live in a world where people like to pit women against each other," Madonna said. "And this is why I love the idea of embracing other females who are doing what I'm doing. It's important for us to support each other."

"The only time I ever criticized Lady Gaga was when I felt she blatantly ripped off one of my songs. It's got nothing to do with 'she's taking my crown' or 'she's in some space of mine.' She has her thing."

"I do think she's a very talented singer and songwriter. It was just that one issue. And everybody's obviously run with it and turned it into a huge feud, which I think is really boring, quite frankly. I don't care anymore. Here's the thing: One day, everyone's just going to shut up about it. You'll see! I have a plan."