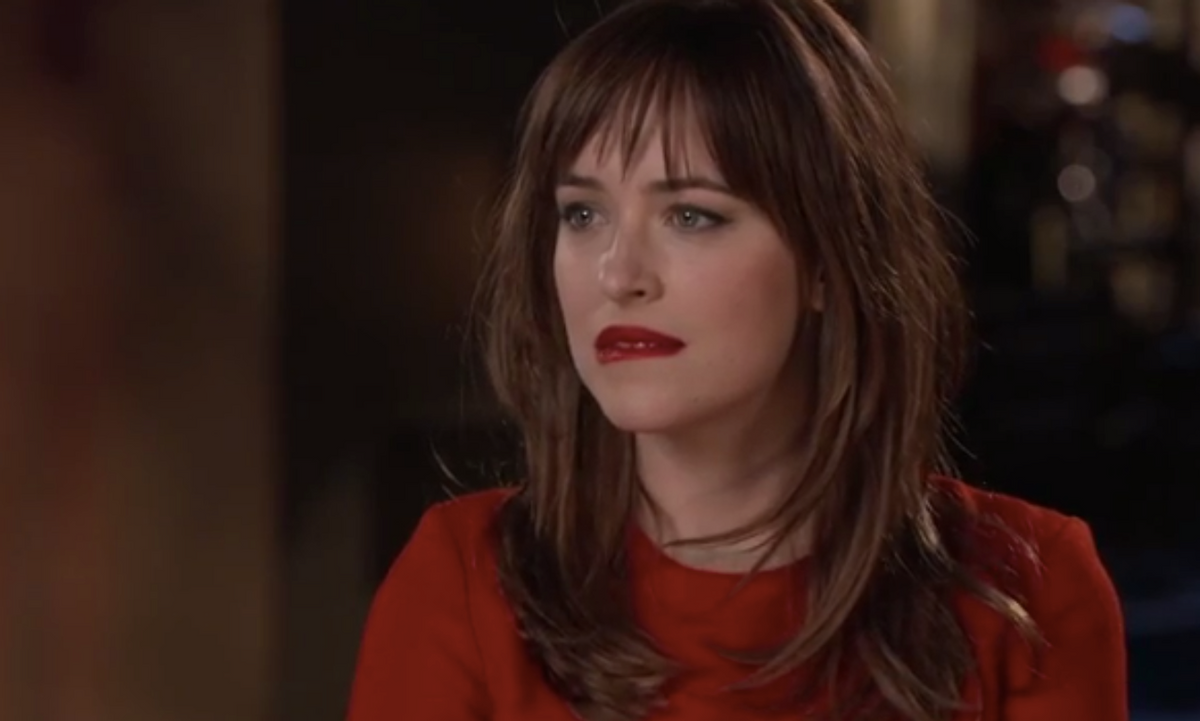 "Fifty Shades" actress Dakota Johnson will be hosting "Saturday Night Live" this week, just as she declared in an earlier "SNL 40" Q&A bit.

No one has forgotten that there was some palpably weird tension on the Oscars red carpet between Johnson and her mother, Melanie Griffith. After she declared that she'd opted out of seeing her daughter's film on principle, Johnson put an end to the "coolest mother-daughter date night" -- interjecting, "Fine! You don't have to see it."

Griffith attempted to bundle up some of this tension in a self-referential "SNL" promo, poking fun at this earlier tiff as she whines like an ungrateful brat: "Mooom please watch it!" she whines alongside Trana Killam.