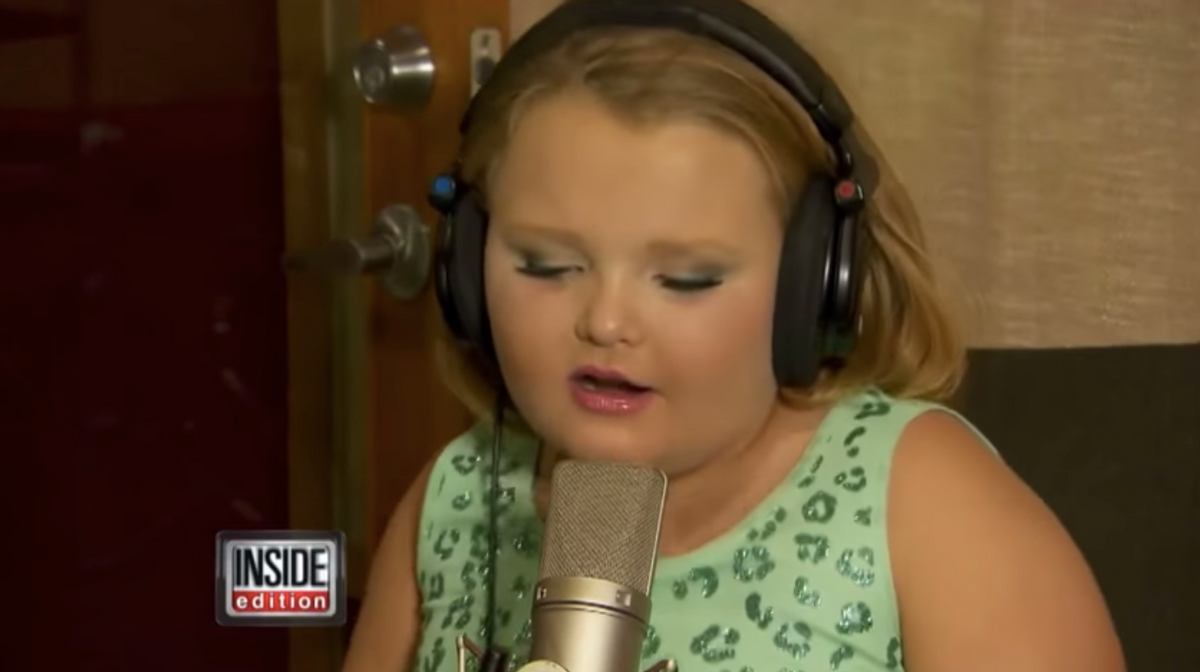 Four months ago, TLC canceled "Here Comes Honey Boo Boo" after news broke that Mama June had been dating a convicted child molester at the time he abused an 8-year-old child. That child was later revealed to be her own daughter, Anna Cardwell.

Now, as we've come to learn, the family and its Honey Boo Boo franchise is refusing to be shut down: The spaghetti-loving 9-year-old Honey Boo Boo is launching a singing career! The family debuted a snippet from her forthcoming album Tuesday on "Inside Edition."

TLC lawyers are not thrilled about this turn of events. Sources close to TMZ confirm that they will be taking the family to court if they can't abide by the TLC contract, which indicates that they cannot make money off of the show until at least June. The network isn't exactly hanging the family out to dry, though. According to that same source, TLC has already shelled out cash to the family for the season that was slated to air but never did. Also, they covered tutoring and health expenses.

Do the Honey Boo Boo Bop?