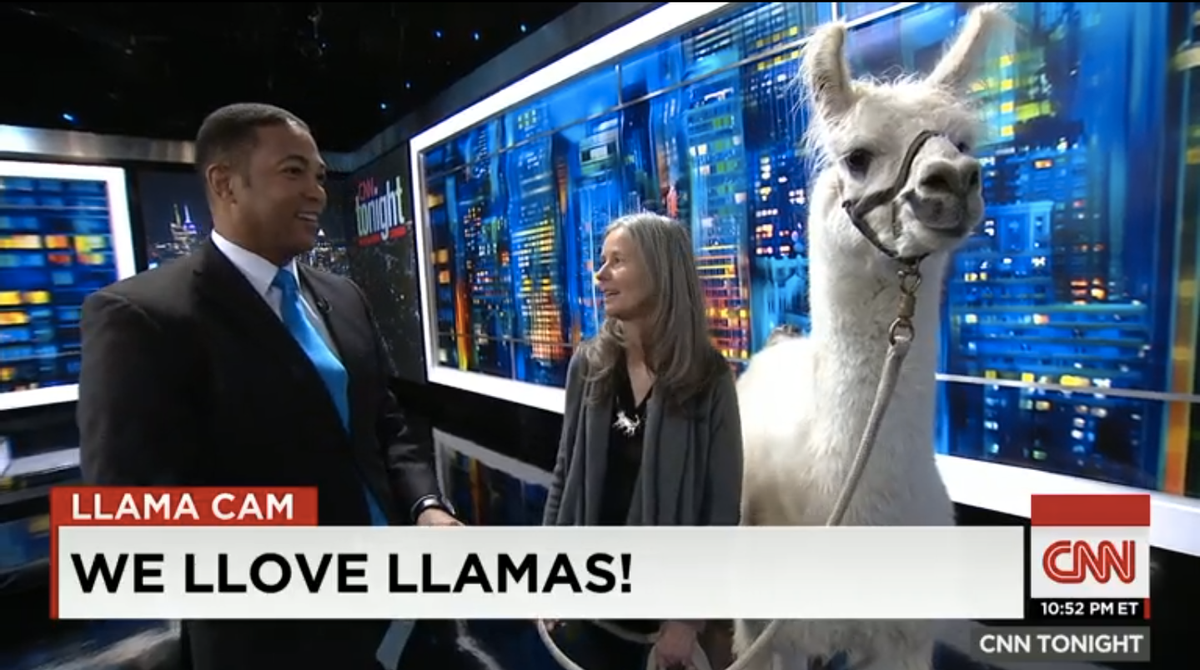 Thursday was the best day the Internet has had in awhile. Sure, it felt a little like we were rats in an experiment, freaking out when the researcher/god-figure showed us something shiny, but seeing that shiny thing just felt so good. The first thing to break Twitter was the great llama chase of 2015, which involved the dramatic escape of two Phoenix, Az. llamas and their subsequent televised chase around a parking lot. Don Lemon, consistently irritating CNN host, had to prove that he understood cultural buzz. He chose to do this by first interviewing John Rowin, one of the men who helped capture the black llama, and then by inviting an actual llama -- not one of the escapees, just a normal llama to speak to the llama experience -- on his show.

"I want you to meet my friend Pierre. He is a celebrity llama..." he said, as the camera zoomed into the confused animal's face. Lemon then asked the llama's handler a number of asinine questions that she obviously didn't know the answer to ("What went wrong? How did they escape?") before ending the segment with a ceremonial, "Are we done?"

Ugh, this kind of thing is like a sleepover party -- it's only fun until your parents come into the basement and try to play truth or dare with you. Then it becomes desperately uncomfortable. Lemon, stay out of this.