Three GOP senators insist that Republicans have a post-King v. Burwell "plan," but the details are nonexistent 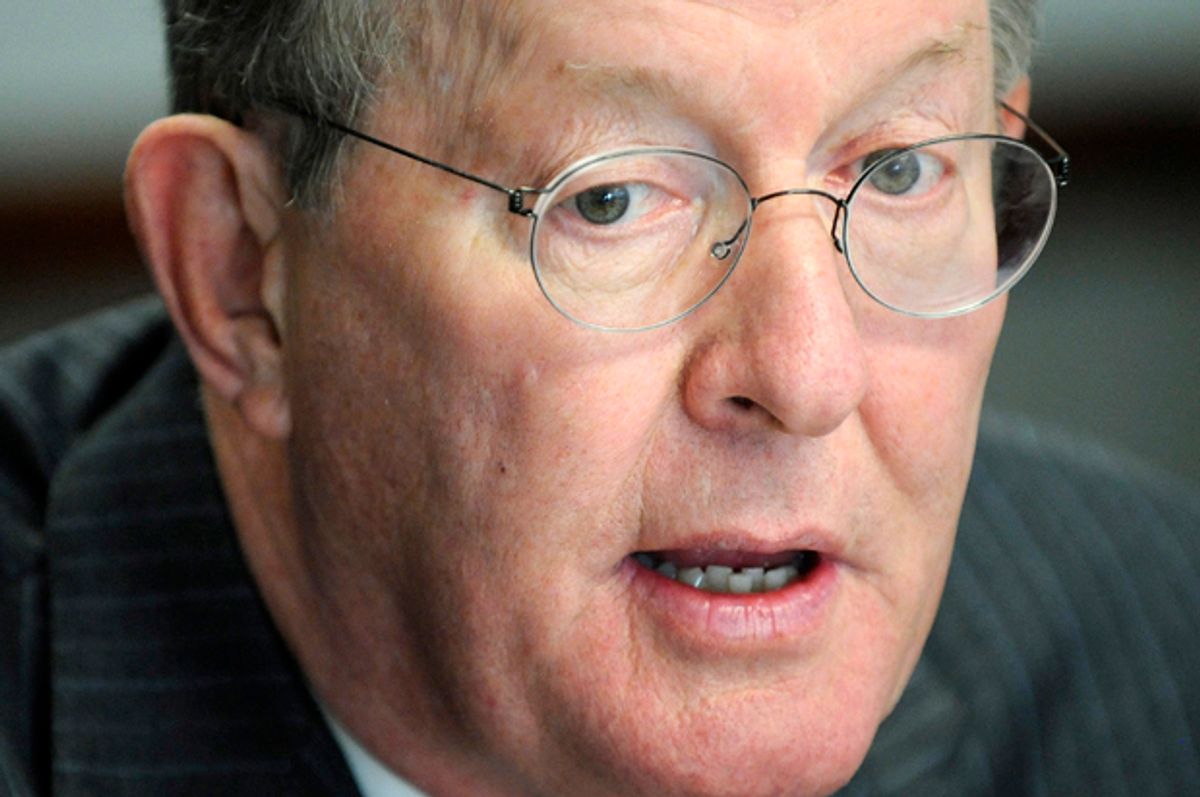 We’re just two days out from oral arguments in King v. Burwell, the Supreme Court case that will decide the future of the Affordable Care Act’s insurance subsidies in the majority of states, and Congressional Republicans are seizing what opportunities remain to work the refs. The GOP rightly views King v. Burwell as its last, best chance for doing significant damage to the law, but the party’s enthusiasm is tempered a bit by the knowledge that a ruling against the ACA will result in millions of people either losing insurance or paying significantly more for coverage. As such, the Republican strategy is to project to the world (more specifically, the court’s conservative justices) the GOP’s readiness to mitigate that fallout. They want to “make the world safe for [Chief Justice John] Roberts to overturn” the subsidies, as one conservative health policy advisor told TPM’s Sahil Kapur in January.

So what is this great and wonderful thrice-declared plan? It’s tough to say. All we know for sure from reading the Hatch, Barrasso, Alexander Op-Ed is that the plan has two parts. Here’s what they write:

First and most important: We would provide financial assistance to help Americans keep the coverage they picked for a transitional period. It would be unfair to allow families to lose their coverage, particularly in the middle of the year.

Okay, but what does “financial assistance” mean? Will the assistance they receive be equal to their Obamacare subsidy? How will it be delivered? How will it be paid for? How long will the “transitional period” be? The senators don’t even attempt to answer these questions.

But part one is the very model of specificity compared to part two of the Republican “plan”:

Second, we will give states the freedom and flexibility to create better, more competitive health insurance markets offering more options and different choices. Republicans understand that what works in Utah is different from what works in Tennessee or Wyoming. We want to give states the time and flexibility to design health-care systems that work for them, not for the bureaucrats in Washington.

We’re no longer even partially in “plan” territory here – these are just talking points. Republicans have been saying some variation of this for the last half decade. All Hatch, Barrasso, and Alexander have said here is that, should the Supreme Court blow a hole in the ACA, they’ll let the states figure out… something. How much time will the states have to figure it out? They don’t say. What sort of “flexibility” will they have? They don’t say. All they know for sure is “freedom” is good and “bureaucrats in Washington” are bad. And this, they have the gall to argue, is the “plan.”

Having provided precisely zero details for their plan to address one of the more urgent policy questions the Republican Congress may have to grapple with, the three senators make the case that the GOP is largely unified in its thinking for the post-King landscape:

We have had many discussions with our Senate and House Republican colleagues on this issue, and there is a great deal of consensus on how to proceed. Many of our colleagues have good ideas, and we look forward to working together.

There is absolutely no reason to believe that is true. If the Republicans were indeed anywhere close to a “consensus on how to proceed” with healthcare policy, then why are they trying to pass off stale, anodyne platitudes about “freedom and flexibility” as the Republican “plan.” The fact is that they can’t get any more specific than that without incurring the wrath of some faction within the party that won’t tolerate tax increases to pay for health subsidies, or is dead set against any sort of regulation of the insurance market. The GOP has been an incoherent mess on healthcare policy for as long as anyone can remember, but the one thing they do agree on is that "freedom" is the alternative to Obamacare.

This is about appearances, and it’s designed to leave the impression that a party that can’t even unite to fund a single department within the government has somehow coalesced around a plan for dealing with a wildly complex and politically sensitive policy issue. Republicans love to quote Nancy Pelosi (sans context) when she said back in 2010 that “we have to pass the [Affordable Care Act] so that you can find out what’s in it.” This Op-Ed is the Congressional GOP is the political equivalent of that. Yes, they have a plan – just get rid of Obamacare and they’ll let you know what it is.