"It’s the Blackness that scares everybody": Why white people favor "African-Americans"

The word "Black" can be disruptive, disarming and political. Here's what it really means when I choose to use it 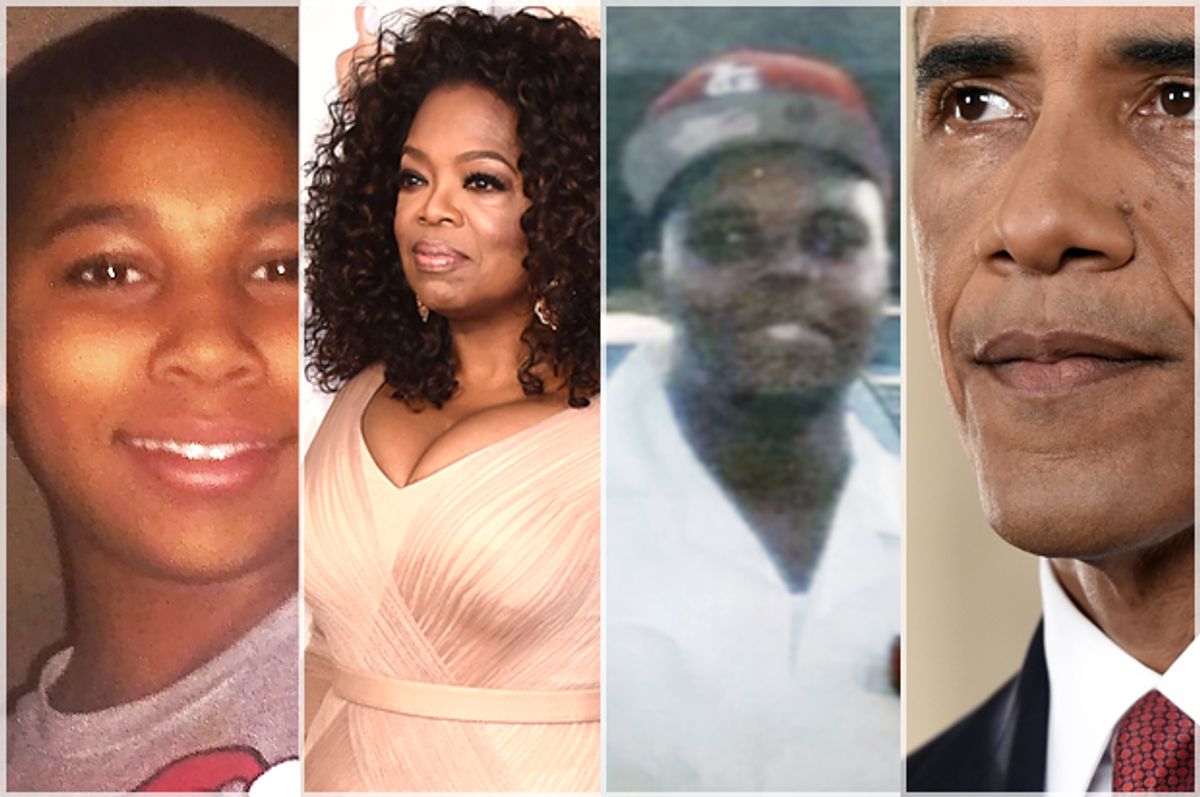 A new study from professor Erika Hall of Emory University’s Goizueta Business School suggests that white people have a far more negative view of the term “Black” than they do of the term “African-American.” For instance, study participants routinely concluded that a person had a higher level of education and job status, if that person was referred to as African-American rather than Black.  “Only 38.46% of participants in the Black racial label estimated that the target was in a managerial position, while 73% of the targets in the African-American racial label condition estimated that the target was in a managerial position.” When the study controlled for the alternate use of “white” versus “Caucasian,” there was no significant perception of difference. Study participants also concluded that targets identified as “African-American” were perceived to have a higher socioeconomic status, to generally be more competent, and to have a “warmer” personality.

“Black” was the first racial label I learned, perhaps because my mother was a child of the 1970s. I was never taught to refer to myself as African-American, and must have intuited that this was the “proper” way to refer to myself after checking boxes on a school form.

In one of our many on-the-playground-at-recess conversations, my white childhood best friend told me that her mother taught her to refer to Black people as “African-American,” and white people as “Caucasian American.” One of my mother’s old boyfriends always referred to white people as “Caucasians,” and the term never caught on for me. Since I didn’t particularly like him, his use of the term always struck me as him trying too hard to “talk proper.”

To this day, if I’m not being really deliberate, or really formal, I refer to myself and other African Americans as “Black.” Blackness rolls off the tongue in just that certain way when I say it loud and proud. I sometimes notice white eyebrows raising when I dare to say the word “Black,” sitting around a boardroom table. It is disruptive. And disarming. And political.

As a kid, I thought “African-American” sounded like a mouthful. Now I’m glad my best friend’s mom taught her to say it.  I don’t have a problem with white people using the term “Black.” But sometimes I do, when it rolls off white tongues like an accusation.

Now that racial politics in the U.S. South are not my only frame of reference, my investment in the term “Black” also has to do with being in solidarity with the many other Black people in this country and in the world, who are not American, who hail from the Caribbean or the Continent or other European countries, too. Though racial politics play out differently in all those locales, what we share in common is the global problem of white supremacy. And it is because of these shared political histories, and because of the political legacy of Blackness, that I capitalize this word, even though I frequently do not capitalize “white.”

Perhaps the adoption of an American identity, even a hyphenated one, makes Black people feel safer to white people. Perhaps adoption of that moniker signals that we are willing to fall into step and into line with what America says about us. Perhaps Blackness really does conjure visions of insurrectionary dark-skinned people ready to revolt against the violent machinations of whiteness.

I don’t know. At least not fully.  But I know two things.

I want each and every name that belongs to me. And I want the power to decide what to do with them, when to use them, and what to let you call me. For the ability to name oneself is power—a power too long denied to African-American people.

To be clear, Black people have been obsessed with how we refer to ourselves ever since we had the freedom to choose. In her 1904 essay “Do We Need Another Name?” Fannie Barrier Williams outlined the existing debates between Black intellectuals over whether we should call ourselves “colored,” “Negro” or “Afro-American.” W.E.B. Du Bois, said, “I am a Negro. And a Negro’s son.” But a Dr. T.R. Abbott of Toronto argued, “ a new and distinctive name is required. I know of no other so appropriate as Afro-American.”

In the 1960s, Pauli Murray patently refused to call herself “Black,” preferring the term “Negro.” For her, the struggle to have newspapers capitalize “Negro” was a hard-fought battle, and one she didn’t want to give up to adopt the more militant “Black.” One of her students even begin to keep a tally in her lectures at Brandeis in the late 1960s of how many times she used “Negro” versus “Black.”

This current debate, then, is not new. Black people have long known that the terms by which we refer to ourselves have political implications, and influence how white people understand and interact with us.

Second, I know this study officially demonstrates something that the #BlackLivesMatter movement has been implicitly telling us for months now. You can hold great respect for individual African-Americans and still be deeply invested in anti-Blackness as an ideology and a way of life.

These differing Black realities can co-exist because of the paradox at the heart of American exceptionalism. This country’s grand “experiment with democracy” was built on the fundamental contradiction of meaning only some men (and no women) were created equal when it said all men.

W.E.B. Du Bois referred to our hyphenated identities as a “twoness,” a double-consciousness at the intersection of African identity and American identity. He wrote famously that these were “two warring souls in one dark body threatening to rip it asunder.” Blackness, to me, feels like singularity, like wholeness, like clarity. I do not want my Black body to be at war, and I do not consent to it being ripped asunder.

Over the weekend, I traveled to Harvard Law School to participate on a panel at the Harvard Black Law Students Association Spring Conference. These students are all summarily impressive – whip-smart, polished and poised to become leaders and powerhouses in their own right. And they know it. So when during our “Black Media Matters” panel, the question of positive representations of African-Americans on television came up, as it inevitably does in gatherings of this sort, the students were shocked when I told them that I am not particularly invested in all or most Black shows being “positive.”

Black lives are messy, complicated, difficult, brilliant, tragic, comedic, exasperating and awe-inspiring, often at the same damn time. I want to see all this on the screen, not just the good, positive parts. That is never the whole story.

But I was reminded how much young African-American strivers hold dear the belief in their own exceptionalism. My exceptionalism was a part of my personal legend as a young Black girl with dreams that took me far beyond my working-class, semi-rural Southern community.

I knew that it was precisely because I was “not like other Black people,” as my white friends used to tell me, that I had the opportunity of a fighting chance. I spent far too much of my childhood trying to figure out and navigate the terms of my sameness and my difference with other Black children, because while I did not want to be different than them, everyone – even them – told me I was.

The thing is, I never fully bought into the lie, though. I am a Black woman, formerly a Black girl, always a Black person who is proud of – because I was taught to be -- my own Blackness. Because it is my Blackness – my kinky hair and dark brown skin and round posterior—that white supremacy devalues, not my “African-Americanness.”

This is why we must affirm that Black lives matter. It’s the Blackness that scares everybody. Especially if you embrace it. To be clear, I am an African-American, too. Whether conjoined by a hyphen, I carry both these places and these peoples in my veins and in my name.  But in affect, comportment, culture, politics and disposition to whiteness, I am unequivocally and unapologetically Black. Real Black. Now say it loud.