Shonda Rhimes and Lena Dunham are still in the minority: TV writing jobs for women and minorities plummeted last year 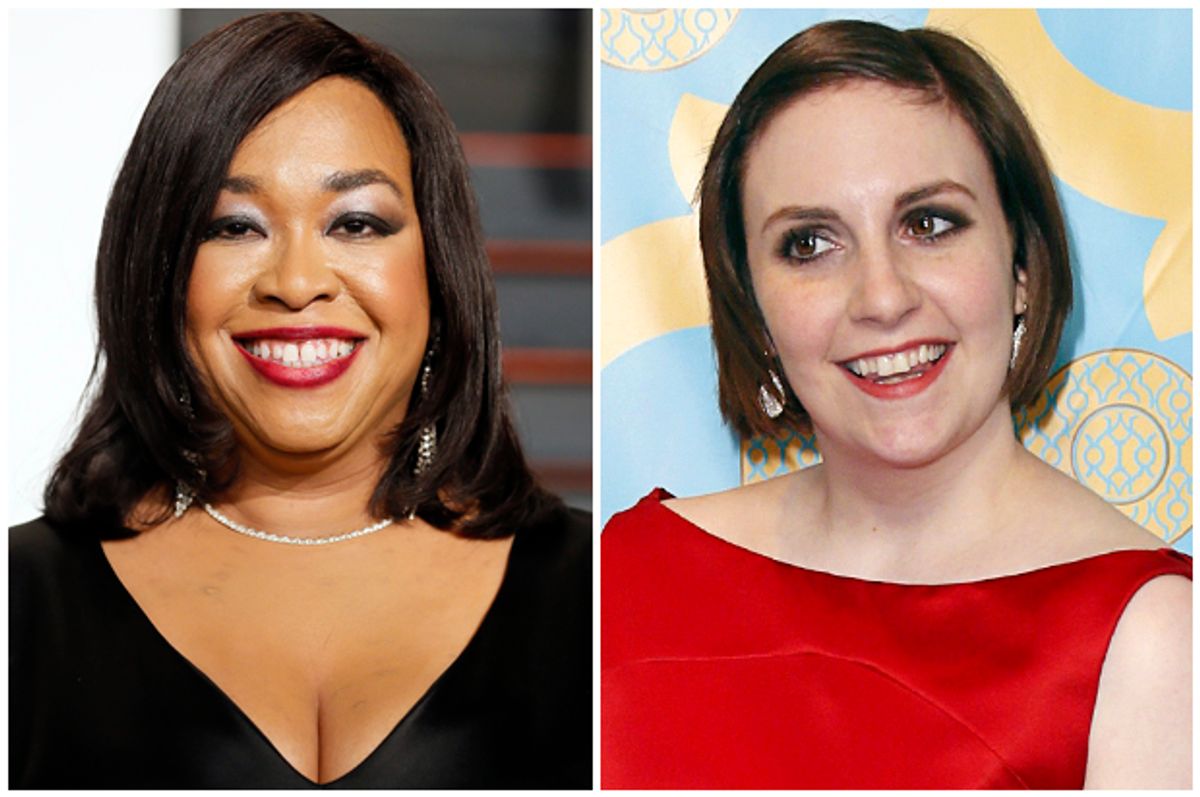 With the state of women in Hollywood looking increasingly bleak (save us, J.Law!) many have pointed to TV as the solution to Hollywood’s diversity problem. As Jon Lisi wrote in PopMatters, "for the most part, popular television in the United States lacks Hollywood’s white male problem,” while Julie Klausner recently told Fusion that "television, because it’s a collaborative medium by its nature, has always been better for women."

To be fair, there have certainly been a lot of high profile women and people of color dominating the TV landscape as of late, with prominent showrunners like Shonda Rhimes, Jenji Kohan, Lee Daniels and Lena Dunham, and shows like "Black-ish," "Empire," "Fresh off the Boat," and "The Minority Report" contributing to TV's sunny reputation as Hollywood's more equitable younger sibling. Yet a recently-released report from the Writers Guild of America West indicates that the small screen might be as bad as the big one when it comes to diversity behind-the-scenes. According to the study, jobs for women, as well as for minority and older TV writers, plummeted in 2013-14. “Women and minorities have actually lost ground as compared to their white male counterparts, both in terms of overall staff positions and in higher-level executive producer ranks,” the study reads.

Although diversity has improved incrementally over the past decade, UCLA sociology professor Darnell Hunt, who authored the report, explained that "While the general pattern consists of an upward trajectory in diverse sector employment, the rate of progress has failed to keep pace with the rapid diversification of the nation's population.” Sure, we may live in the age of ShondaLand, but unfortunately it’s still very much a white man’s world.