As dozens of schools are investigated for mishandling rape reports, hundreds more are fighting to prevent the crime 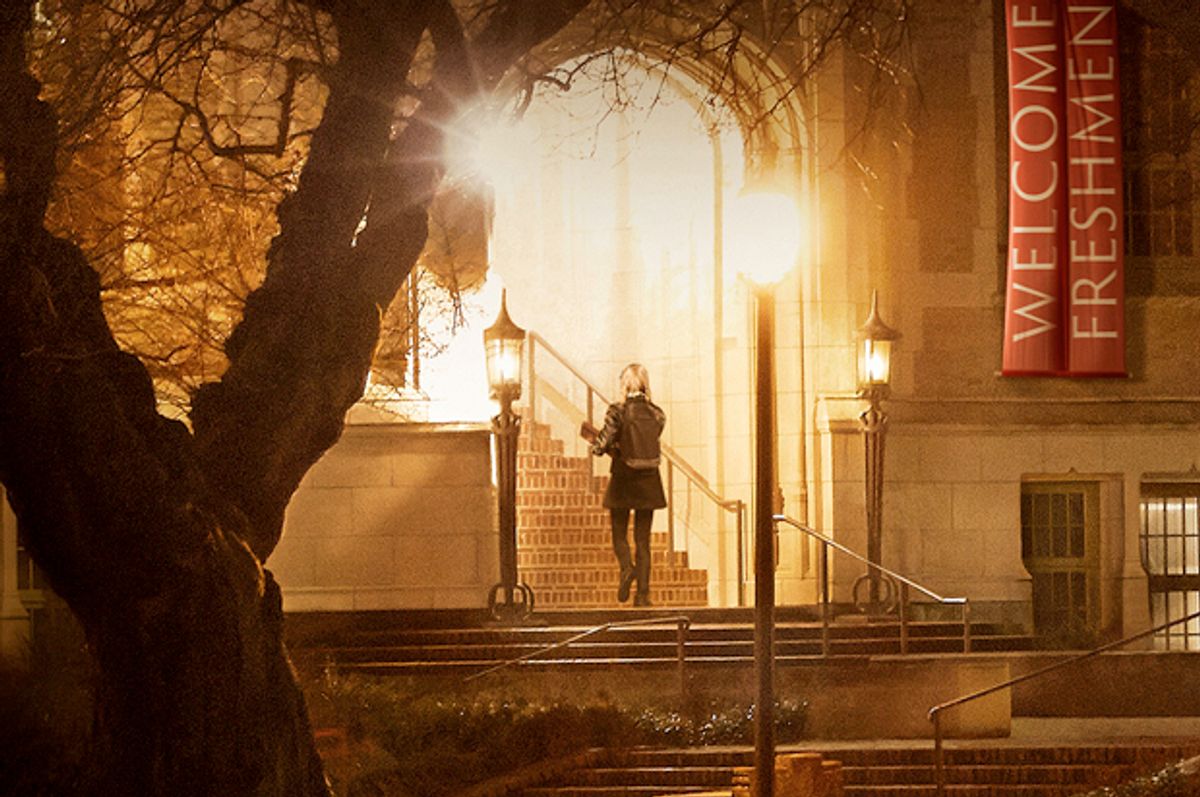 Last weekend, I went to a screening of "The Hunting Ground," the devastating new documentary on campus rape that has further opened the dialogue about the way colleges and universities handle (or fail to handle) sexual assault allegations. Seeing the film is not a light or fun Friday evening activity; it is a wake-up call, and left me reeling for the rest of the night despite the fact that I write about campus sexual assault all the time. I am all too familiar with the flawed rape investigation of Florida State quarterback Jameis Winston, but it didn't make it easier or less jolting to watch his accuser, Erica Kinsman, describe having her face pressed against the cold tile of his bathroom floor while he sexually assaulted her, on camera.

The power of "The Hunting Ground" lies in highlighting stories such as Kinsman's, which are far too numerous and similar to one another to let viewers leave the theater without feeling nauseated. And yet, plenty of people want to see the film -- more specifically, plenty of people who need to see it most.

According to the Huffington Post, 52 colleges and universities have confirmed with the documentary's distributor that they will host screenings on campus, but the number is likely much higher. Filmmakers Kirby Dick and Amy Ziering told HuffPost they've received inquiries from over 1,000 campuses across the country to screen "The Hunting Ground," indicating not only a massive demand for information on the part of students, but an existing awareness that institutions of higher education are in crisis. Students want something done. So they're doing it themselves.

What's notable about the list of schools that have reached out to Dick and Ziering isn't just how many of them there are (though the number is astounding), but which campuses want to host the film. Several of the schools are included in the documentary, and let's be very clear: I can't name a single institution that looks good at the end of it. "The Hunting Ground" has several interludes of harsh statistics, indicating how many students have been suspended or expelled for sexual assault at schools such as the University of Virginia and Dartmouth College -- both of which have confirmed screenings, and both of which happen to be under federal investigation for their alleged mishandling of rape reports.

A half dozen other universities also under Title IX investigation -- Brown, Iowa State, Johns Hopkins, Columbia, University of Colorado and University of Kansas -- have also confirmed screenings, which should tell us something about the state of awareness among the students most likely to have their institutions fail them. As the documentary details, the complaints that launched federal investigations of 55 campuses across the country were filed by survivors who attend them -- people who have experienced firsthand the miscarriages of justice so common when schools aim to protect their brands and bottom lines over the interests and safety of their students.

But now they're also being joined by their peers, likely by other survivors and by other students across the country in unmasking the problem at home and trying to fix it. It's both heartening and damning at the same time, that students will go to great lengths to try and protect themselves from the institutions meant to protect them -- and that they're as willing to confront the campus sexual assault crisis and their schools seem to be eager to cover it up.