(In legal states, that is) 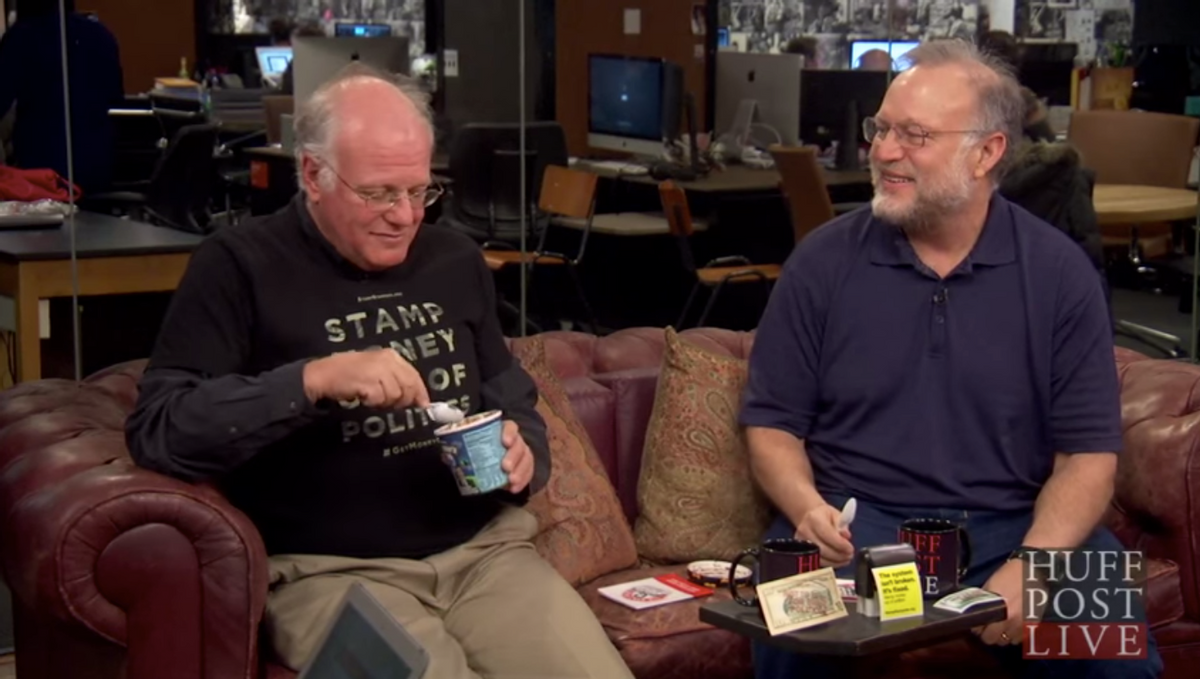 It probably won't come as a shock that the duo behind Ben & Jerry's who "have had previous experiences with substances," are all for introducing a weed-infused ice cream to their collection.

The co-founders sat down with HuffPost Live in February and -- between gulps of their own ice cream, naturally -- addressed the issue of legalization of marijuana in the U.S.

After one HuffPost Live commenter suggested that Ben & Jerry's offer a "cannabis edibles flavor," Ben Cohen jumped right in: "Makes sense to me. Combine your pleasures!" he said.

Jerry Greenfield seemed just as amped on the prospect of a weed-infused ice cream but approached the question with a bit of pragmatism. Turns out, Ben and Jerry aren't the ones making these calls at the end of the day (despite, you know, being the namesake of the company), and Greenfield would prefer to leave this matter in the hands of the big guys.